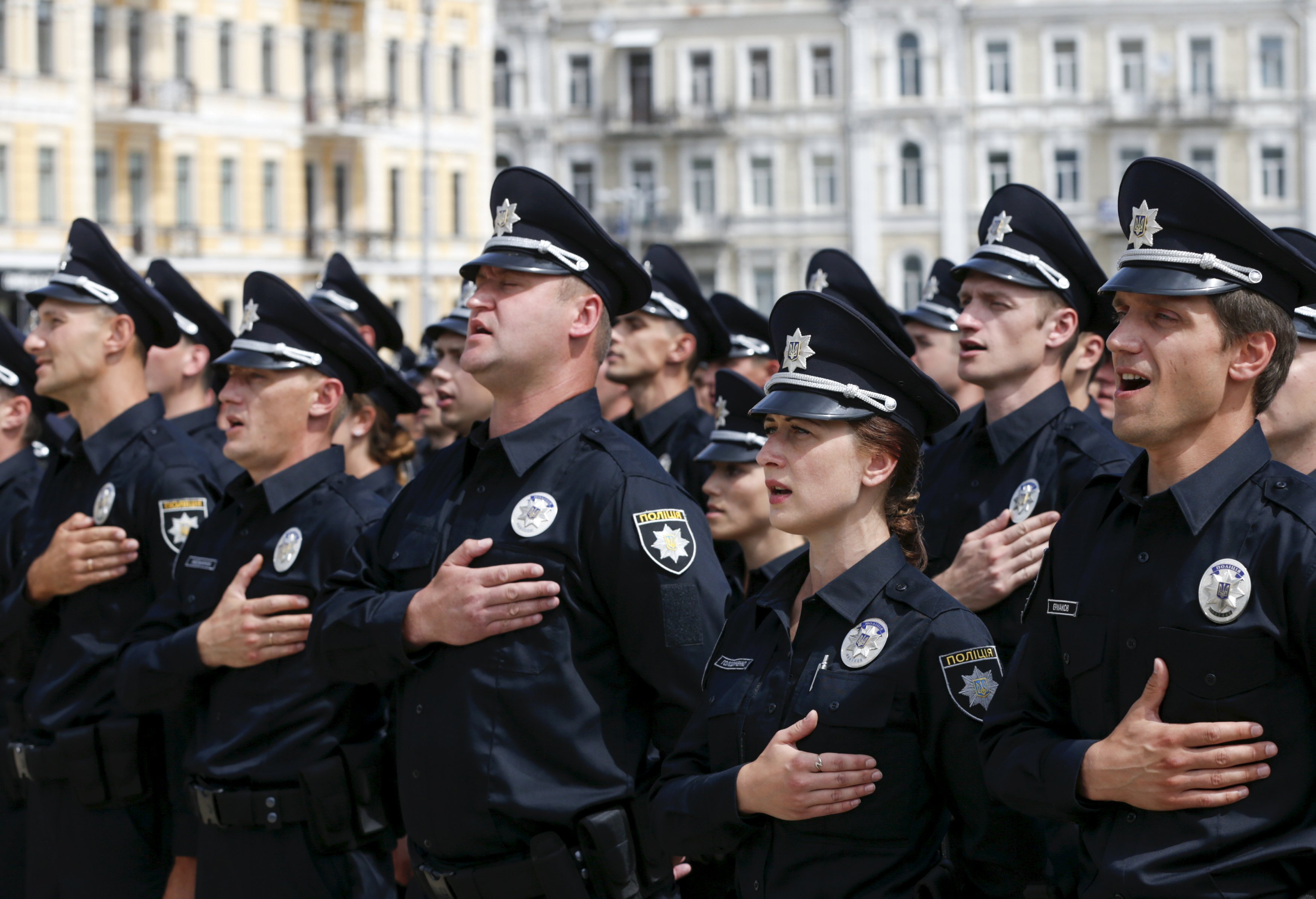 KIEV, Ukraine -- Only a few months ago, Kiev residents would normally avoid the police if they could help it. The officer would be of no use on a complaint - or worse, would demand a bribe.

Not any longer. These days, Kiev residents approach members of a new police force that has hit the streets - and even ask to take a picture with them. It's being welcomed as the Ukrainian government's first visible reform since it came to power in February 2014.

In the first phase of a comprehensive overhaul, the entire traffic police corps of Kiev was disbanded and replaced on July 4 by a retrained force - with new powers to make arrests as well as issue speeding or parking tickets. The police reform ultimately aims to retrain, and possibly replace, the entire Ukrainian Interior Ministry, including elite inspectors on serious crimes such as murder and corporate fraud. The initiative is supported by the United States and managed by Eka Zguladze, who was in charge of a largely successful police reform in her native Georgia.

One of the pledges of the new Kiev government, which took over last year after pro-Russian President Viktor Yanukovych fled the country, was to combat rampant corruption in Ukraine's police. Just as in neighboring Russia, Ukraine's police corps was perceived as chronically extorting bribes and harassing citizens.

The new government decided to start from scratch. The first phase replaced the old traffic police with a new 2,000-strong patrol team trained by Ukrainians who had themselves received instruction from American officers. While the traffic police were suspended rather than sacked, it is still not clear whether the old cops will be able to come back.

The backbone of the overhaul was a training program this year for 100 Ukrainian police instructors, run by the U.S. Department of Justice and the Bureau of International Narcotics and Law Enforcement Affairs. They went on to teach the new police course in Kiev for the inaugural class of new officers who hit the streets this month.

William Brownfield, the U.S. assistant secretary for International Narcotics and Law Enforcement Affairs, has been advising the Ukrainian government on the police shakeup. He had a scathing assessment of the original state of affairs.

"The conclusion appears to be unanimous that - whatever you may think of the politics, external actors or the economy - the police was not working well," said Brownfield, who has been advising nations on police reform for two decades.

The reform, to which the United States has contributed $15 million, is expected to take from five to 10 years to complete. The creation of the new patrol force in Kiev is still described as an experiment. Other branches of the police in Kiev have not been disbanded. Several other big Ukrainian cities like Mykolaiv and Odessa will get new patrol police in the coming months.

Along with the American training, the new officers got American-styled uniforms and are all young and fit, in sharp contrast to their balding pot-bellied predecessors. Good looks sometimes seem like a prerequisite for the job - giving the initiative the air of a publicity stunt, one of the criticisms leveled at the reform.

Kateryna Lyshnevska, a 29-year-old who used to run a small business, signed up for the police course and was accepted in what has been described as 10-to-1 competition for the job. Lyshnevska said she was attracted by the stable pay, as well as the prospect of being able to help bring long-anticipated reforms to life. "I believe in reforms and wanted to help with the reforms to make history in our country," she said.

Kiev residents routinely stop members of the new police corps and ask for a photo with them. And they seem genuinely surprised at officers lending a hand - without asking for a bribe.

For Interior Minister Arsen Avakov, the first visible outcome of the reform is a four-fold increase in the number of calls that Kiev police have received since the new force was sworn in.

"People started to call more often because there is more trust," Avakov wrote recently on Facebook. "And this is a challenge for the new police too: we can't let (people) down."

Avakov admits that a lot of police officers are opposing the reforms but says that the government is determined to press on.

"The old system has greeted the creation of the new police with resistance," he said. "(We will) use our will to convince those who want to keep the old ways."