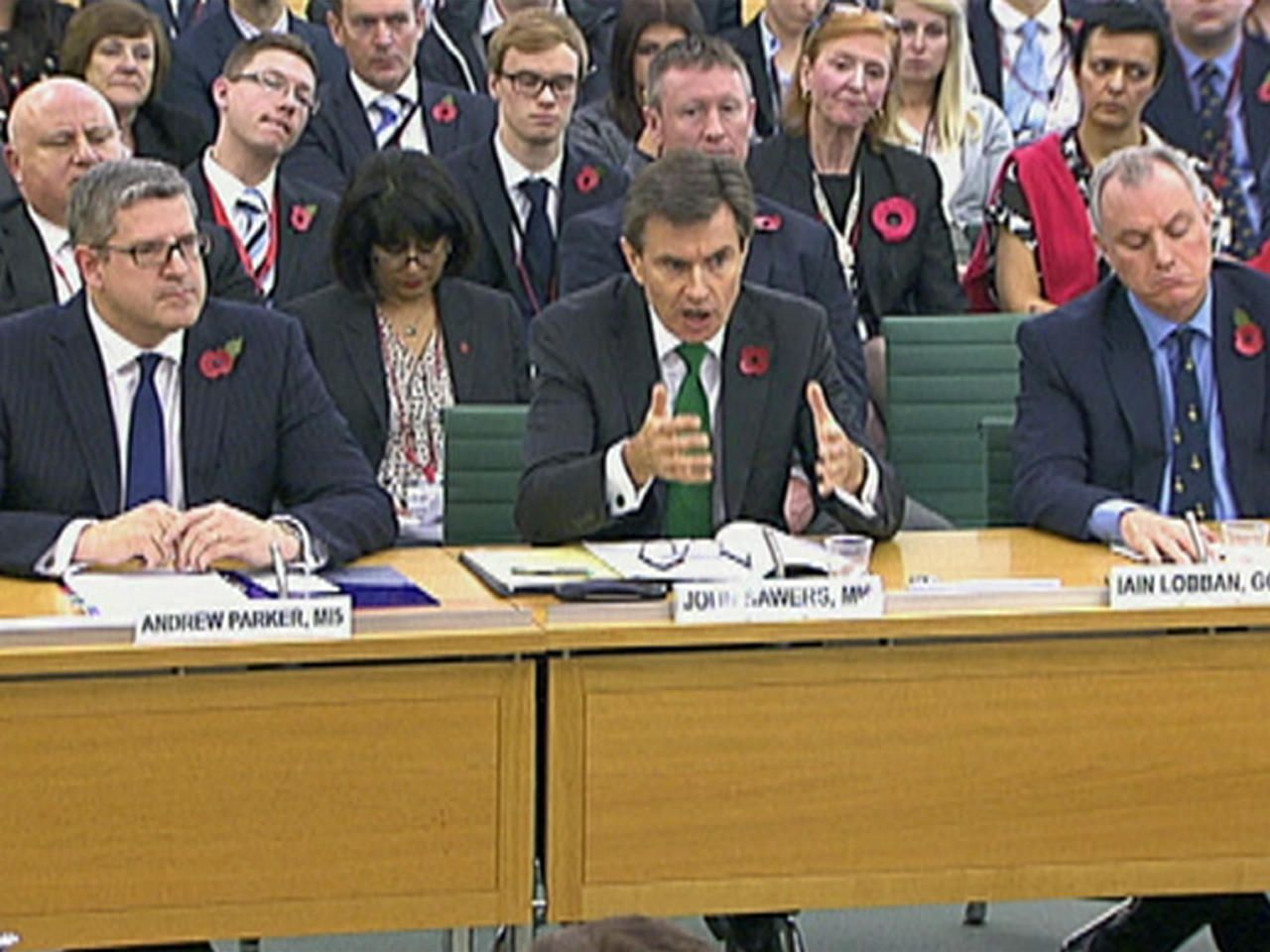 LONDON Al Qaeda and other terror groups are having a field day with the leaks from former National Security Agency contractor Edward Snowden, U.K. spy chiefs told lawmakers Thursday in a strong condemnation of the American's espionage revelations.

Iain Lobban, chief of the eavesdropping agency GCHQ, said his spies have picked up "near-daily discussion" of the unauthorized disclosures among his agency's targets. His colleague John Sawers, the chief of the British foreign spy agency MI6, was even more explicit.

"It's clear that our adversaries are rubbing their hands in glee," he told lawmakers. "Al Qaeda is lapping it up."

U.S. officials have repeatedly warned, without providing much evidence, that the leaks were educating America's enemies about how to avoid detection.

Lobban came closest to giving a concrete example, saying that GCHQ had caught terror groups in the Middle East and elsewhere discussing how to switch to more secure means of communication after the Snowden leaks broke.

"I am not going to compound the damage by being specific in public," he said, promising lawmakers a private briefing on the details.

The fact that Lobban was even speaking publicly at all was highly unusual.

He, Sawers and Andrew Parker, head of MI5, Britain's domestic spying agency, were at Parliament for their first public and televised testimony before the House of Commons' Intelligence and Security Committee. Their appearance - broadcast with a brief time delay in case anything classified unexpectedly came out during testimony - comes amid an international debate over British and American intelligence tactics triggered by Snowden's revelations.

All three spy chiefs insisted their agencies operate within the law, guaranteeing parliamentarians that their work was both legal and proportionate.

"We do not spend our time listening to the telephone calls or reading the emails of the majority," said Lobban.

He defended GCHQ's work scanning the Web, taking the needle-in-a-haystack metaphor often used by defenders of the NSA to a new level when he compared the Internet to an "enormous hayfield" which GCHQ analysts had to scan for "fragments of needles."

The rest of the 90-minute session focused on the war in Syria, cyberattacks against the U.K., and the lingering terror threat from Northern Ireland.

Syria got a particular amount of attention, with Parker warning that the civil war there was drawing in a large number of British residents to fight in the service of Islamic extremism. He said his intelligence service had "seen low hundreds of people from this country go to Syria," noting that some of them had since returned to the U.K.

The figure was a significant increase from the estimate of "some 100" Parker had given previously.

Western intelligence officials have long warned that the war between rebels and Syrian President Bashar Assad's government was attracting foreign fighters from European countries, many of whom have joined hard-line Islamic militant groups. In September, British officials charged two brothers with attending a terror training camp in Syria.