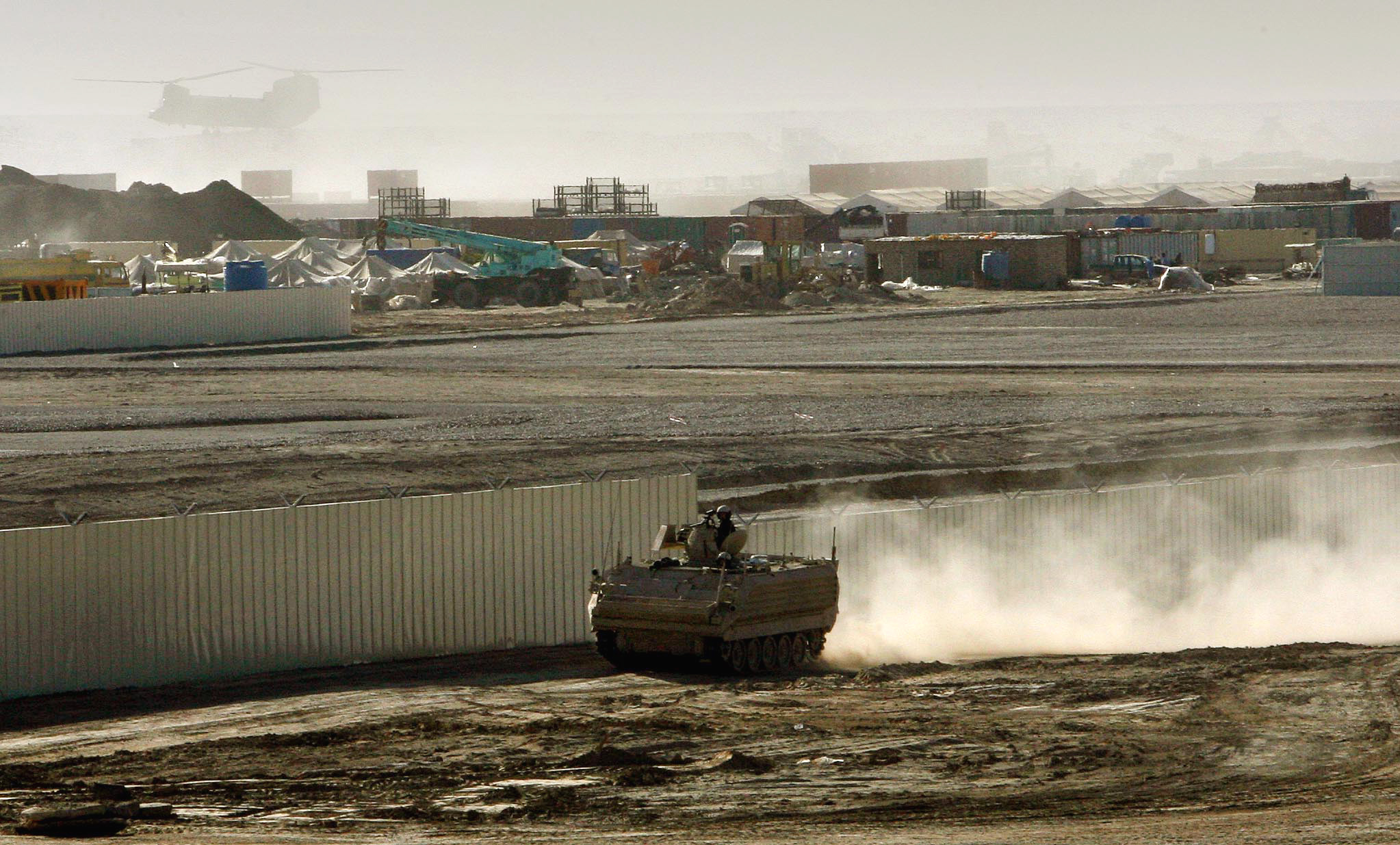 (CBS/AP) LONDON - A British soldier who was complaining of stomach pains gave birth to a son while serving in Afghanistan at the same camp where Prince Harry is deployed and a Taliban attack last week killed two U.S. Marines.

Britain's defense ministry said Thursday the soldier told authorities she had not been aware she was pregnant and only consulted doctors on the day that she went into labor.

The birth in a combat zone field hospital is thought to be the first ever case of its type for Britain's military.

The Fijian national, a gunner with the Royal Artillery, delivered the child Tuesday at Camp Bastion, the major British base in southern Afghanistan's Helmand province, which last week suffered a major attack in which two U.S. marines were killed and six American fighter jets destroyed. She is one of about 500 British military women serving in Afghanistan, and also among around 2,000 Fijians who serve in the British military, even though the country became independent from Britain in 1970.

Britain's defense ministry said Thursday that it had not been aware the soldier was pregnant, and stressed that it does not allow female soldiers to deploy on operation if they are pregnant. It declined to say whether the soldier, who has not been named, was aware of her pregnancy.

"Mother and baby are both in a stable condition in the hospital and are receiving the best possible care," the ministry said in a statement. It said a team of doctors would fly out to Afghanistan in the coming days to help the solider and her son return safely to Britain.

Although the soldier's child was conceived before her tour of duty began in March, she is not likely to face censure. Britain has sent female soldiers home from wars after they became pregnant - including about 60 from Afghanistan - but hasn't previously had a servicewoman go into labor in a war zone.

In 2009, the U.S. military in Iraq issued a policy that could punish soldiers who became pregnant there and their sexual partners - then quickly rescinded it after a storm of criticism.

Camp Bastion, which hosts the U.S. Camp Leatherneck, is home to the most of Britain's 9,500 soldiers in Afghanistan, including Prince Harry - who arrived there earlier this month to serve as an attack helicopter gunner.

Maj. Charles Heyman, a retired officer and author of "`The British Army Guide" said the unexpected birth would cause some concern at the base.

"This sort of thing makes life difficult for everyone else, but the important thing is the welfare of the female soldier. This could have gone wrong and we don't know if the attack on Camp Bastion might have forced the birth," Heyman said.

Heyman said it may have been "that the excitement of the tour masked the symptoms of the pregnancy."

Belinda Phipps, chief executive of the National Childbirth Trust, a British parenting charity, also suggested the soldier's demanding duties could explain why she either didn't know she was pregnant or attempted to ignore the signs.

"It could be that she was so very focused on other things, and because she was in a life-or-death scenario, that she simply didn't recognize that she was pregnant," Phipps said.

Phipps said the pregnancy may not have been obvious to the soldier's colleagues. "Not everyone has a very big baby bump, some women carry their baby far inside," she said.

Patrick O'Brien, a consultant obstetrician at University College London Hospital, said cases of unexpected pregnancies were unusual but that he encountered at least one each year.

"There are some women who have very irregular periods, often women who are very fit and exercise a lot. There are women who don't have sickness during pregnancy. Some women - particularly those who are overweight - don't recognize they have put on weight, or feel the baby moving," O'Brien said.

Many cases involved women who refuse to accept that they were pregnant and attempted to disguise it, particularly young women living at home.

"It's not just that they hide the pregnancy from their parents, they often become in denial of the pregnancy," he said.

"If you have a combination of any or all of those things, a pregnancy can go undetected, or the woman can be in denial of it if the implications to their life are so great," said O'Brien, a spokesman for the Royal College of Obstetricians and Gynecologist.

A 2002 survey of Berlin hospitals between 1995 and 1996 found that about 1 in 475 pregnancies were either undetected or denied. About 40 percent of the women had seen a doctor while they were pregnant, who also failed to detect the signs.