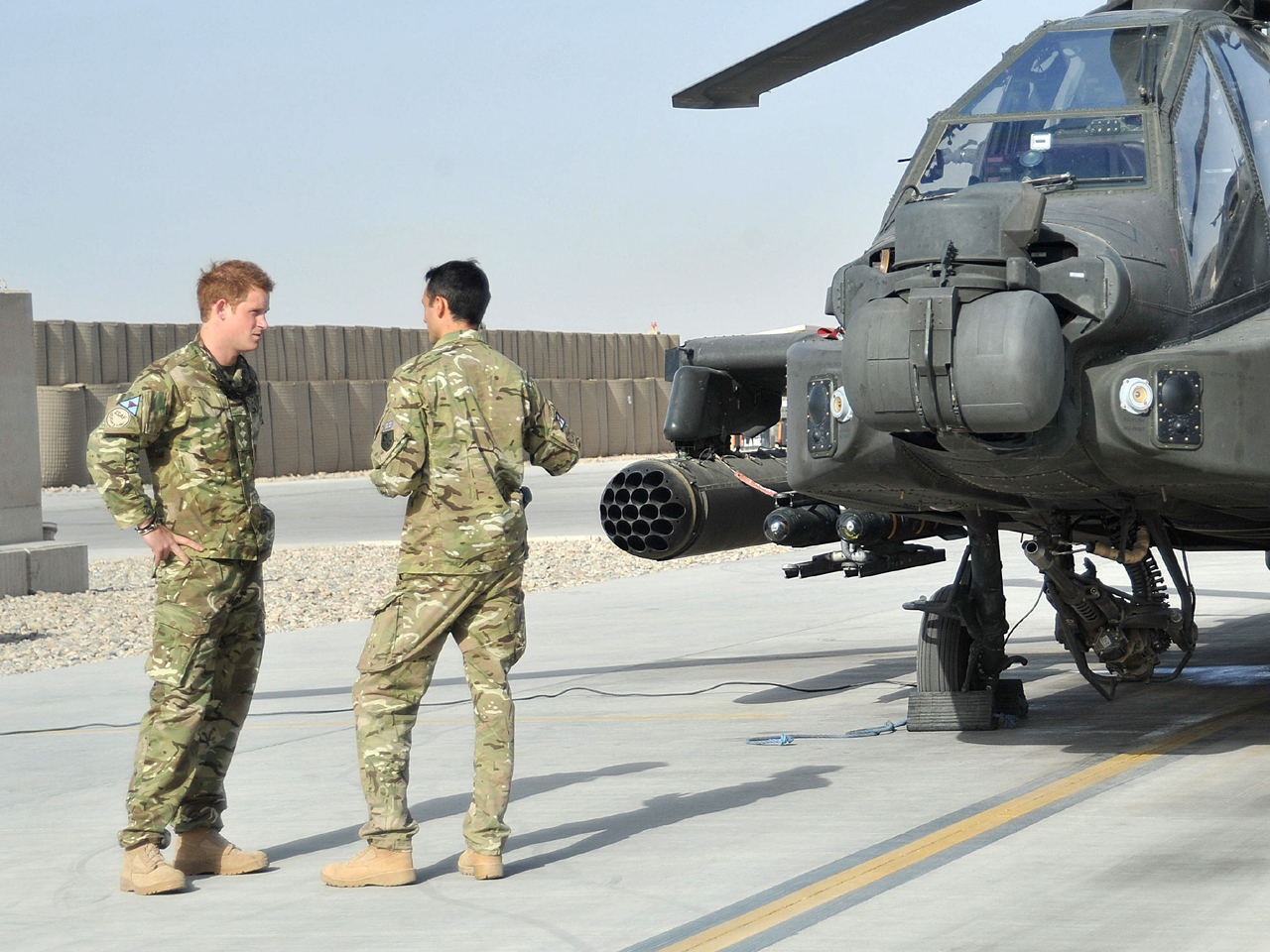 (CBS/AP) LONDON - Prince Harry is back in Afghanistan. The British royal - third in line for the throne behind his father Prince Charles and brother Prince William - arrived in Afghanistan Friday for his second stint on the front lines.

According to the British media, Harry will spend his four-month deployment aboard an Apache attack helicopter, one of which he inspected upon his arrival Britain's Camp Bastion, in the Helmand province.

The British reporter tasked with covering Harry's arrival for the U.K. media said he looked "relaxed, if slightly tired," after his journey on a standard military flight from England.

Harry was to undergo about 10 days of acclimatization before being sent out on combat missions as a co-pilot gunner.

According to St. James Palace - the official office of the prince, Harry's father Charles is "immensely proud of his son."

A palace spokesman told the British press that Harry has "approached the deployment with a range of emotions like any other soldier and feels both pride and anticipation as he deploys for a job he's trained for, for so long.

"Prince Harry, like any soldier, considers it a great honor to represent his country in Her Majesty's armed forces wherever it chooses to deploy him."

Asked by CBS News whether Harry's deployment was brought forward in an effort to overshadow the 27-year-old royal's recent visit to Las Vegas - specifically his appearance in nude photos which were sold to news organizations - a spokesperson for St. James Palace insisted that was not the case.

"This has been on the cards for some time and was not just pulled out of the bag because of Vegas," said the palace official.

Harry previously served as a battlefield air controller in Afghanistan for 10 weeks from December 2007, but was sent home early (video) after the details of his secretive presence in the country were made public - first by an Australian celebrity magazine and later on the Drudge Report website.

With the war still in full swing, Britain's Ministry of Defense decided the prince was too tempting a target for Taliban insurgents, unnecessarily endangering the other troops serving with him, and the royal himself.

His tour made Harry the first member of the British royal family to serve in a war zone since his uncle, Prince Andrew, flew as a helicopter pilot in the Falkland Islands conflict with Argentina in 1982.

Harry was awarded the Operational Service Medal for his 10 week tour in Afghanistan, along with the other 170 members of his Household Cavalry Regiment, in a February 2009 ceremony.

Two years later, the young prince told a crowd at an awards ceremony for British service members that he would be deployed to Afghanistan for a second tour, likely in 2012.

"I can't wait to get out there," the Sun newspaper quoted Harry as saying.