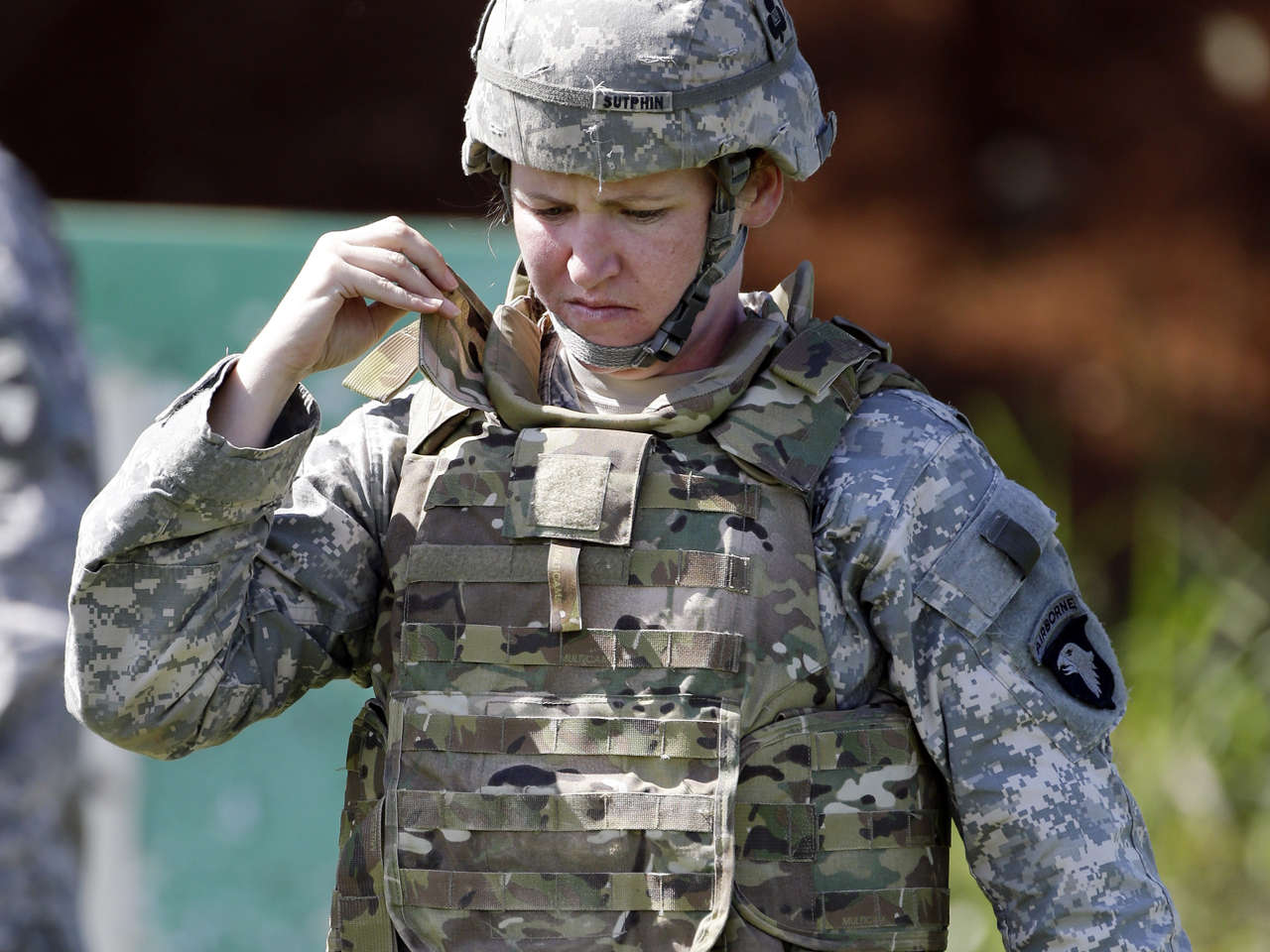 Members of a female engagement team from the 101st Airborne Division, who will be directly interacting with Afghan women during the coming deployment, have been equipped with the female prototypes of the newest generation of Army tactical vests.

On Tuesday at the Army installation on the Tennessee-Kentucky state line, the female soldiers showed the new features of the vests during qualification trials with their M4A1 rifles.

The 101st Airborne Division first suggested the idea of a better-fitting vest for women in 2009 after female soldiers said that they often had trouble bending over, getting in and out of tight spaces like military vehicles, or positioning their rifles against their shoulders, said Maj. Joel Dillon, the Army's assistant product manager for the vests.

Dillon said the long plates inside the vests would rub against their hips and cut into their thighs when they sat down.

After a lot of testing and measurements, the Army came up with a vest that is shorter to accommodate smaller torsos and has tailoring to fit closer to women's chests. The new vest eliminates gaps between the material and the body and can be fitted with smaller side ballistic inserts for small waist sizes.

"With a vest that is too long, if they lay their rifle on the ground or drop it, it's very hard to bend over to pick it up because that plate digs into their side. Now they can bend down and touch their toes and so they are more mobile and therefore you can get additional safety because you can perform better," he said.

The vest has a lighter feel because it won't rest on the female soldier's shoulders like the male versions do, Dillion said.

The need for better-fitting armor became clear as women in the Army have been fighting on the front lines of Iraq and Afghanistan for years, Dillon said. He noted that women now make up 14 percent of the Army and are closer to combat than they have been previously.

"These female engagement team soldiers will be going on patrol with infantry units, engaging with the female populace. Because of that, they are going to be on the front lines, so we want them to be the first to be fitted with this new armor," he said.

Based on comments from 19 female soldiers wearing the new body armor, the Army will continue to make adjustments before going into large-scale production for the rest of the Army.

Spc. Gilliann Campbell, 22, called the new body armor "a dream" compared to the old vests. A former gymnast, Campbell said she feels much more flexible in the new vests and demonstrated that with a couple of cartwheels.

"I remember as a joke, my friends tipped me upside down and my old armor fell right off me. It didn't fit me at all. But with this, I did a cartwheel when I first got it and it did not move at all," she said.

Small differences in the vests, like having enough space on her shoulder to set her rifle or being able to get the armor on quickly, can be critical when you only have seconds to react in combat, Campbell said.

"I feel safer in my own abilities because it lets me do what I need to do as a soldier," she said. "With my other armor, I felt a fear in my head that I was not able to perform to the best of my abilities. Now I can."

Spc. Sarah Sutphin, 32, said women in the Army had to make adjustments to work around the limitations of the male-designed body armor. She said the benefits of a better fit became clear during their marksmanship training Tuesday. Previously, they would have to shift the vests while firing their rifles, or move gear around on the vest so they could lie closer to ground, she said.

She said she didn't even realize how ill-fitting the old vests were until they started trying out the new vests for the last couple of weeks.

Sutphin added, "We need to be protected and still do our jobs and be able to fire our weapons the same."