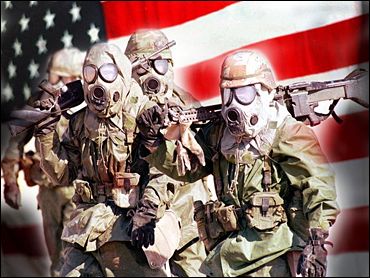 Britain's High Court on Friday upheld a landmark legal ruling that officially recognizes Gulf War Syndrome as a disease, a decision that veterans hope will facilitate thousands of compensation claims.

The court rejected a Ministry of Defense appeal against the earlier ruling by a pensions tribunal, which said 44-year-old army veteran Shaun Rusling was suffering from Gulf War Syndrome attributable to military service.

Justice George Newman ruled there were no legal grounds for the government appeal, but he did not express an opinion on whether Gulf War Syndrome existed as a "single disease entity." He said future compensation claims would have to prove the syndrome's existence on a case by case basis, and warned that claimants would face lengthy legal battles with the government.

"This court is not in a position to express any view on the merits of the dispute as to whether, according to current medical research, Gulf War Syndrome is or is not a 'single disease entity,'" Justice Newman said in his ruling. "It has not done so by this judgment."

"But a claimant who bases his claim for entitlement on the condition will carry the onus proving its existence on the balance of probabilities," he said. "Each case will depend upon its own facts."

But Rusling's lawyers welcomed the ruling, saying it prevented the Ministry of Defense from stopping veterans seeking to prove the existence of Gulf War Syndrome.

"Today's decision will not just affect Shaun and those veterans who served in the first Gulf War conflict, but potentially the whole of the U.K. veteran population," Linder Myers Solicitors said in a statement.

They said the court had upheld veterans' rights to pursue an appeal to the War Pensions Appeal Tribunal "in circumstances where the veteran feels that the Secretary of State has attached the wrong label to the symptoms being complained of."

"The court's decision today is final. Had the court found in favor of the Secretary of State (for Defense), the secretary would have been entitled to prevent any veteran the opportunity of attempting to prove the existence of Gulf War Syndrome and by so doing, obtain recognition of their condition," the lawyers said.

Ten years ago, Rusling, a former sergeant in the elite Parachute Regiment, was turned down by the government's War Pensions Agency for an army disability pension on the advice of Ministry of Defense doctors.

He later won backdated pension pay, based on the ministry's assessment of what it calls "symptoms and signs of ill-defined conditions," or SSIDC.

But Rusling continued to fight for official recognition of Gulf War Syndrome — which the government says doesn't exist — and last year a pensions appeal tribunal in Leeds, northern England, ruled that "the injury, wound or disease on which the claim is based, namely Gulf War Syndrome, is attributable to service."

"I am elated," Rusling, chairman of the Gulf War Veterans Association, said after Friday's ruling. "It is a total vindication of all war veterans suffering from Gulf War syndrome."