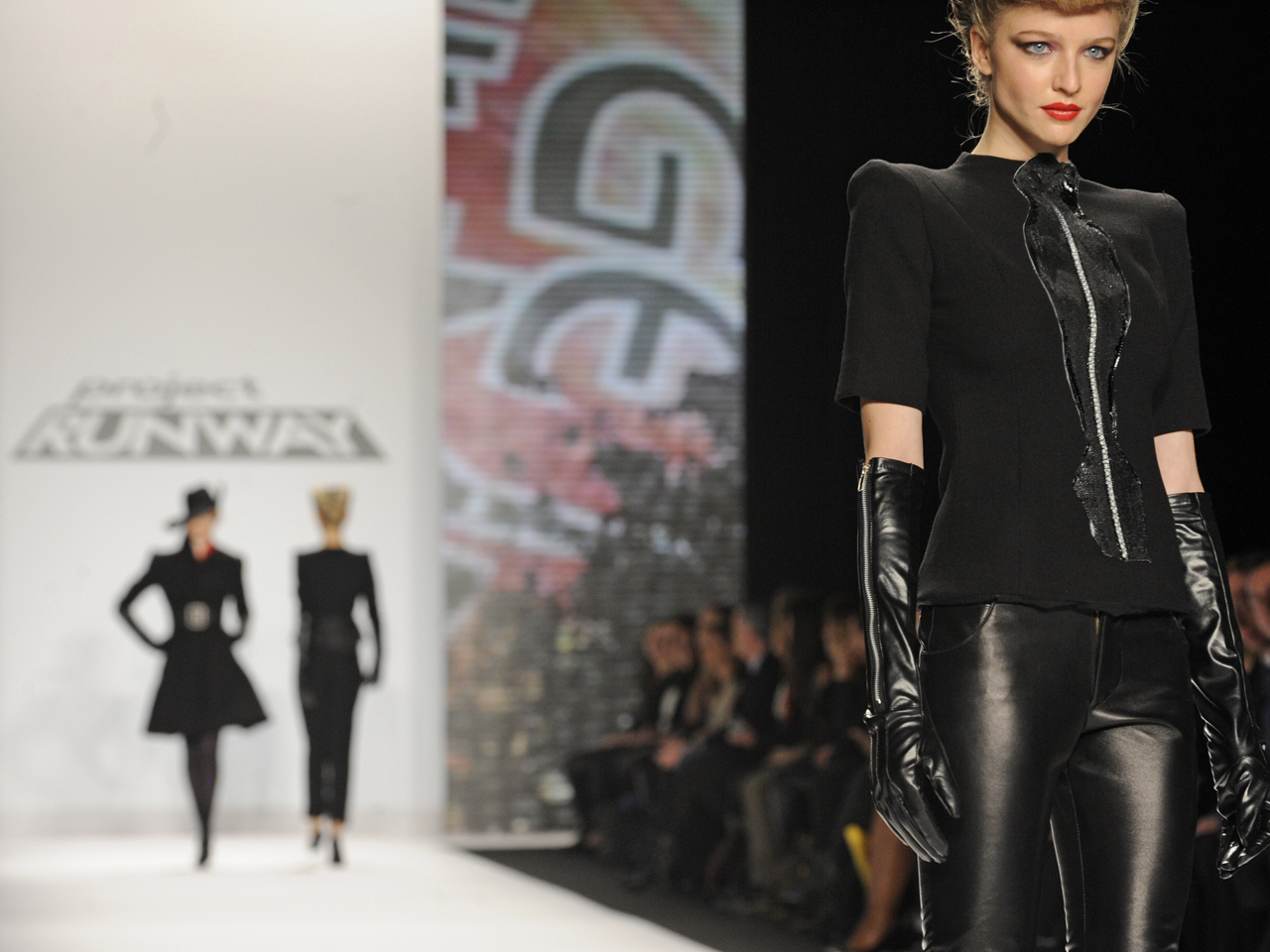 NEW YORK Mother Nature is clearly not a fashionista.

"I came in looking like Pam Anderson," he joked backstage, where the offending boots had been traded for tasteful black leather.

Marc Jacobs postponed his Monday night show until Thursday, citing delivery problems, but for the most part Fashion Week went on with the show. IMG Fashion said organizers remained in contact with city officials including the Mayor's office about potential weather problems, but that they had planned for an extra layer of tenting for the venue and more heat at Lincoln Center along with crews to help with snow and ice.

Zac Posen said he would present his collection as usual on Sunday but he worried that out-of-town editors and retailers might not be able to make it. Other designers were considering plan B -- perhaps an internet stream -- in case crowds are snowed out.

"In this outfit, the blizzard did not deter me," she said. She did allow that she had only had to cross the street from her hotel and would change into combat boots for the train ride home.

"You either come in warm and comfortable clothes and boots or you come in neon -- or sequins would be a good one - so they see you in the drift," he said.

Mercedes-Benz Fashion Week wraps up Feb. 14, when the industry moves on to London, Milan and Paris.

Kors, acting as a guest panelist, Posen, Heidi Klum and Nina Garcia were one big happy family when they took their seats to watch the collections of this season's contestants. (Kors and Klum joked they've spent so much time together over the years that they now look like brother and sister.)

"I didn't call Zac with any tips before he started. He knows what he's doing," Kors said in a preshow interview. "I knew I was leaving it in very capable hands."

Chiming in, Posen added: "I had 10 seasons to watch Michael, and I had been a guest judge with him. I'm sure I learned a few things."

The show is the godmother of fashion reality TV, now in its 11th season. It was time for a change, said Klum, who is an executive producer.

The other new wrinkle this go-around is that the contestants have been working in teams -- and they are not necessarily happy about it, Klum said.

"'Project Runway' has outlasted some other competition shows because it opens a window on something people are always curious about," she said. "I never saw this as only a reality show. I see it more as a documentary that shows you how clothes are made, how designers get them to fit, how they find the fabrics."

"I was thinking long, lean, moody and dark," the designer said backstage. "Edgar Allan Poe. Creatures of the night. With a little rock 'n' roll, too."

The show featured some stunning gowns in ivory, grape and merlot, but most creations were in black. Valvo said he was so taken with black this season that he almost did the entire collection in it. "It really makes you focus on the structure and the detailing, to make sure each dress is different," he explained.

The show opened with what seemed a perfect nod to the stormy weather: An embroidered trench with patent leather squares, all in black.

Actress Nichole Galicia, who appears in "Django Unchained," especially loved a couple of gowns in flowing ivory -- but was partial to the black lacy gowns, too. "I'm doing some mental shopping here," quipped the actress, who wore Valvo to a recent event honoring "Django" director Quentin Tarantino. "I'm still looking for an Oscar dress."

Galicia was wearing a sleek-fitting Valvo dress and black heels, and looked positively summery considering the blustery climes. "I'm suffering for my art today -- or actually for my fashion," she said.