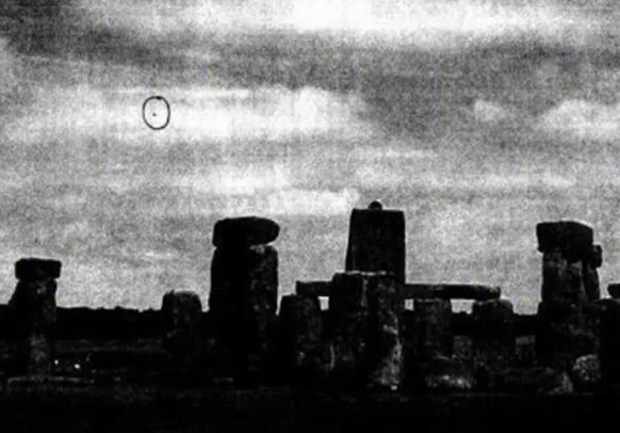 LONDON Newly declassified files from Britain's Ministry of Defense shed further light on why the military shut down its UFO desk nearly three years ago: despite a surge in reported sightings, the expensive operation just had no defense benefit.

The National Archives has been releasing declassified Ministry of Defense files on UFOs for the past five years. The 10th and final tranche released Friday covers the work carried out during the final two years of the Ministry of Defense's UFO desk, from late 2007 to November 2009.

The 25 files detail reports of alien abductions, sightings, offers to develop weapons to shoot UFOs out of the sky - and the reason for the UFO desk's shutdown.

Among the documents - spread out over 4,400 pages - was a memo to then-Defense Minister Bob Ainsworth in November 2009, saying that the UFO operation was "consuming increasing resource, but produces no valuable defense output."

In more than 50 years, no UFO sighting report "has ever revealed anything to suggest an extraterrestrial presence or military threat to the U.K.," the memo said.

Dr. David Clarke, a UFO historian who reviewed highlights of the files in a YouTube video, said the documents show numerous examples of people who saw something odd in the sky and took a photograph with their mobile phone.

"There are lots of examples in here where people are really, really excited about some orange light that they see in the sky," and then call the UFO hotline, Clarke said. See Clarke's full analysis below:

The records show that 2009 saw 600 UFO sightings and reports - triple the number of the previous year and the largest ever number of UFO sighting reports since 1978, the year "Close Encounters of the Third Kind" was released in cinemas.

Whatever the reason behind the surge - some files suggest the popularity of releasing Chinese lanterns at weddings was behind it - the decision was taken to close the desk.

"The level of resources diverted to this task is increasing in response to a recent upsurge in reported sightings, diverting staff from more valuable defense-related activities," the documents said, with one saying the desk "merely encourages the generation of correspondence."

A great deal of that correspondence is contained in the latest release of the declassified files - with a wide variety of examples of sighting reports and the UFO desk's always polite and often entertaining responses.

One child wrote in, with a drawing of an alien waving from a UFO - to ask if there were living things outside of Earth got a nice letter - and bag of Royal Air Force goodies - from the Ministry of Defense.

"It's an interesting question and we remain totally open-minded about it, but we don't know of any evidence to prove life exists in outer space," the UFO desk replied in 2009. "We do look at reports of 'unidentified flying objects' but only to see if the country's airspace might have been affected but we haven't had any evidence of this so far."

The files also contained letters sent to officials ranging from former Prime Minister Gordon Brown to Queen Elizabeth II voicing concerns that the government was ignoring the threat of unidentified flying objects and even offering technological guidance on how to shoot down UFOs.

Among the sightings were reports of UFOs seen hovering opposite the Houses of Parliament and near Stonehenge. The files show the desk also took hotline calls about alleged contact with aliens - from a man who claimed in 2008 that he had been "living with an alien for some time" to another saying a UFO had stolen his dog, car and tent while was camping in 2007.

The desk sent the man a response, explaining that the defense ministry does not investigate each sighting unless there is evidence of a potential threat to the U.K. from an external source. But the message, sent in January 2008, added: "you informed us that your dog and possessions were abducted. Abduction, kidnap and theft are criminal offences and therefore would be a matter for the civilian police."

When the UFO desk did check into a reported sighting, explanations varied.

In response to one email sent in August 2009, an unidentified Ministry of Defense staffer suggested that "everyone who has seen" attached photos of a reported sighting thinks that two look like stunt kites, and "the third looks like a seagull head on.