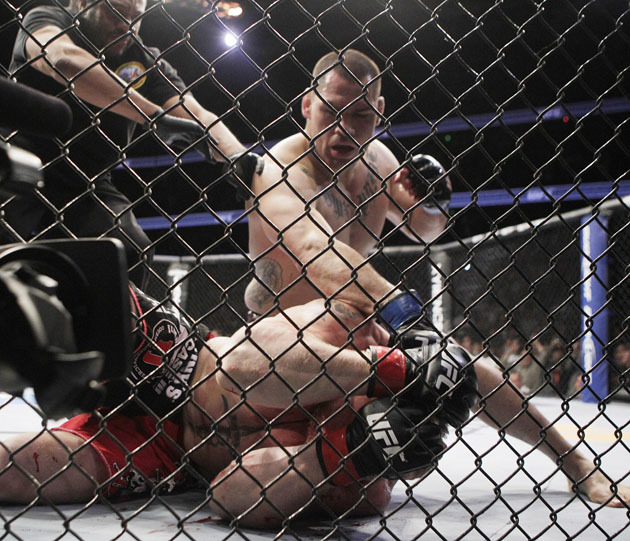 The American Kickboxing Academy standout used quickness and technique to scramble to his feet after two swift takedowns by Lesnar, who was unable to deal any damage except for a powerful flying knee. The challenger soon answered with his own takedown of the former NCAA heavyweight wrestling champion, and landed a number of clean punches before Lesnar could escape.

The bloodied champion worked his way back to his feet, but a torrent of punches sent him staggering across the ring. Velasquez used a vicious knee to the body and combination to the head to drop Lesnar again, and the South Dakota native soon turtled up under the onslaught of strikes and hammerfists. Referee Herb Dean gave the champion every chance to intelligently defend himself, but stepped in and declared a technical knockout via strikes at 4:12 in Round 1.

With the win, Cain Velasquez becomes the first Mexican heavyweight champion in combat sports, and earns a $70,000 bonus check for the "Knockout of the Night" award. His next challenge is likely to be Brazilian striker Junior Dos Santos (12-1), in early 2011.