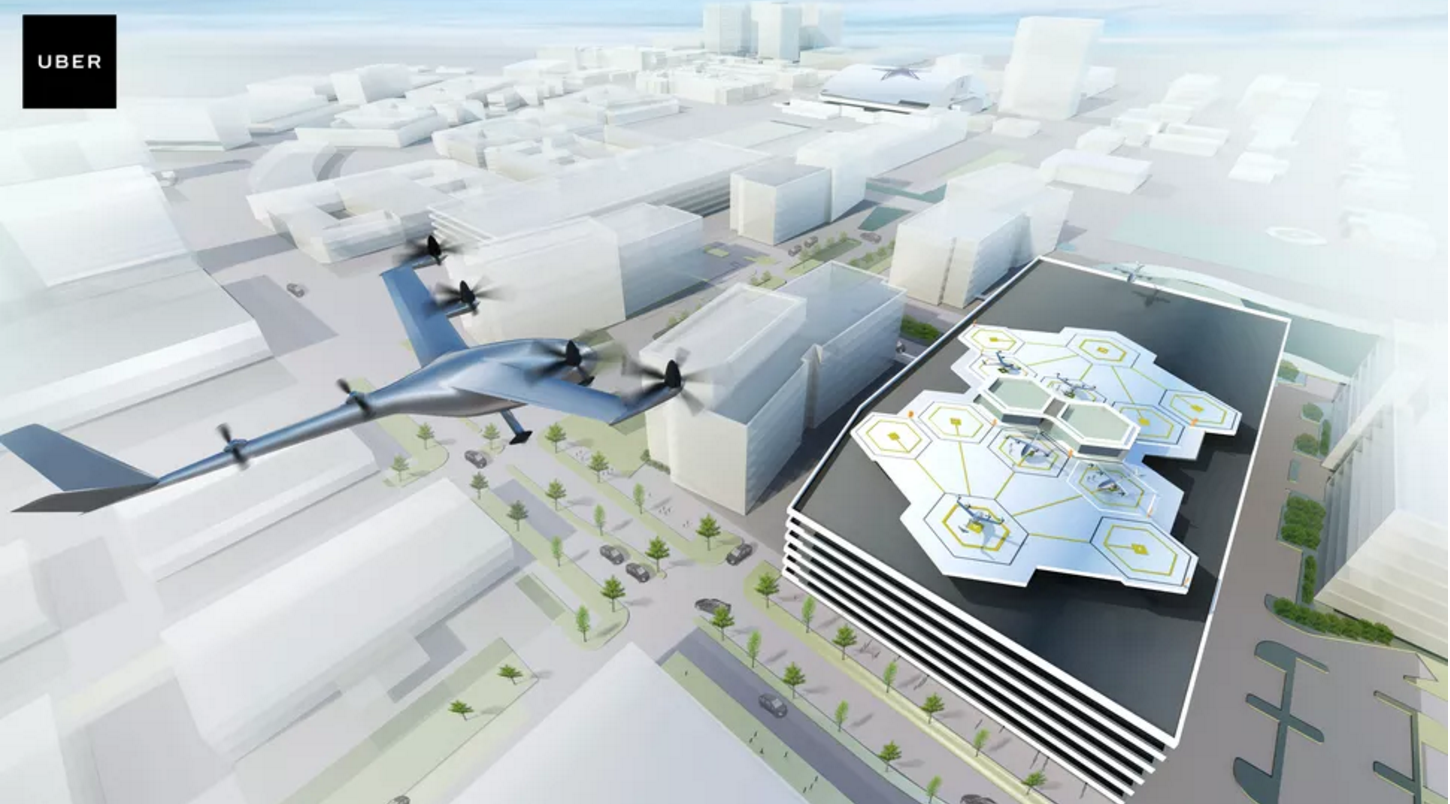 Uber announced Tuesday that it’s partnering with Dallas and Dubai to make this futuristic idea a reality.

“Imagine if you get up in the morning and go on a six-minute flight,” said Jeff Holden, Uber’s chief product officer. “Versus an hour in a car and wasting time.”

Holden was speaking at Uber’s Elevate Summit in Dallas on Tuesday. The ride-hailing company convened the three-day summit to bring together people from aviation technology, venture capital, vehicle manufacturing and regulation to talk flying cars.

Flying cars are the latest pie-in-the-sky technology to come out of Silicon Valley. Besides Uber, a handful of other startups are working of the tech with backing from some big names, like Google founder Larry Page, aerospace firm Airbus and the government of Dubai.

Holden said Uber hopes to demonstrate its fleet of flying cars by 2020. But the company still has to come up with a working prototype and wade through all sorts of regulatory red tape. It’s hoping that by partnering with city governments, like Dallas and Dubai, it can speed up that process.

“The race is on and it’s a sprint in Dallas and Dubai to get to scale,” Holden said.

Uber announced its flying car ambitions last October by releasing a 99-page white paper on the technology. Dubbed “Uber Elevate,” the basic idea is to build out a network of small electric aircraft called VTOLs that can hover, take off and land vertically like a helicopter, but are more efficient, less noisy and cheaper than a chopper. (VTOL stands for vertical takeoff and landing.) Uber envisions VTOLs being used for commuting from suburbs and getting around cities -- kind of like how we use cars today.

“You sit in traffic and you think ‘Ugh God, there’s got to be a better way,’” Holden said. “It really will change the way people will use their city and the way they get around.”

The ride-hailing company appears to be quite serious about its flying car project. In February, it hired former NASA engineer Mike Moore as its director of engineering. And on Tuesday, it announced that it’s partnering with a handful of aviation companies to work on the technology, including Bell Helicopter, Embraer, Aurora, Pipistrel and Mooney.

Uber’s summit could divert attention from the long string of scandals that have plagued the company over the past few months. Allegations range from Uber higher-ups reportedly tolerating workplace sexual harassment to the company knowingly breaking Apple’s App Store privacy rules. Several top executives have stepped down in the aftermath.

On top of all of this, Google is suing Uber for allegedly stealing self-driving car technology. A hearing to decide whether the suit will take place in private arbitration or public court is scheduled for Thursday.

But with flying cars hitting the scene, maybe Uber can afford to let go of its self-driving car program.

“We’re doing what we call ‘big bold bets,’” Holden said. “If you’re not planting the seeds for five to 10 years out, you’re not going to have a company in 10 years.”

Batteries Not Included: The CNET team reminds us why tech is cool.