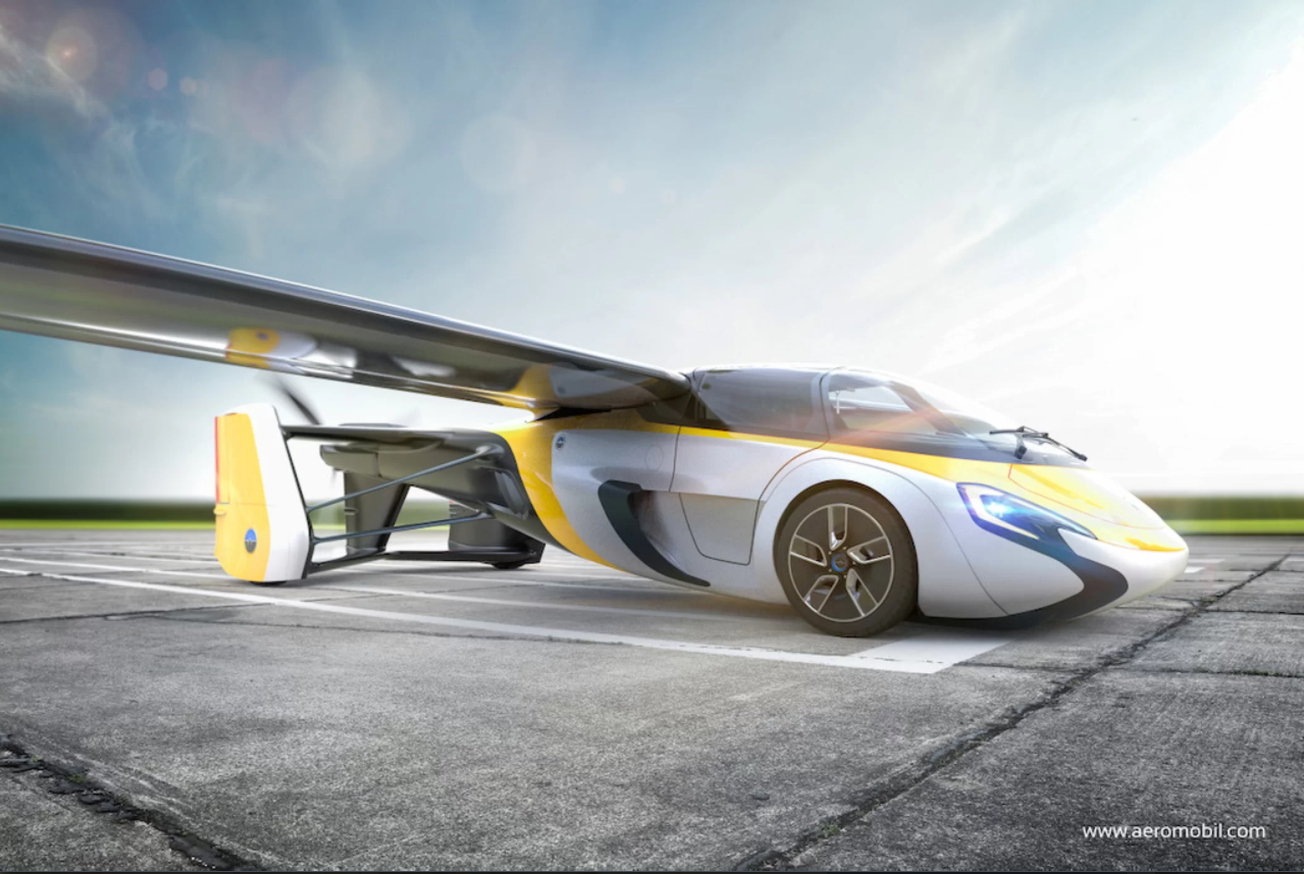 The future is here: The first-ever production-ready flying car is set to be revealed in just over a week.

Slovakia-based engineering firm AeroMobil unveiled its flying-car prototype in 2014, but it was not made commercially available at the time. The company recently announced, however, that its latest model will be available for preorder this year (though there has been no word on pricing yet). This new model has not yet been revealed, but it’s set to debut at the Top Marques Monaco, known as the world’s most exclusive supercar show, on April 20.

According to AeroMobil, the next-generation vehicle is fully functional as both a four-wheeled car and an aircraft. The flying car is also environmentally conscious because of its hybrid engine, company representatives said. [Humanoid Robots to Flying Cars: 10 Coolest DARPA Projects]

The flying car was built “in compliance with the existing regulatory frameworks for both cars and airplanes,” which means it is possible that future owners would need both a driver’s license and a pilot license to operate the vehicle, The Sun reported.

AeroMobil recently raised $3.2 million (3 million euros) following the successful development and testing of the vehicle’s design, TechCrunch reported. The company announced that the new funding will help support the production of the flying car.

“The new investment will enable the company to develop and showcase a physical model,” Juraj Vaculík, AeroMobil’s co-founder and CEO, said in a statement. “It will be very close to the final product that will be used in series production. As a result of this extensive engineering and analysis effort, we have a very clear picture as to how our product will function and are very confident that the vehicle we are showing is deliverable without any more significant changes.”

Another flying-car concept was announced earlier this year, when Airbus and Italdesign revealed their “multimodal transportation concept,” called Pop.Up. That vehicle is a transforming car that can attach to wheels for driving, connect to propellers for flying or join a train-like transit system.