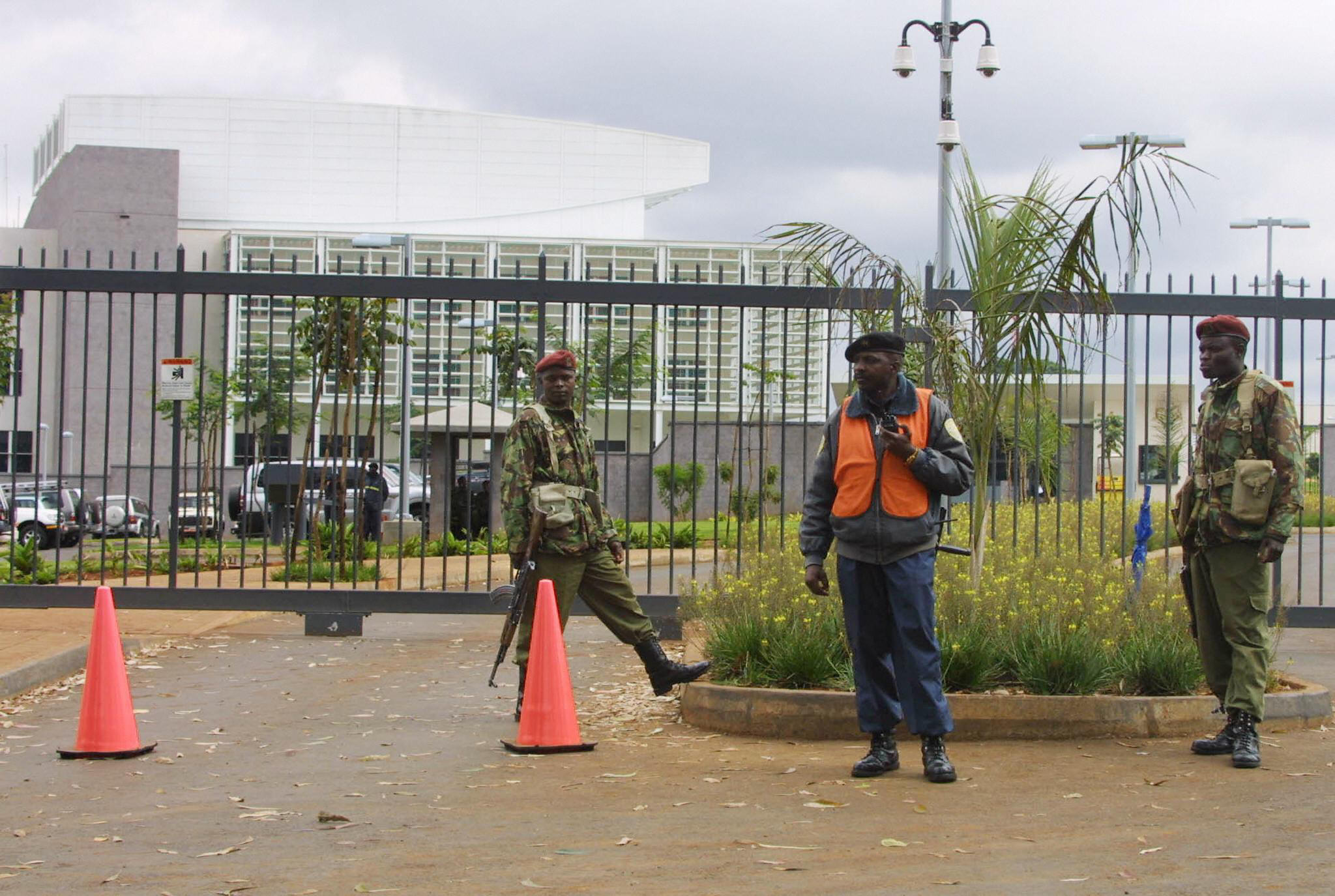 NAIROBI, Kenya -- The U.S. ambassador in Kenya has requested additional Kenyan and American security personnel and is reducing the size of the embassy staff because of an increase in terrorist threats in Kenya, according to a letter sent to embassy employees Friday.

Ambassador Robert Godec said additional police are already patrolling around the embassy and that more assets will arrive from Washington next week.

The embassy warned Americans this week that it was taking new security steps because of recent threat information. Militants from al-Shabab, an al-Qaida-linked group in Somalia, are blamed for an increasing number of attacks in Kenya.

"Unfortunately, the security situation in Kenya, especially in Nairobi and Mombasa, continues to worsen. Since the tragic events of Westgate in September 2013, the number of attacks, threats, and warnings is deeply concerning," Godec said, referring to the assault on Westgate Mall by four al-Shabab gunmen that killed at least 67 people.

Since the Westgate attack, there have been 12 explosions in Nairobi killing more than 20 people, Godec's letter said. Twin improvised explosive devices exploded in a market area of Nairobi on Friday, killing 10 people and wounding more than 70.

The U.S. Embassy in Nairobi, which was relocated after the 1998 attack, sits far off the road and is surrounded by thick walls. Armed Marines have recently begun patrolling the grounds wearing bullet-proof vests and helmets. The frequency of emergency drills that tell embassy personnel to "duck and cover" have also increased.

The largest U.S. diplomatic facility in East Africa, the embassy has about 1,300 employees or more inside it on any given day. Godec said he is reducing the embassy's "overall footprint" in Kenya by reducing the number of Americans stationed in Nairobi.

Scott Gration, a former U.S. ambassador in Kenya, said in an interview Friday that embassies are a "magnet for people that have ideological tendencies," and that they are a target whether a security warning has recently been posted or not.