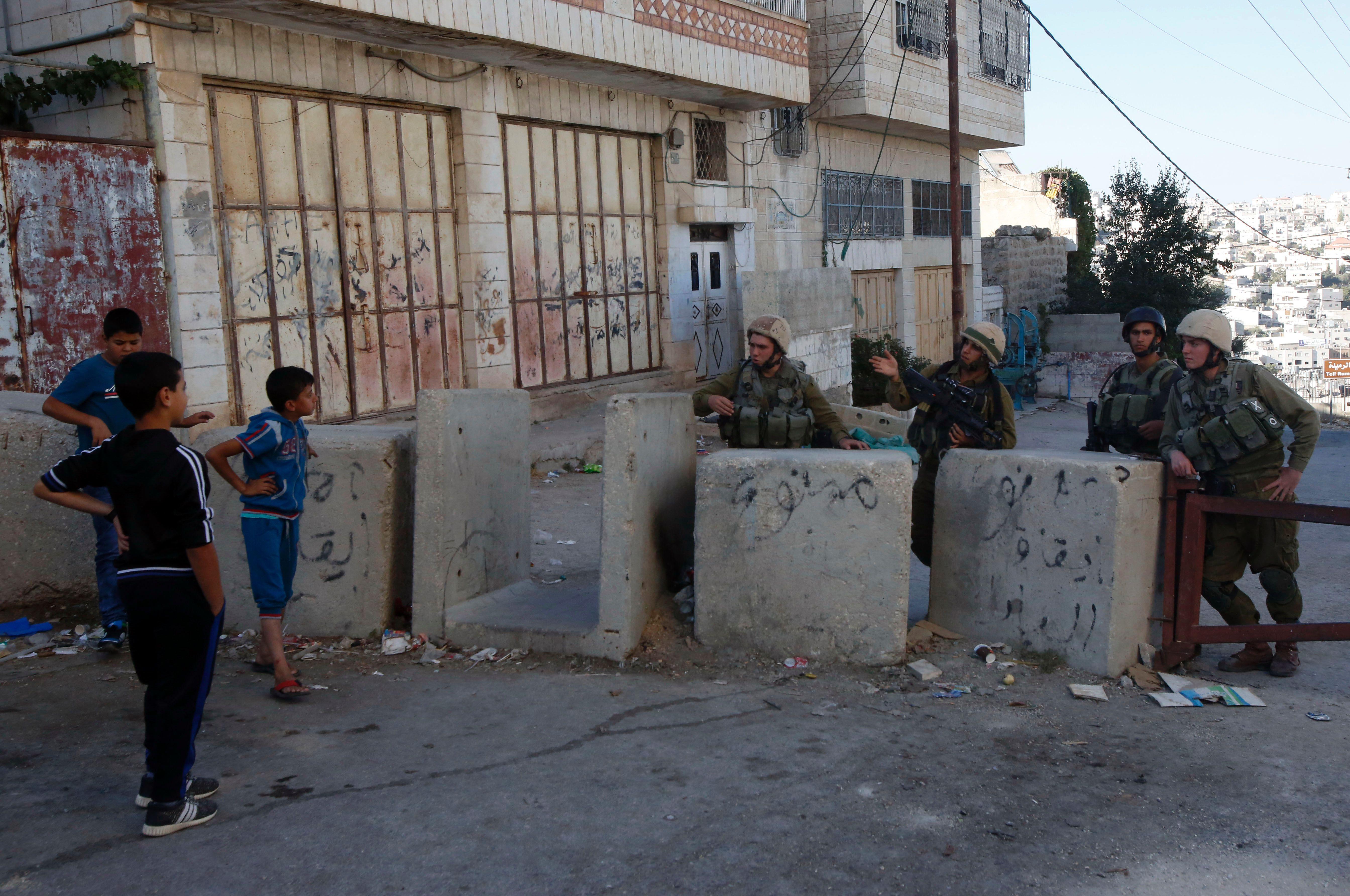 JERUSALEM -- Under heavy Israeli pressure, Egypt on Thursday indefinitely postponed a planned U.N. vote on a proposed Security Council resolution that sought to condemn Israeli settlement construction in the West Bank and east Jerusalem, diplomats and Western officials said, just a few hours before the vote was set to take place.

Israeli officials reached out to President-elect Donald Trump’s transition team at the “highest levels” to try to table the U.N. resolution demanding a halt to Israeli settlement expansion on Palestinian territory, CBS News’ Margaret Brennan reports. Israeli officials warned the Obama administration that they’d go to Mr. Trump after they failed to persuade the current administration to veto it.

But the issue is far from settled -- and the U.N. could still take up the resolution Friday.

The vote would have been one of the last opportunities for President Obama to take a stand against Israeli settlement building after years of failed peace efforts, but doing so could re-ignite a dispute with a close ally in the waning days of his tenure. The delay also dealt a setback to repeated Palestinian efforts to censure Israel over its settlements.

Israeli Prime Minister Benjamin Netanyahu had publicly urged the U.S. to veto the resolution, calling it bad for peace. “Peace will come not through U.N. resolutions, but only through direct negotiations between the parties,” he said.

“As the United States has long maintained, peace between the Israelis and the Palestinians will only come through direct negotiations between the parties, and not through the imposition of terms by the United Nations,” he said in a statement on Facebook. “This puts Israel in a very poor negotiating position and is extremely unfair to all Israelis.

Israeli officials would not publicly comment or say whether they specifically asked the president-elect to take the dramatic step of publicly opposing the sitting president or if they suggested that he call al-Sisi to attempt to get him to delay the vote.

In an exclusive interview with CBS News, U.N. Secretary General Ban Ki-moon, who leaves office December 31, said he hoped the resolution would pass before year’s end.

Earlier this fall, Mr. Obama granted Israel a $38 billion military aid package - the largest single military aid deal ever given by a U.S. President - yet weeks later, Netanyahu’s government authorized a significant expansion of Israeli settlements and a related demolition of Palestinian homes. Using unusually strong language to refer to a U.S. ally, the Obama White House “strongly condemned” it.

The Netanyahu government argues that the U.N. should not weigh in on the matter which should be decided in bilateral negotiations with the Palestinians -- yet it also hasn’t agreed to halt expansion until then.

However, after the vote was postponed, western sources told Reuters that the Obama administration intended to abstain from the vote, which still would have had to have abstentions or approval of the other veto -wielding members of the U.N. Security Council to pass.

The U.S., as a permanent member of the Security Council, has traditionally used its veto power to block resolutions condemning Israeli settlements, even though it sees them as an obstacle to a peace settlement. But in recent weeks, the Obama administration had been especially secretive about its deliberations, which included what one official described as an unannounced meeting between Obama and Secretary of State John Kerry earlier this month.

The U.S. had been considering a highly unusual abstention, potentially rocking U.S.-Israeli relations, officials said, though they wouldn’t say whether Obama had made a final decision.

Egypt, the Arab representative to the Security Council, circulated the draft on Wednesday. Several diplomats and Western officials said the Egyptians postponed the vote due to pressure from the Israelis. Egypt, the first Arab country to make peace with Israel, was meeting with Arab League diplomats to review the text. Diplomats said there was no time frame for when the vote may now occur and said it could be put off indefinitely.

The diplomats and officials spoke on condition of anonymity because they were not authorized to release the information.

An Israeli official, speaking on condition of anonymity because he was not authorized to discuss the matter, said Israeli diplomats had made the government’s views clear “in various channels.”

The office of the U.N. spokesman later announced Thursday that the Security Council meeting has been postponed.

The draft resolution, circulated by Egypt, demands that Israel stop settlement activities in the Palestinian territories and declares that all existing settlements “have no legal validity” and are “a flagrant violation” of international law.

Ahmed Abu-Zeid, spokesman for the Egyptian Foreign Ministry, told the SkyNewsArabia channel that “talks are still ongoing,” on the draft resolution. He said the talks are taking place in New York and in Cairo at the Arab League headquarters, and that an “appropriate” decision will be taken, without elaboration. He didn’t respond to phone calls.

Israel has expressed concern that Obama, who has had an icy relationship with Netanyahu, would take an audacious step in his last weeks in office to revive the peace process, but U.S. officials have said he has nearly ruled out any major last-ditch effort to pressure Israel.

A Security Council resolution would be more than symbolic since it carries the weight of international law. In the past, Obama has refused to endorse anti-Israel resolutions in the council, saying the Israeli-Palestinian conflict should be resolved through negotiations.

Robbie Sabel, professor of international law at the Hebrew University of Jerusalem, said the resolution would have been “politically damaging” for Israel as it could have weakened its position when negotiating the settlement issue with the Palestinians.

The U.S. and much of the international community consider Israel’s settlements in the West Bank and east Jerusalem illegitimate and an obstacle to peace. Netanyahu rejects such claims, blaming the failure of peace efforts on the Palestinian refusal to recognize Israel’s Jewish identity.

The Palestinians, and most of the international community, say that the growth in settlements is endangering the goal of establishing a Palestinian state alongside Israel. Netanyahu and Obama have repeatedly clashed over Israel’s settlement policies.

Mr. Trump, who takes office in less than a month, has indicated a more sympathetic approach to Israel and appointed an ambassador who has been a supporter of the settler movement.

Nearly 600,000 Jewish settlers now live in the occupied West Bank and east Jerusalem, areas the Palestinians want as part of their future state, along with the Gaza Strip. Israel captured those territories in the 1967 Mideast war. Israel annexed east Jerusalem, home to sensitive religious sites, in a move that is not internationally recognized, while the West Bank is divided between autonomous Palestinian zones and Israeli-controlled territory.

Settlement construction has thrived under Obama’s watch, despite his administration’s constant condemnations, a sign of the limits of U.S. influence over its close ally. Obama has struggled to revive peace talks, which last collapsed in 2014.

Frustrated by the lack of progress, Obama for more than a year had considered giving a major speech describing his vision for a future peace deal or, in a more aggressive step, supporting a U.N. resolution laying out parameters for such a deal.

Although the goal would be to impart fresh urgency to the moribund peace process, either step would have been perceived as constraining Israel’s negotiating hand while strengthening the Palestinians’ argument on the world stage.

A year-long wave of Israeli-Palestinian violence, which has tapered off in recent months but not halted completely, has further imperiled any peace efforts.

Earlier Thursday, the Israeli military said forces shot and killed a Palestinian who was lobbing an explosive device at troops carrying out an operation in east Jerusalem. The forces were demolishing the home of a Palestinian who carried out an October attack in Jerusalem that killed a police officer and a civilian.