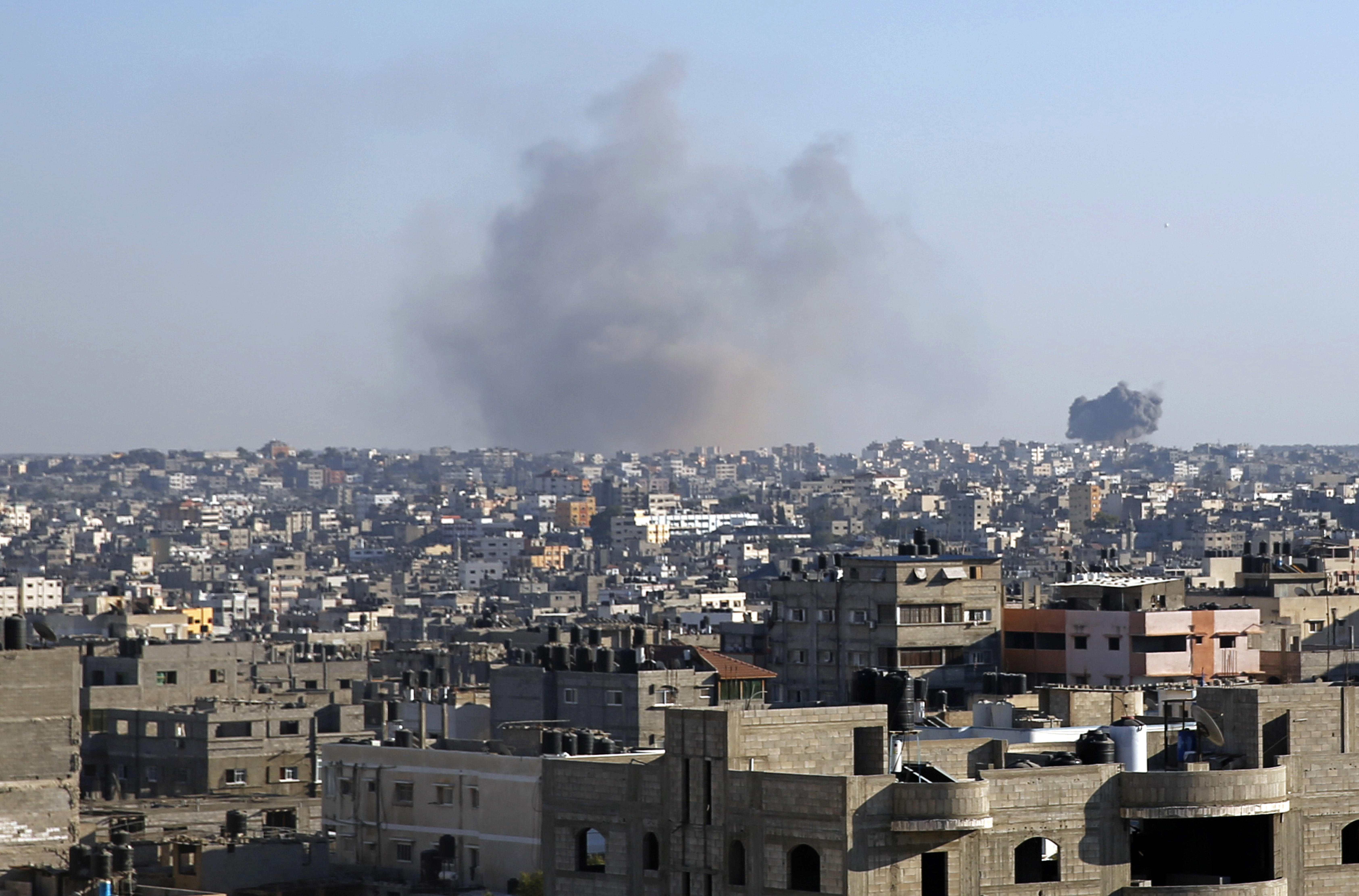 WASHINGTON D.C. -- The Obama administration on Wednesday once again condemned Israel for plans to construct housing on land claimed by the Palestinians, saying a new project announced last week profoundly hurts efforts to forge a two-state solution to the long-running conflict.

In unusually strong statements, the White House and State Department lashed out at a proposal announced last week to construct a significant new settlement of up to 300 housing units and establish an industrial zone in the West Bank. Both Israel and the Palestinians responded quickly with statements accusing each other of being the real obstacle to peace.

“I guess, when we’re talking about how good friends treat one another, that’s a source of serious concern as well,” he said.

At the State Department, spokesman Mark Toner said moving ahead with the project would be “another step toward cementing a one-state reality of perpetual occupation that is fundamentally inconsistent with Israel’s future as a Jewish and democratic state.”

“Such moves will only draw condemnation from the international community, distance Israel from many of its partners, and further call into question Israel’s commitment to achieving a negotiated peace,” he said.

Toner said the proposal was “deeply troubling” because Israel announced the proposal so soon after the U.S. agreed last month to a new 10-year, $38 billion military aid package for Israel. He also said it was “disheartening” as the announcement came the world was mourning the death of former Israeli leader Shimon Peres. U.S. officials said the administration was particularly disturbed because the announcement came as President Barack Obama was visiting Jerusalem last week for the Peres’ state funeral.

“It is deeply troubling, in the wake of Israel and the U.S. concluding an unprecedented agreement on military assistance designed to further strengthen Israel’s security, that Israel would take a decision so contrary to its long-term security interest in a peaceful resolution of its conflict with the Palestinians,” Toner said. “Furthermore, it is disheartening that while Israel and the world mourned the passing of President Shimon Peres, and leaders from the U.S. and other nations prepared to honor one of the great champions of peace, plans were advanced that would seriously undermine the prospects for the two-state solution that he so passionately supported.”

In Jerusalem, the Israeli foreign ministry said only 98 units had been approved and said they do not constitute a new settlement. It said the new housing would be built on state-owned land in an existing settlement and would not change its boundaries or geographic footprint. It said the construction is necessary to relocate Jewish residents from another area who must leave their homes due to a court order.

“Israel remains committed to a solution of two states for two peoples, in which a demilitarized Palestinian state recognizes the Jewish state of Israel,” the ministry said in a statement. “The real obstacle to peace is not the settlements - a final status issue that can and must be resolved in negotiations between the parties - but the persistent Palestinian rejection of a Jewish state in any boundaries.”

“Israel continues to impede international efforts to achieve peace in Palestine and the region amidst the complete inaction by the international community to hold Israel accountable for the crimes it continues to commit against the land and people of Palestine,” he said. “Concrete measures and actions against all Israeli settlement activities should be taken in accordance with international law and United Nations resolutions.”

The U.S., which has repeatedly criticized Israel for such projects over decades, has refrained from imposing consequences.

On Tuesday, U.N. Secretary General Ban Ki-moon also condemned the plans for the construction near Shiloh, west of Ramallah.

Palestinians want their new state in the West Bank with east Jerusalem as its capital.

Meanwhile, Israel carried out airstrikes on Hamas posts in the Gaza Strip after a rocket fired from the Palestinian territory landed in a street in the southern Israeli town of Sderot on Wednesday, the Israeli military said.

Tall plumes of smoke from the Israeli strikes rose up from Gaza following the rare series of airstrikes during daylight. There were at least nine Israeli airstrikes on Hamas posts and open spaces throughout the Gaza Strip, according to Palestinian eyewitnesses, but there were no reports of injuries.

In Israel, no one was wounded by the rocket fire, but it marked an unusual incident of rocket fire penetrating Israel’s aerial defense system.