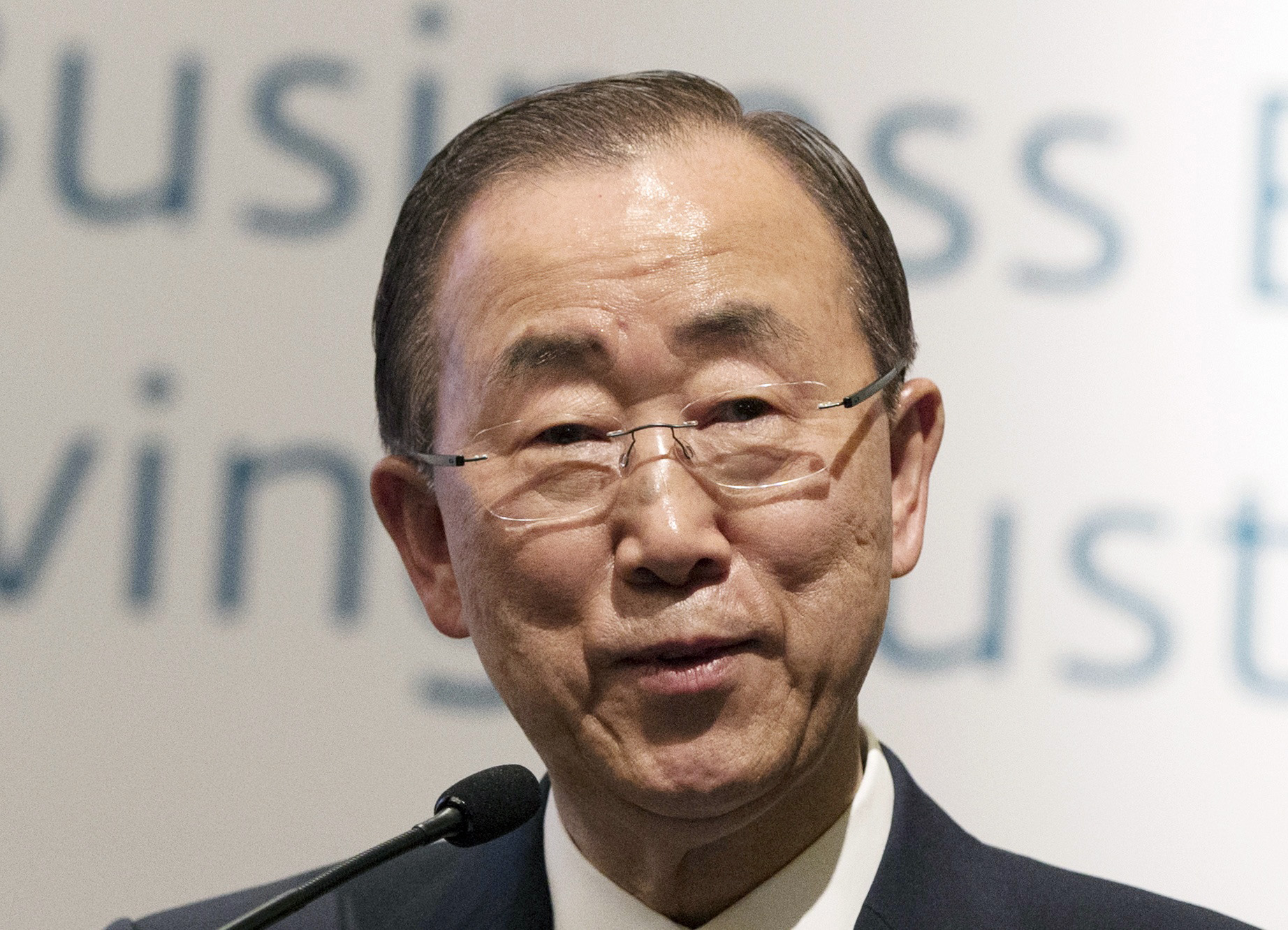 UNITED NATIONS -- Secretary-General Ban Ki-moon's latest list of parties that kill or injure children in armed conflict does not include Israel - as some U.N. officials had recommended - but the U.N. chief strongly criticized Israel for the "unprecedented and unacceptable" scale of its violence against young people.

Ban said in a report circulated Monday that the thousands of Palestinian casualties raise "grave concerns" about Israel's compliance with international law, including requirements that any military actions must distinguish between combatants and civilians, be proportional, and avoid excessive use of force.

U.N. officials said the U.N. special envoy for children in armed conflict, Leila Zerrougui, had recommended that both Israel and Hamas, which controls the Gaza Strip, be placed on the list of parties that recruit, use, kill, maim or commit acts of sexual violence against children. But the officials, speaking on condition of anonymity because the recommendation was not public, said there were differences of opinion among those on the ground on whether Israel should be listed - a key reason why it wasn't and neither was Hamas.

Ban said in the annual report to the U.N. Security Council and the General Assembly that 2014 saw a dramatic increase in violence against children in the Israeli-Palestinian conflict - at least 561 youngsters killed and 4,271 injured, almost all Palestinians and the vast majority during last summer's war in Gaza. It cites 4 Israeli youngsters killed and 22 injured.

The annual list is significant because it names and shames governments and insurgent groups that violate children's rights in conflicts. The Security Council resolution that established the list in August 2009 states the council's intention "to take action" - including possible sanctions - against repeat violators of international laws protecting children in armed conflicts.

The secretary-general said that in the Israel-Palestine conflict as well as the Central African Republic, Iraq, Nigeria, South Sudan and Syria, "children were affected to a degree which is an affront to our common humanity."

The report said the number of Palestinian children killed, 557, was the third-highest in 2014, after Afghanistan with 710 child killings and Iraq with 679 - but ahead of Syria with 368. The number of schools damaged or destroyed - at least 543 - was the highest anywhere, it said.

Israel maintains its actions in Gaza were in response to rocket attacks on southern Israel, and were never aimed at children.

Israel's U.N. Ambassador Ron Prosor said Ban "was right not to submit to the dictates of the terrorist organizations and the Arab states" and include Israel on a "shameful list" with organizations like the Islamic State of Iraq and Syria (ISIS), al-Qaeda and the Taliban.

"It is without doubt that Israel ... flagrantly, systematically and grossly commits human rights violations against Palestinian children constituting grave violations that qualify it for such a listing," Mansour said.

Pummeled with questions about Israel's exclusion, Ban's spokesman, Stephane Dujarric, said the list was the "result of a consultative process" and was Ban's "difficult decision to take."

Dujarric alluded to the intense lobbying ahead of the report's release by Israel's supporters, reportedly including the United States, and opponents, saying U.N. member states and non-governmental organizations "have never been shy" about expressing their opinions to Ban.

The secretary-general urged Israel "to take concrete and immediate steps" including reviewing its policies and practices to ensure that children are protected, not killed or maimed, that schools and hospitals aren't attacked, and that perpetrators of alleged violations are brought to justice.

"I would like to put all parties to conflict on notice that those that engage in military action that results in numerous grave violations against children will, regardless of intent, find themselves under continued scrutiny by the United Nations, including in future reports relating to children and armed conflict," Ban said.