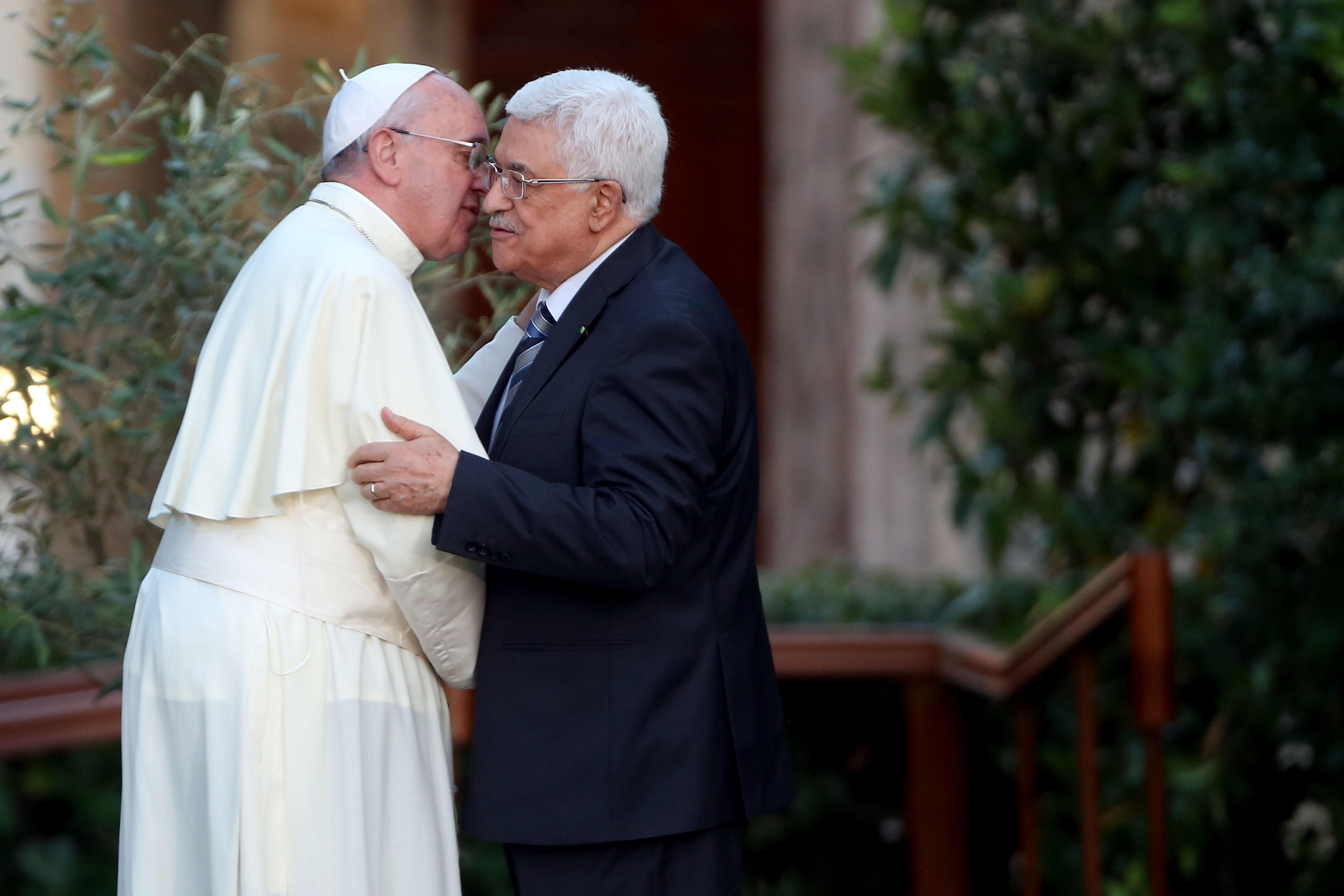 The treaty, which concerns the activities of the Catholic Church in Palestinian territory, makes clear that the Holy See has switched its diplomatic recognition from the Palestine Liberation Organization to the state of Palestine.

The Vatican had welcomed the decision by the U.N. General Assembly in 2012 to recognize a Palestinian state. But the treaty is the first legal document negotiated between the Holy See and the Palestinian state and constitutes official diplomatic recognition.

"Yes, it's a recognition that the state exists," said the Vatican spokesman, the Rev. Federico Lombardi.

Lombardi said this accord is not a new recognition of Palestinian statehood but a continuation of a policy in place since the U.N. decision.

The Israeli foreign ministry said it was "disappointed" by the development.

"This move does not promote the peace process and distances the Palestinian leadership from returning to direct and bilateral negotiations," the ministry said in a text message. "Israel will study the agreement and will consider its steps accordingly."

The treaty was finalized days before Palestinian President Mahmoud Abbas visits Pope Francis at the Vatican. Abbas is heading to Rome to attend Francis' canonization Sunday of two new saints from the Holy Land.

The Vatican has been referring unofficially to the state of Palestine for at least a year.

During Pope Francis' 2014 visit to the Holy Land, the Vatican's official program referred to Abbas as the president of the "state of Palestine." In the Vatican's latest yearbook, the Palestinian ambassador to the Holy See is listed as representing "Palestine (state of)."

The Vatican's foreign minister, Monsignor Antoine Camilleri, acknowledged the change in status, given that the treaty was initially inked with the PLO and is now being finalized with the "state of Palestine." But he said the shift was simply in line with the Holy See's position.

This isn't the first time that the Vatican under Francis has taken diplomatic moves knowing that it would ruffle feathers: Just last month, Francis referred to the slaughter of Armenians by Turkish Ottomans a century ago as a "genocide," prompting Turkey to recall its ambassador.