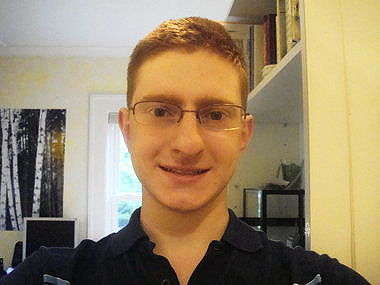 Now, as reports emerge that the 18-year-old was bullied with an Internet video showing him having sex with another man, many are are asking what really led to the young man's tragic death and who else may be at risk.

"When I first read this I thought, 'this is a kid who couldn't face his parents,'" said Dr. Isaac Herschopf, a psychiatrist at NYU and Bellevue Hospital who hasn't worked directly on the case.

Herschopf is quick to note that, Clementi, "may have had an undiagnosed condition that made him more vulnerable." And at this point, no one knows for sure what was running through Clementi's mind.

The Clementi family said they are "heartbroken beyond words" in a statement.

But other recent cases have highlighted the stress that some young people who are gay or exploring their sexuality may be grappling with.

This morning, CBS Newsreported on the case of Seth Walsh, a gay 13-year-old boy who died days after he tried to hang himself. He had reportedly been tormented by bullies. Last week, 13-year-old Asher Brown shot himself to death in Texas after intense bullying, reports the Houston Chronicle. His parents said his tormentors used gay slurs against him and simulated gay acts on him.

Ironically, all three deaths take place at a time when there are more positive LGBT (lesbian, gay, bisexual and trans-gender) role models in the media than ever before, and politically, many more people think of gay rights as civil rights. Still, many young people who are gay or questioning their sexuality, struggle terribly.

Dr. Jennifer Hartstein, an "Early Show" contributor and child and adolescent psychologist, said Clementi was probably going through a number of things after he learned he was spied on, allegedly by classmates.

"He's already more worried about how he will fit in and where he fits in and struggling with that, we can assume, as that happens in a lot of gay teenagers. We then have to figure out - here it is, he's struggling with that already, and then his roommate takes advantage of that and preys on the weakness that is this uncertainty and this fear," she said.

"And now, everybody knows, and he now has to answer to all of that, and doesn't necessarily know how. And, sadly, the only option becomes suicide, because they don't think they can do kind of enough damage control or deal with it enough."

So what can be done to avoid cases like this in the future?

Everyone, from parents to schools to the federal government, should be working to make sure anti-bullying legislation includes LGBT people, she says.

Clementi may have felt tormented as well.

Police believe his roommate Dharun Ravi, and another classmate, Molly Wei, used Skype to stream Clementi's sexual affairs to the web and then boast about it.

"Roommate asked for the room till midnight," Ravi, 18, tweeted on Sept. 19. "I went into Molly's room and turned on my webcam. I saw him making out with a dude. Yay."

It is unclear how many people actually saw the video, but it was too much for the shy, Ridgewood, N.J., teen to handle.

"Jumping off the gw bridge sorry," the freshman wrote on his Facebook page, according to WPIX 11 News.

Some of Ravi and Wei's friends find it hard to believe that the pair could have acted maliciously - that instead, it was more of a practical joke gone wrong, according to The New York Post.

Dr. Herschopf doesn't buy it. "These kids knew he would be humiliated by this - they may not have known to what extent. But to disseminate publicly something you know will humiliate someone is nothing short of sadistic."

There is a Facebook page dedicated to Clementi's memory.

Ravi and Wei were charged with two counts each of invasion of privacy. If convicted, they could each face up to five years in jail.