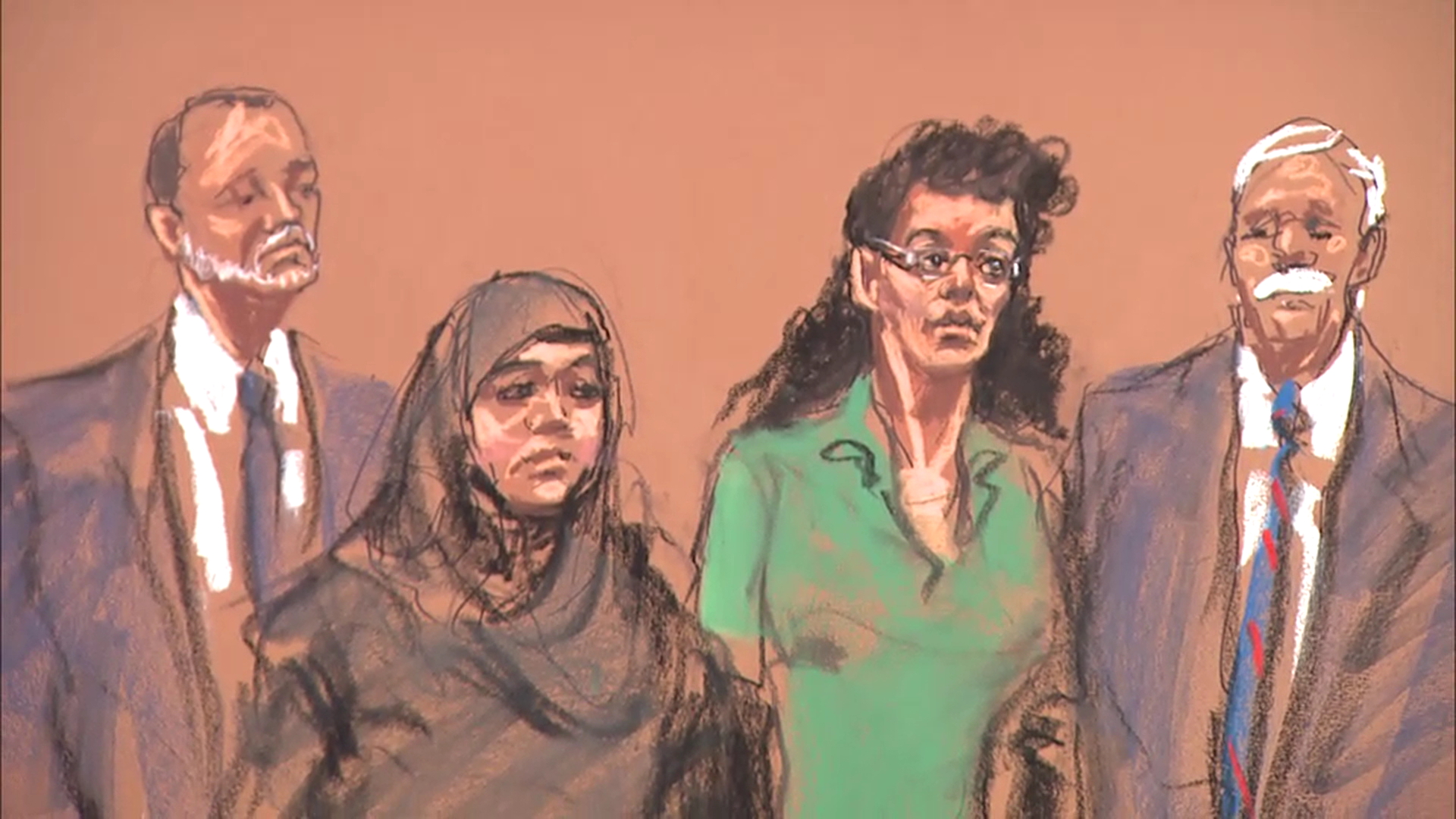 An undercover informant said the women expressed interest in pressure cooker bombs like the ones used in the 2013 Boston Marathon bombings, and Velentzas indicated her preferred targets were cops or the military, rather than civilians.

In December of last year, they considered attacking the funeral of one of the two NYPD officers who had been killed two weeks earlier in an ambush attack in Brooklyn.

The imam of the mosque in Queens attended by both women said they are being falsely accused and described Velentzas and her family as a positive force in the community.

"They have been here five years. I have not seen any signs of them being radicalized or promoting radical Islam, none of that stuff," he said.

The women, who are U.S. citizens and former roommates who lived in a house in Jamaica, Queens, appeared in federal court Thursday afternoon after an early morning raid of their homes.

According to law enforcement officials, the women expressed violent jihadist beliefs and a desire to execute a terrorist attack on American soil.

According to court documents, Velentzas told an undercover informant that "she did not understand why people were traveling overseas to wage jihad when there were more opportunities of 'pleasing Allah' here in the United States."

The documents also said the two women spent months researching how to make bombs, discussing targets and stockpiling the materials. Authorities became concerned when the women obtained several canisters of propane gas, but police say there was no imminent threat.

"My client will enter a plea of not guilty even when there's an indictment, and she and I will address everything in the courtroom, where it belongs," Dunn said.

Court documents also claim both women had copies of "The Anarchist Cookbook," which explains how to make explosives.