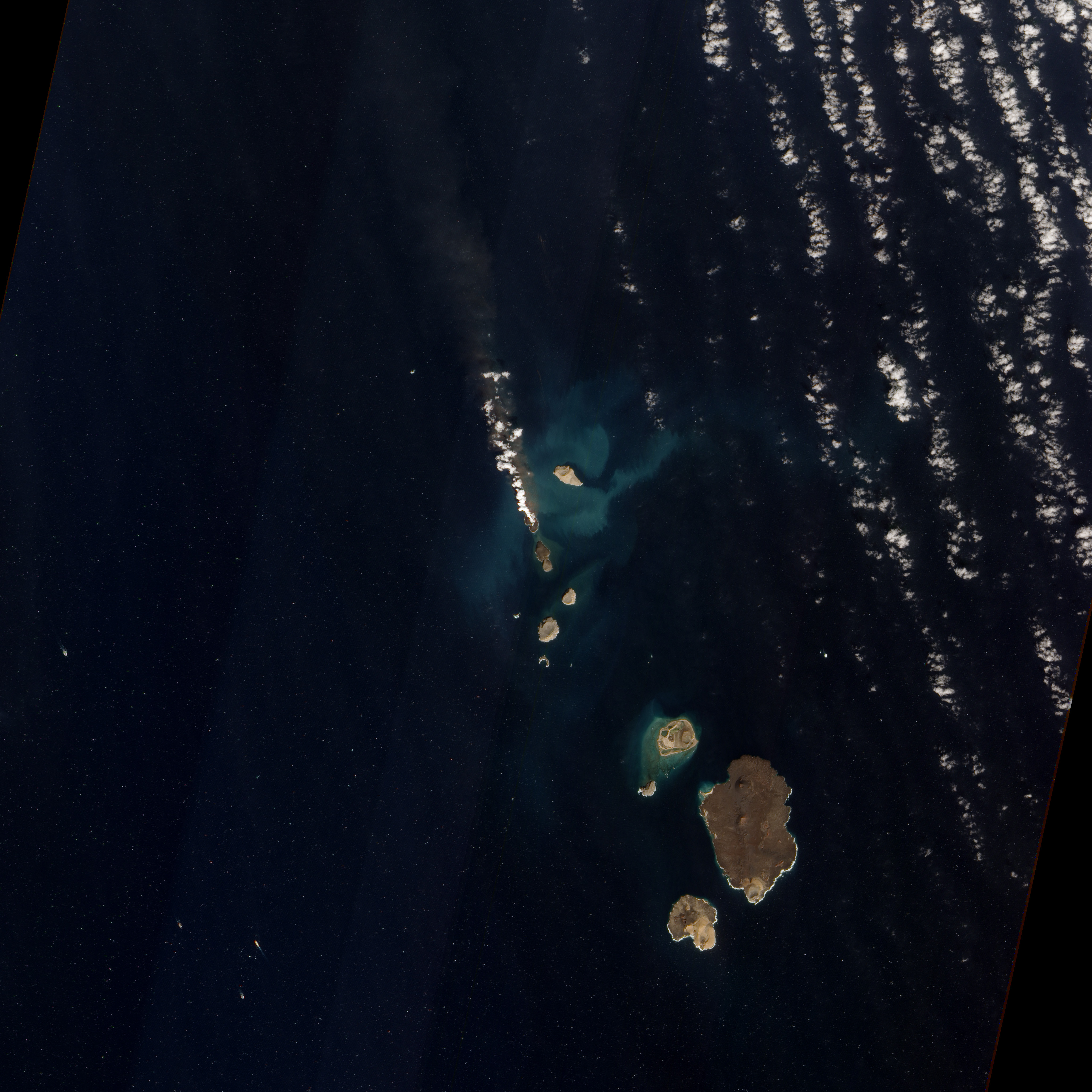 Two volcanic islands have emerged in the Red Sea, forming from undersea eruptions that sent towering plumes of gases and ash into the air.

The islands named Sholan and Jadid formed in what is known as the Zubair archipelago near Yemen in the southern Red Sea. They formed in 2001 and 2013. They grew quite quickly after forming but have since shrunk over time due to erosion, according to a study published in Nature Communications that used high-resolution satellite imagery to study their changing size over time.

Sholan Island - located between Haycock and Rugged islands - grew out of an eruption that lasted 25 days starting in December 2011. It reached a size of .52 kilometers wide and 0.77 kilometers long before shrinking 30 percent over the past two years. Wind and ocean currents also played a role in its size, according to the study, with the island growing the north in the winter and spring while deposits move back from the northern shore to the southern part of the island during the summer.

Jadid Island formed two years later between Saba and Saddle islands. The eruption lasted 54 days, forming a circular island about 0.9 kilometers in size. It, too, shrunk over time due to erosion, with the island reduced to 0.67 kilometers by February 2014.

It isn't a surprise that earthquake activity was found, since the Red Sea has been known to be seismically active for decades. But the emergence of the two islands, according to the study, would suggest the presence of a magmatically active zone that "had previously escaped notice."

The researchers from the King Abdullah University of Science and Technology in Saudi Arabia said these types of underwater eruptions are poorly understood. Few have been witnessed since Surtsey Island emerged south of Iceland in the 1960s.

But based on the persistence of Surtsey, the researchers said they expect these two islands will not disappear anytime soon.

"Similar to Surtsey Island, many of the older and smaller Zubair islands consist of tuff that has not easily eroded away," the researchers wrote. "This is likely also going to be the fate of the new Jadid and Sholan islands, that is, they are going to remain above the surface despite the fast erosion observed immediately after the eruptions."