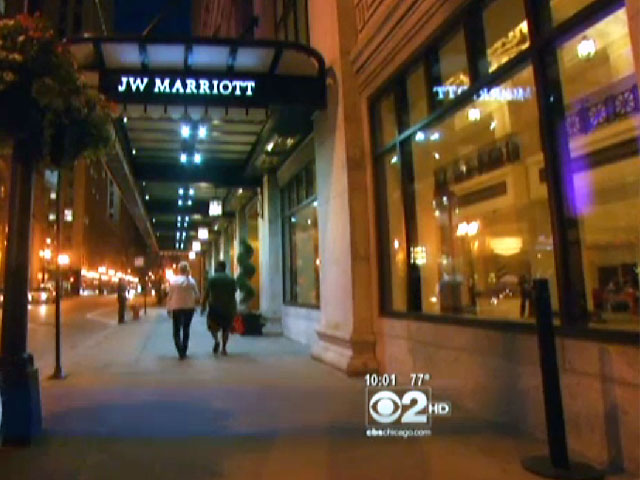 (CBS News) Two guests of the JW Marriott in downtown Chicago have died from Legionnaires' disease.

CBS Chicago reported the deaths, adding that there have been five new cases of the disease on top of three reported cases last week. Health officials are hopeful the worst has passed.

"We believe that there is no ongoing health threat at the hotel," Dr. Kathleen Ritger of the Chicago Department of Public Health said in a press release. "Individuals who stayed at the hotel during this time period who are experiencing flu-like symptoms are encourage to get in touch with a healthcare provider because it is important that all potential cases are diagnosed and treated as soon as possible, to shorten the recovery period and help prevent serious complications."

Last week, CBS Chicago reported that three out-of-state guests at the hotel located on 151 W. Adams Street developed the disease that's caused by a water-borne Legionella bacteria. Those infected were between the ages of 49 and 82.

Both people who died  were from out of state, according to health officials. One of the dead included a Florida physician who was initially thought to die from pneumonia until his family received a letter from the hotel notifying of the outbreak, which lead to an autopsy confirming Legionnaires'.

Victims were thought to be exposed to the bacteria between July 16 and Aug. 15. About 8,500 people were guests of the hotel during this time and people who were exposed are urged to call (312) 746-4835 during Monday-Friday from 8:30 a.m. to 4:30 p.m. CT, if they have questions. Since last week's announcement, the hotline has received 100 calls from people reporting symptoms or looking for general information, health officials said.

People are typically exposed to Legionella when they breathe in a mist or vapor that may have been contaminated. The hotel has since drained its swimming pool as well as its whirpool.

Ritger said the hotel first noticed among their employees that a number of people had a fever, cough and some had developed pneumonia, which led to tests from health officials.

Symptoms usually begin two to 14 days after being exposed to the bacteria. The disease can be can be very serious and can cause death in up to 5 percent to 30 percent of cases. People who are most at risk are older (usually over 50), current or former smokers or those with a chronic lung condition. People who have a weakened immune system from conditions like diabetes, cancer or are taking immunosuppressive medications are also at higher risk. Most cases can be treated successfully with antibiotics.

The Centers for Disease Control and Prevention has more on Legionnaire's disease.