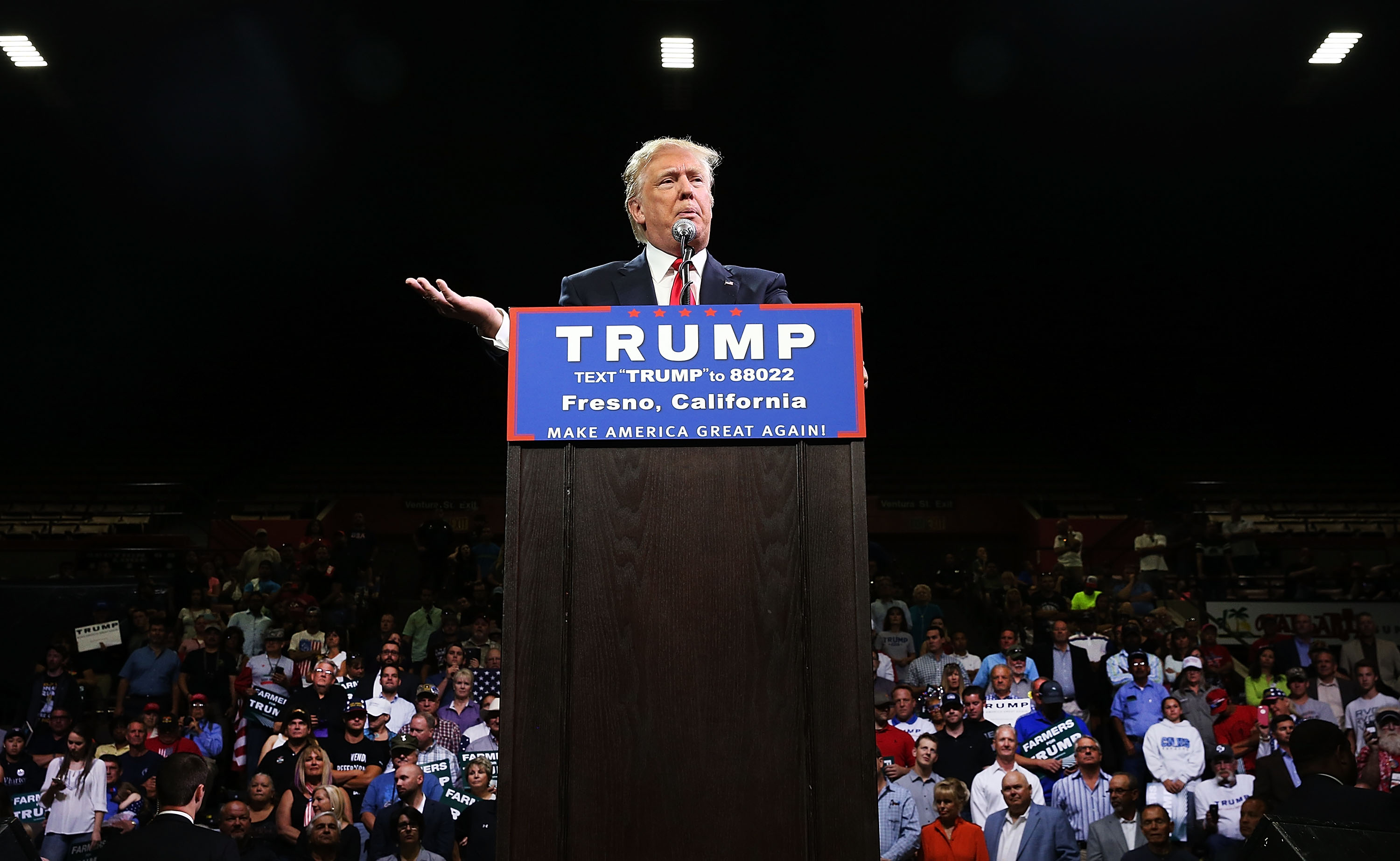 The Trump campaign featured the three advocates for the seminars in a video posted Wednesday to defend Trump University.

A federal judge had just unsealed documents in a long-running lawsuit filed by ex-students who claim they were fleeced. The seminars ended in 2011 amid a flurry of complaints and state fraud investigations.

The testimonials, recently filmed at Trump Tower in New York, feature Casey Hoban, a Connecticut bottled-water entrepreneur who said he earned "incalculable" profits on real estate deals after attending one of Trump's two-day courses about a decade ago.

Not disclosed by the campaign is that Hoban is also a Trump family acquaintance whose protein-infused water is stocked at some of Trump's golf courses, restaurants and resorts. Hoban himself tweeted in April that his water was being sold in New York at Trump Tower's deli:

Hoban told The Associated Press that his business relationship with the Trump organization bloomed after he attended a charity event held last year held by a Trump family foundation. Trump's son Eric Trump later tweeted Hoban a personal thank you for his $25,000 donation.

That largesse led to an invitation for Hoban and his family to visit Trump Tower last year for a personal tour of campaign headquarters, where they posed smiling for a photo holding Trump for President placards.

Hoban told the AP that he had only met the Trumps a couple of times and that his budding business relationship with the Trump empire had nothing to do with his offer to the campaign to issue a public endorsement of Trump U.

The campaign's video also featured Michelle Gunn of Tennessee, who said she made back her Trump University tuition on her very first real estate deal.

"I see and hear there are former Trump University students coming out, and I have to sit back and think to myself if they were given the same education, the same opportunity, how come they didn't have the same results?" Gunn says in the video. "I think that is because you have to take action upon yourself. You have to go out and make it happen."

Not mentioned by the campaign is that the celebrity billionaire previously endorsed a self-help book authored by Gunn's teenage son, titled "Schooled for Success: How I Plan to Graduate from High School a Millionaire." A website promoting the book also features a photo of a smiling Houston Gunn posing with Trump in what appears to be the then reality TV star's Trump Tower office. Houston Gunn tweeted the photo in December.

Michelle Gunn, who is listed as a witness for the defense in a lawsuit against Trump U, previously appeared in videos praising another business seminar program and a marketing service, both unrelated to Trump's enterprises. Gunn, who did not have a listed phone number, did not immediately respond to a message sent through her son's website.

The campaign's video featured a third former Trump University student, Kent Moyer, who called the seminars "outstanding." He is a former Playboy Mansion bodyguard who founded a Beverly Hills, California-based company that specializes in providing security to the wealthy and famous.

Moyer told the AP that he does not recall ever personally meeting Trump, but said he has long admired the flashy businessman. He said he reached out to Trump's lawyers after reading about class-action lawsuits alleging the program was a scam posing as a real academic institution.

"I had nothing but a great experience with Trump University," Moyer said. "Everyone knew it wasn't a real university. ... What the video doesn't talk about is that because of Trump University I ultimately enrolled in 2007 in the Wharton Business School."

Moyer has often described himself in media appearances and in written materials as an alumnus of the prestigious business school at the University of Pennsylvania, of which Trump and some of his children are graduates. Upon questioning by AP, Moyer clarified that he had attended two-week executive seminars offered by Wharton and had never been academically enrolled as a student at the university. He does not have a bachelor's degree.