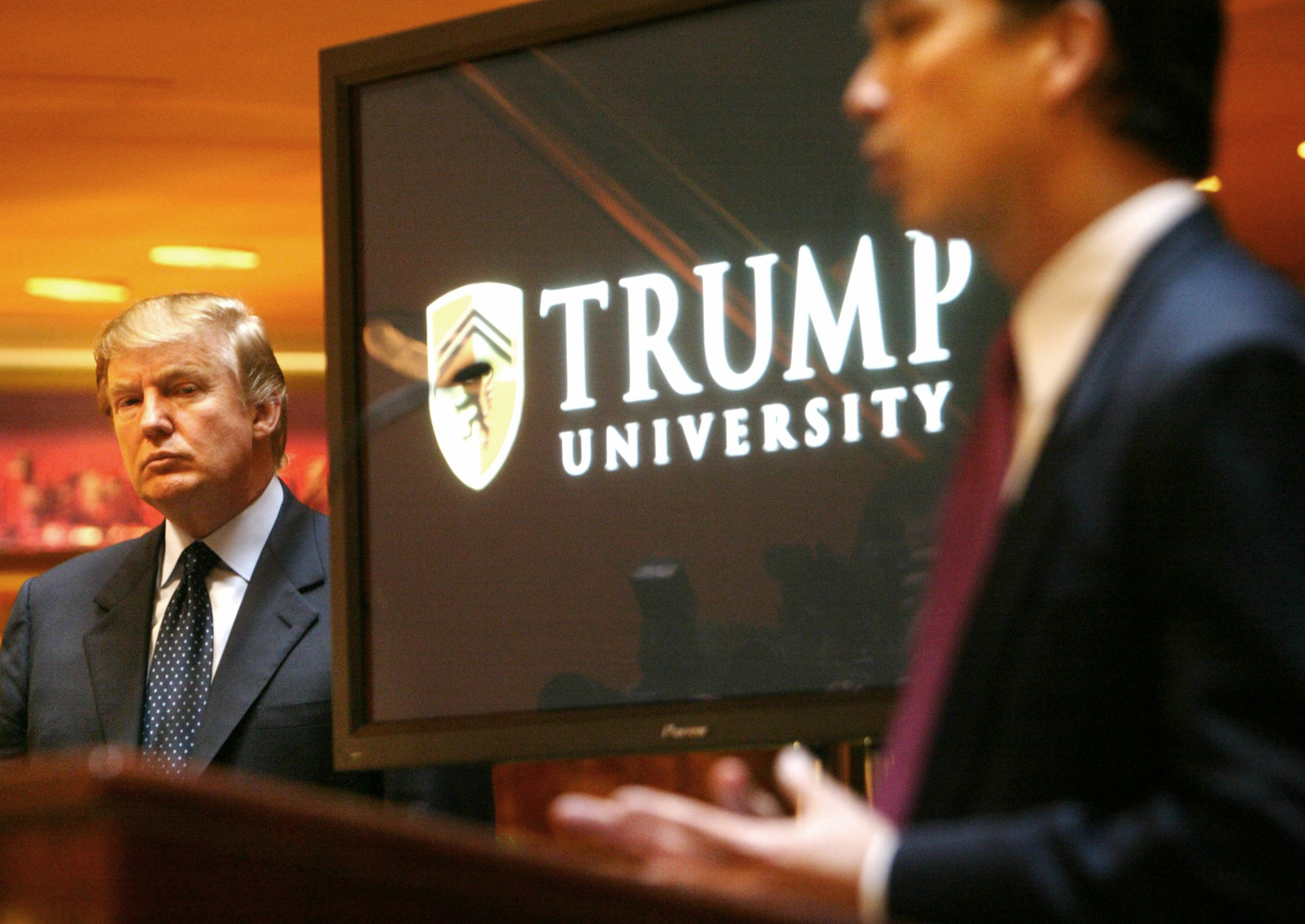 WASHINGTON -- The judge in a class action lawsuit against Trump University on Wednesday ordered some records that have been released to be yanked from public view.

U.S. District Judge Gonzalo P. Curiel late Tuesday ordered some released documents to be resealed and resubmitted with sections blacked-out. He said some records had "mistakenly" been released Friday, when he ordered some documents made public.

Trump University is the target of two lawsuits in San Diego and one in New York that accuse the business of fleecing students with unfulfilled promises to teach secrets of success in real estate.

Republican presidential candidate Donald Trump has maintained that customers were overwhelmingly satisfied with the offerings.

At a rally in San Diego on Friday, he accused the judge of being "hostile" and a "hater of Donald Trump," and raised questions about Curiel's ethnicity.

"The judge, who happens to be, we believe, Mexican, which is great, I think that's fine," Trump said of Curiel, who was born in the U.S.

It was the second time Trump has brought up the judge's ethnicity as he complained about his treatment.

Likely Democratic presidential nominee Hillary Clinton's campaign leapt on the new details contained in the unsealed documents, including the organization's strategies for encouraging prospective students to dip into their savings or find other means of making payments they couldn't afford.

"Money is never a reason for not enrolling in Trump University; if they really believe in you and your product, they will find the money," a playbook reads.

Clinton contends that Trump intends to defraud the American people.

As Trump steamrolled through the GOP primary, some of his rivals raised Trump University as a liability for the businessman and at least five different outside groups mentioned the business in attack ads. Florida Sen. Marco Rubio used the school in campaign speeches as part of his failed attempt to blunt the real estate mogul's political rise.