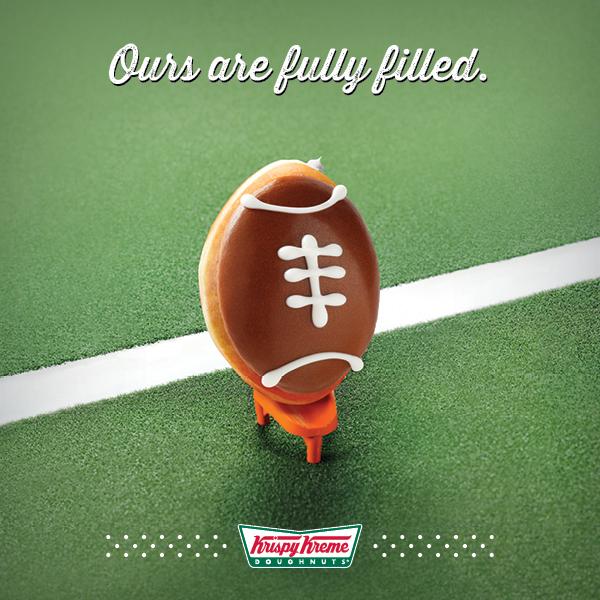 When it comes to the New England Patriots' deflated footballs scandal, social media users aren't "air-ing" on the side of caution.

Commercial brands, NFL players and the public have been quick to jump on the "Deflatriots" bandwagon to comment on the Patriots' predicament.

From treats to toilet paper -- #DeflateGate is selling.

Krispy Kreme was one of the first brands to tweet about the scandal after reports Tuesday night claiming the league found 11 of 12 balls were under-inflated in the AFC Championship game.

"Fully filled #DeflateGate," the doughnut chain tweeted on Wednesday, followed by a picture of a football-shaped doughnut with the words "Ours are fully filled" written above it.

"You know you don't have to deflate us to be more squeezable," Charmin tweeted.

Even coffee stores are taking advantage of the trending topic.

The company urged the public to get the cookies, sold at a "deflated price," before NFL commissioner Roger Goodell gets them.

However, not all social media users are looking to gain something from the scandal. Some users, NFL players, for example, are simply just offering their commentary.

"When checking the game balls, the refs check the psi indoors. This is frustrating bc the ball loses some pressure in cold weather," Gano tweeted from his verified Twitter account. "During our home playoff game this year I asked the official if he could check the psi outside again bc the ball felt flat and he said he could not."

Gano hopes "the league will make some changes" to their rules to avoid future deflated game balls.

Some Twitter users claimed Gano was defending the Patriots in his tweets. If cold weather is to blame, then why weren't the other team's balls deflated?

"So why were only the Patriots balls deflated ? 11 out of 12 feels pretty intentional," one Twitter user responded.

"Unless they moved from summer warm room to polar conditions, there's no way to justify a volume loss of 2 lb," another tweeted.

Regardless of the reason, Indianapolis Colts cornerback Darius Butler just had one question for the NFL on Twitter: "@nfl So we get to play the game again or nah?"

The Media and Public

By Wednesday morning, the #DeflateGate hashtag was overshadowed by #shrinkage -- thanks to the hosts of ESPN radio show "Mike & Mike in the Morning."

Within a few hours, there were more than 5,000 tweets mentioning shrinkage on Twitter, according to social media analytics firm Topsy.

"We got #shrinking trending!" the radio show posted on Twitter, while asking listeners to send their thoughts on the Patriots legacy if they're found to be cheating again.

It was then that the Seinfeld memes began.

Of course the game balls had shrinkage, it was cold. As George Costanza would say, "I was in the pool!"

So far, there have been more than 60,000 tweets on #DeflateGate, and it doesn't look like the trend is going to end any time soon. For now, social media users are just waiting for the next best hashtag.