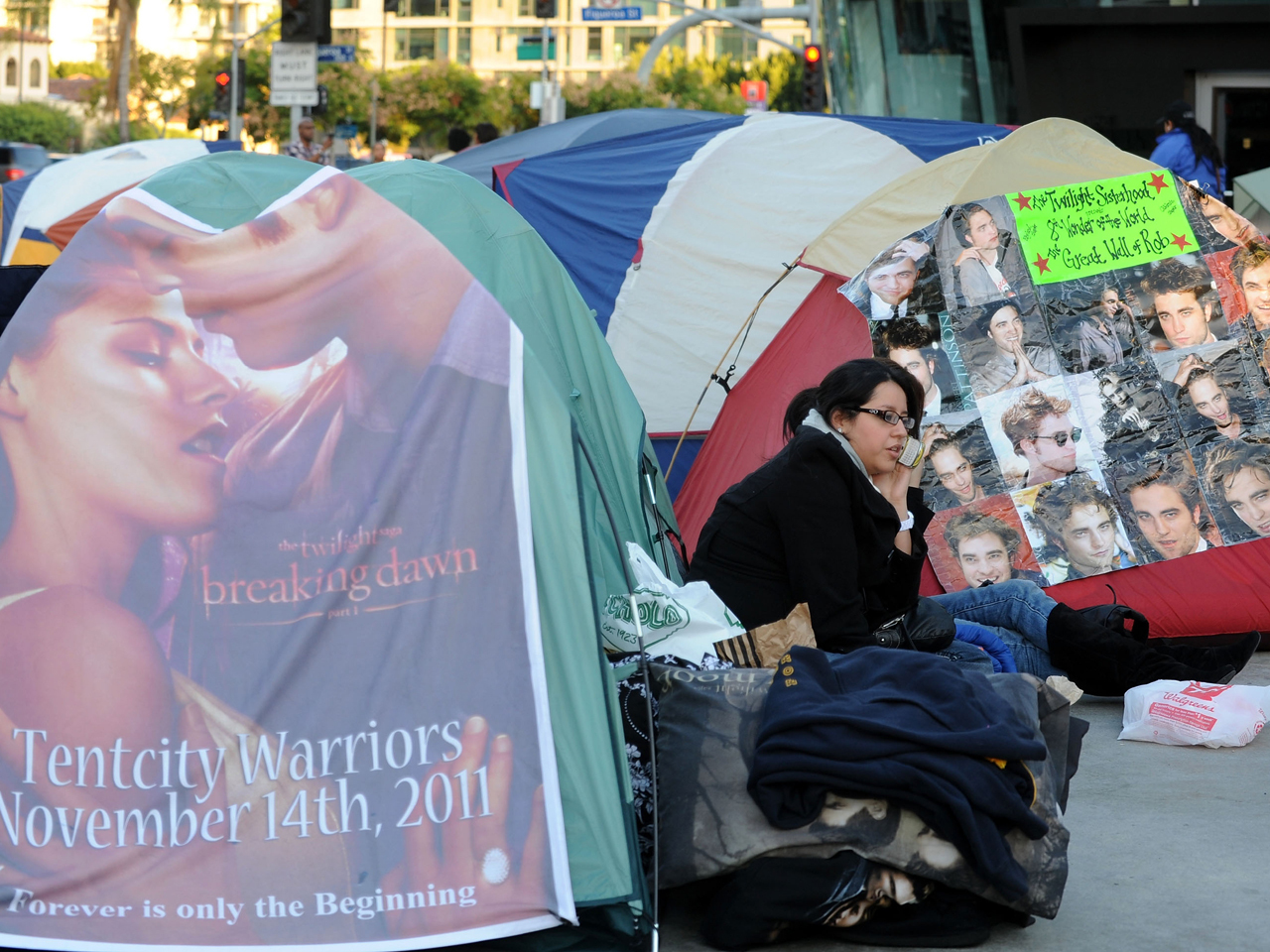 (CBS) A Twi-hard tent city has sprung up around Los Angeles' Nokia Theatre in anticipation of Monday's premiere of "The Twilight Saga: Breaking Dawn - Part 1."

Hundreds of fans have been camping out since Thursday in hopes of catching a glimpse of Robert Pattinson, Kristen Stewart, Taylor Lautner and the rest of the cast.

CBS Los Angeles reports that fans were asked to pack up their tents by 6 a.m. Monday. More than 1,000 of the fans received wrist bands that will get them near the red carpet for the premiere.

The film doesn't open until Nov. 18, but it's already raking in big bucks - advance tickets from Fandango and MovieTickets.com have sold out on 2,300 screens in the U.S. Analysts say the film could see a $155 million opening weekend.

Tell us: Will you see "Breaking Dawn - Part 1" on opening weekend?