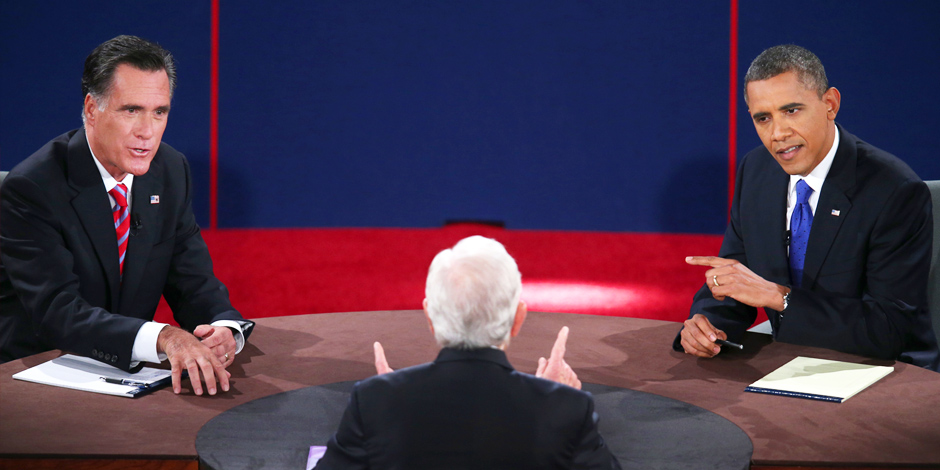 NEW YORK While it set a viewership record for Fox News Channel, Monday's debate between President Obama and Republican Mitt Romney was the least-watched of their three meetings.

The Nielsen company estimated that 59.2 million people watched the debate, which was moderated by CBS News' Bob Schieffer and focused on foreign policy. Their first debate had a television audience of 67.2 million and the second had 65.6 million.

The debate went up against a Monday night pro football game that was seen by 10.7 million and the deciding game of the National League championship series, which had 8.1 million viewers.

Still, the debate had a larger audience than the third contest between Obama and John McCain in 2008 (56.5 million viewers).

The debate was seen live on 10 different networks, with the Spanish-language Telemundo airing it on tape delay.