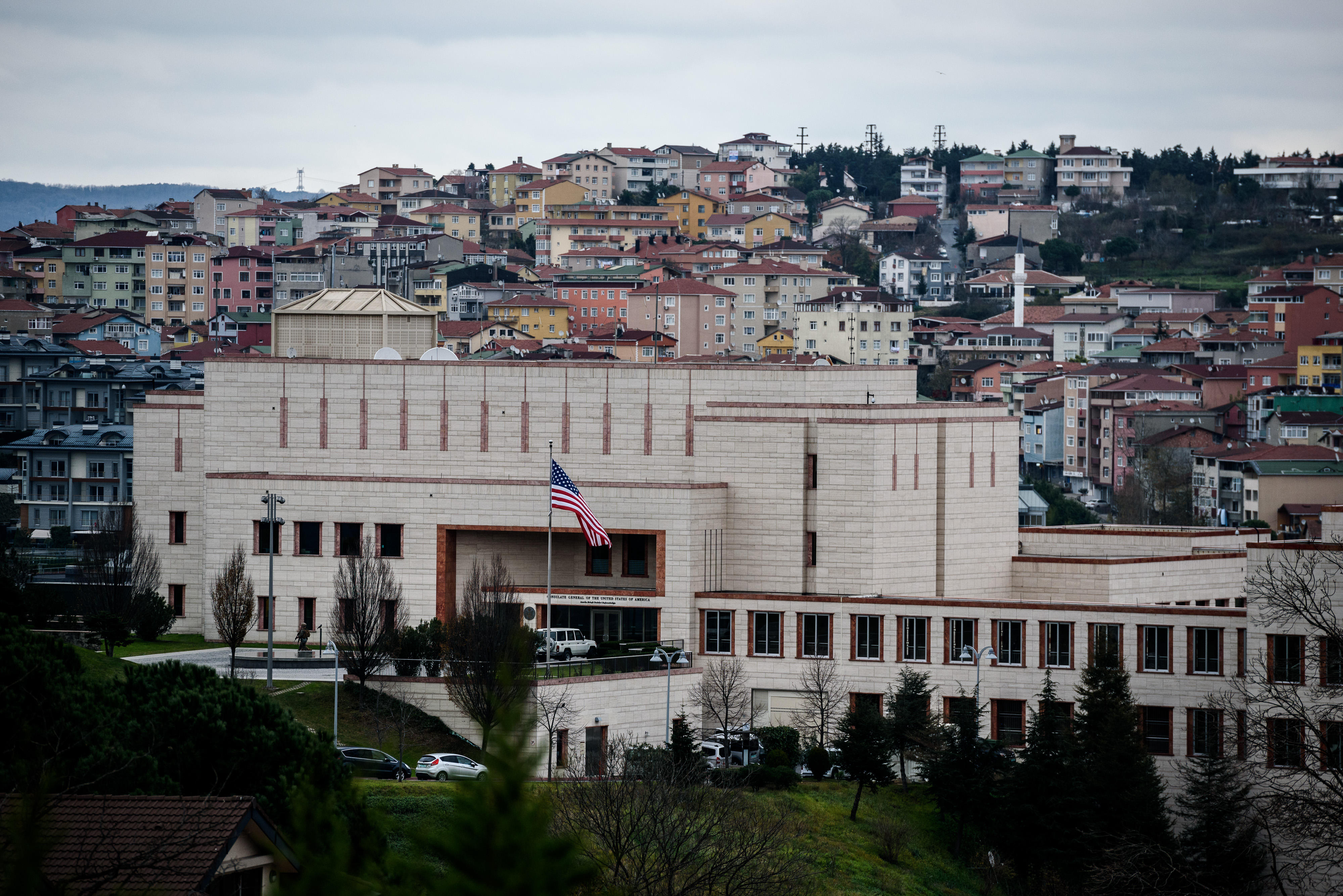 ANKARA, Turkey -- Turkish authorities have arrested a U.S. Consulate employee in Istanbul over his alleged links to a movement led by U.S.-based cleric Fethullah Gulen, Turkey's state-run news agency reported. The U.S. Embassy said Thursday it believes the allegations against the staff member are "wholly without merit."

Anadolu Agency said the man, a Turkish citizen identified by the initials M.T., was ordered arrested by a court in Istanbul late Wednesday on charges of espionage and attempts to "destroy" the constitutional order and Turkey's government.

The man is accused of ties to a former prosecutor and four former police chiefs who are being prosecuted for leading a corruption probe in 2013, which the government says was orchestrated by Gulen's movement in a bid to topple it.

About 50,000 people have been arrested and more than 110,000 have been sacked from government jobs as part of a crackdown on the movement since the coup attempt.

The U.S. Embassy said it was "deeply disturbed" by the arrest of the Istanbul Consulate's staff member as well as by what it said were "leaks from Turkish government sources seemingly aimed at trying the employee in the media rather than a court of law."

"Baseless, anonymous allegations against our employee undermine and devalue (the) longstanding partnership" between Turkey and the United States, the embassy said in a statement.

The arrest of the Consulate employee comes about six weeks after Turkish President Recep Erdogan called it a "scandal" that a U.S. court had decided to indict 19 people -- among them 15 Turkish security officials -- accused of attacking peaceful demonstrators gathered outside the Turkish ambassador's Washington home during a visit by Erdogan.

Erdogan said the security officials were protecting him from members of an outlawed Kurdish militant group after U.S. police failed to. One of those indicted was the head of Erdogan's security operation. He called the indictments "a clear and scandalous expression of how justice works in America."