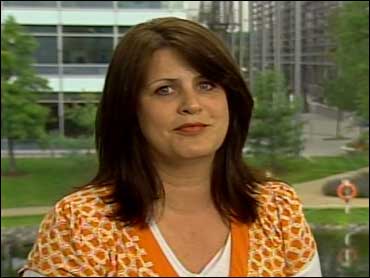 Trust is such a delicate flower - once broken it is almost impossible to regain. And right now, here in England, we are struggling to believe a word that is spoken on television.

Last week, our BBC fell into great trouble into over a program it commissioned about our Queen. Basically, in a trailer shown to the press, a couple of scenes were swapped around, and a senior BBC executive bragged to the journalists that Her Majesty had stomped off in a huff after a row with an American photographer.

In truth no such thing had happened and there are now cries of 'off with his head'. Now there is no doubt that heads will roll over this - maybe even the one atop the shoulders of the Big Boss of the BBC - Mark Thompson.

To disgracefully misrepresent facts is completely unforgivable - especially from an organization that we have historically trusted to be honest and honorable. It is paid to be impartial and independent with facts - not to 'sex things up' to be more exciting.

And now all sorts of misdemeanors are coming out of the BBC's woodwork. It's open season in the press. Charitable phone-ins and even children's programs have had competition winners faked by production staff, denying those of us who have actually paid to call the chance of winning.

In its typical 'closing the stable door after the horse has bolted' style of management, the BBC has just announced all TV and radio phone-in competitions will be suspended. Now in order for me to be fair and impartial, I have to report that many other broadcast companies here have been cheating us too.

In the same way, we have been paying to call a program even after a winner has already been chosen (or faked), or after the voting has technically stopped. It's shameless pick-pocketing by these media companies who have been using us as an additional revenue stream. Sadly we've learned to trust TV because we believe that a picture paints a thousand words, but more and more we are having to ask just how many of those words are the truth?
By Petrie Hosken