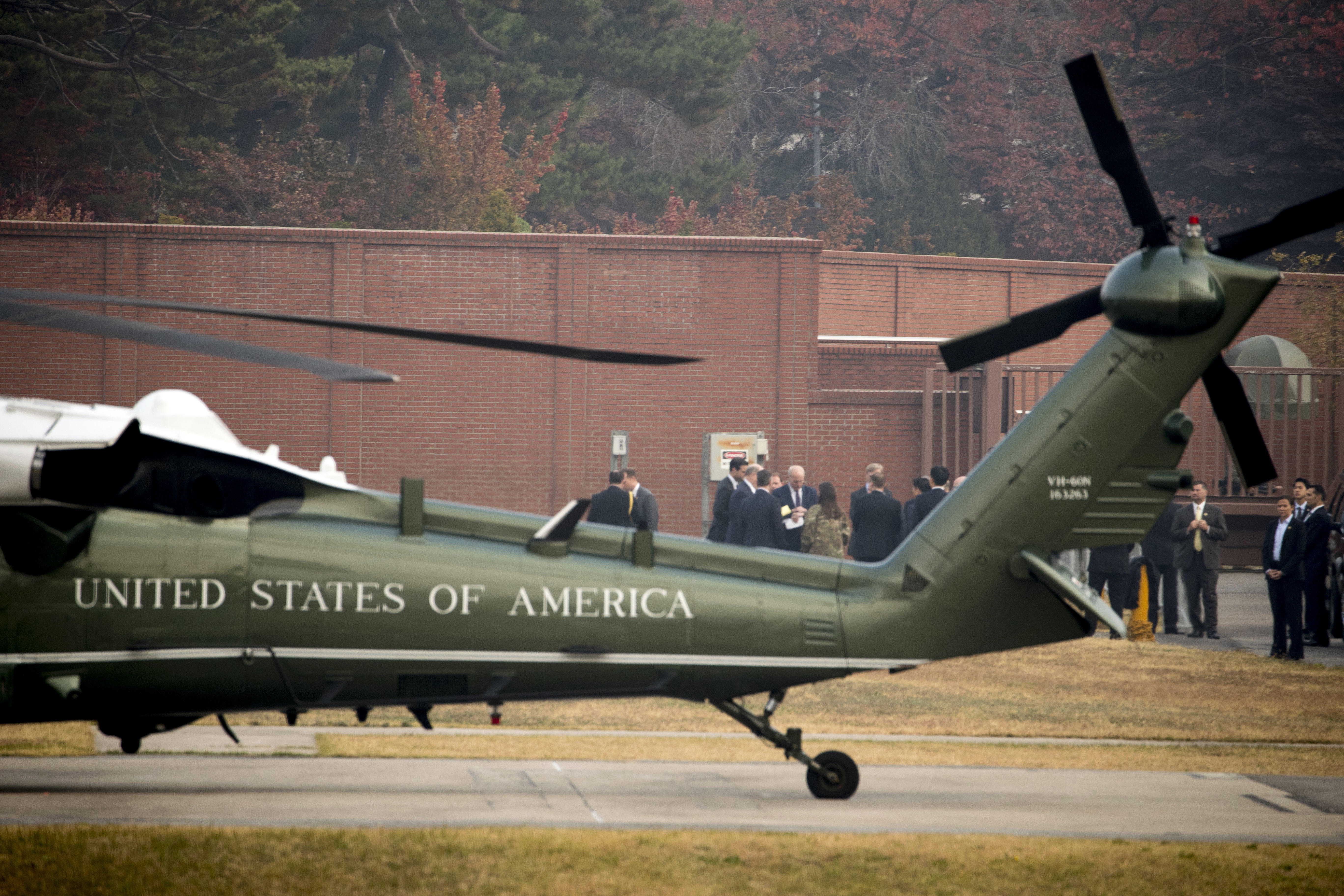 President Trump has scrapped a surprise visit to the Korean demilitarized zone due to poor weather.

Marine One flew most of the way from Seoul to the DMZ before turning back due to poor weather conditions. Weather reports from near the DMZ showed misting conditions and visibility below one mile.

The White House said Mr. Trump is disappointed the surprise trip to the DMZ was thwarted. Press Secretary Sarah Huckabee Sanders told reporters, "I think he's pretty frustrated" that he had to change his plans.

Mr. Trump had been scheduled to visit the border that for 64 years has separated the North and South with South Korean President Moon Jae-in.

The White House said Mr. Trump's trip to the DMZ had been planned well before he left for Asia, but it was kept secret due to security concerns.

"This is where we're going," Sanders said, refusing to use the three letters out loud. She said those were the instructions she was given.

The bad weather call was made as they approached the DMZ. Not quite two hours after they departed Seoul, the decision was made to abort the trip.