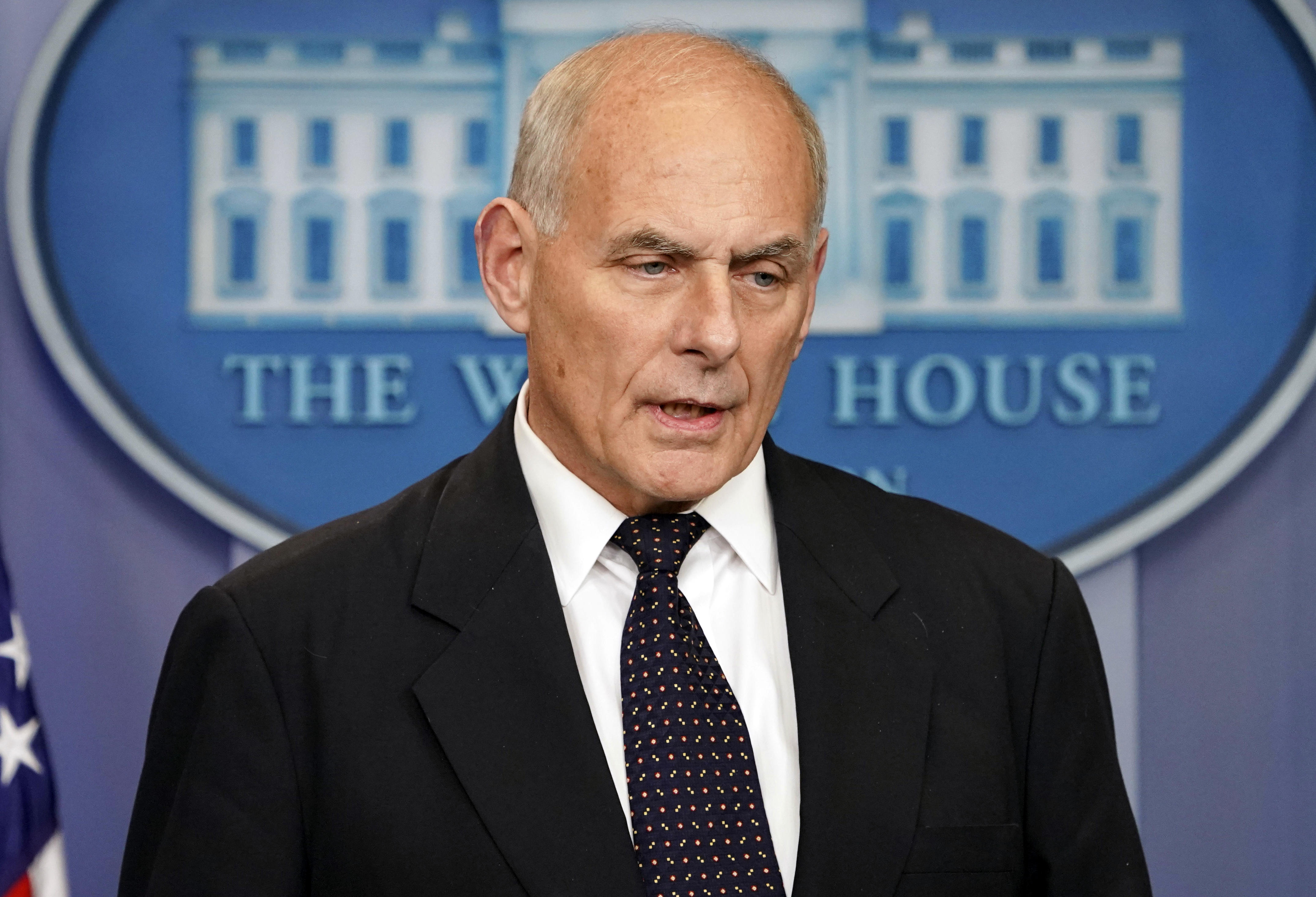 In his three months on the job, John Kelly has been credited with bringing order to a chaotic West Wing, but don't call him a moderate. President Donald Trump's chief of staff was the enforcer of Trump's controversial immigration policies, has frequently criticized the president's enemies, and this week echoed his boss' defense of Confederate monuments.

It all suggests that "The Chief," as he is known among aides, may have instilled order, but he is more ideologically aligned with Trump than many believed.

Much has been made of the imagery of Kelly silently lurking on the sidelines of presidential addresses, seeming to cringe when Trump gets out of line. But it may be wishful thinking by Trump's critics to believe that he's tugging the president in another direction.

White House officials and Kelly allies say he is not so much partisan as he is ideological, holding hawkish views on issues like immigration and national security.

Kelly also has proven to be no stranger to controversy. His defense of Confederate monuments Monday in an interview with Fox News' Laura Ingraham eclipsed even earlier comments by Trump, as he praised Confederate commander Gen. Robert E. Lee.

"I would tell you that Robert E. Lee was an honorable man," Kelly told Ingraham. "He was a man that gave up his country to fight for his state, which 150 years ago was more important than country. It was always loyalty to state first back in those days. Now it's different today. But the lack of an ability to compromise led to the Civil War, and men and women of good faith on both sides made their stand where their conscience had them make their stand."

Congressional Black Caucus Chair Rep. Cedric Richmond, D-La., a frequent critic of the administration, said in a statement that Kelly "needs a history lesson" for ignoring slavery as the root cause of the conflict.

"He is starting to sound a lot like his boss," Richmond said.

"I'm not going to get up here and re-litigate the Civil War," Sanders said.

And White House spokesman Raj Shah credits Kelly with ensuring Trump gets "the best counsel and can continue making the right decisions for the American people."

Kelly's star rose in the Trump orbit earlier this year in part because of the worldview he shares with the president. A retired Marine general who led the U.S. Southern Command, Kelly moved swiftly to enforce — and then defend — the president's controversial travel ban, which remains tied up in litigation.

And Trump credited Kelly, then the secretary of Homeland Security, for his tough talk on illegal immigration.

In a speech in April, Kelly told lawmakers to "shut up and support the men and women on the front lines," and to change immigration laws if they don't agree with how they are being enforced. The previous month, he announced that his department was considering separating families crossing the border illegally in a bid to deter their migration.

Trump took to marveling at statistics showing reduced crossings along the nation's southern border, and credited Kelly as his most effective Cabinet secretary, officials said.

Kelly has also made clear he shares Trump's frustration with the media, mocking anonymously sourced stories of palace intrigue and what he perceives to be a negative tone in coverage. At the Coast Guard Academy commencement on May 17, then-Homeland Security Secretary Kelly joked that Trump ought to take a gifted ceremonial sword and "use it on the press."

After Trump drew criticism for the tone of his call with the widow of a fallen service member, Kelly angrily attacked Rep. Frederica Wilson, D-Fla., who had described the president's conversation with the widow to reporters.

He went on to deliver a factually inaccurate condemnation of a speech Wilson had given years earlier, accusing her of using the families of fallen law enforcement officers for political gain and referring to the congresswoman as an "empty barrel."

Kelly told Ingraham he had nothing to apologize for: "For something like that, absolutely not. I stand by my comments."

Since his arrival in the White House on July 31, Kelly has focused his efforts on tightening the flow of information to the president and reforming the administration's decision-making processes. But he has insisted that his role is not to manage Trump, but to manage those around him.

"I was not sent in to, or brought in to control him," Kelly told reporters on Oct. 12. "And you should not measure my effectiveness as a chief of staff by what you think I should be doing."

Kelly declined a request to be interviewed.