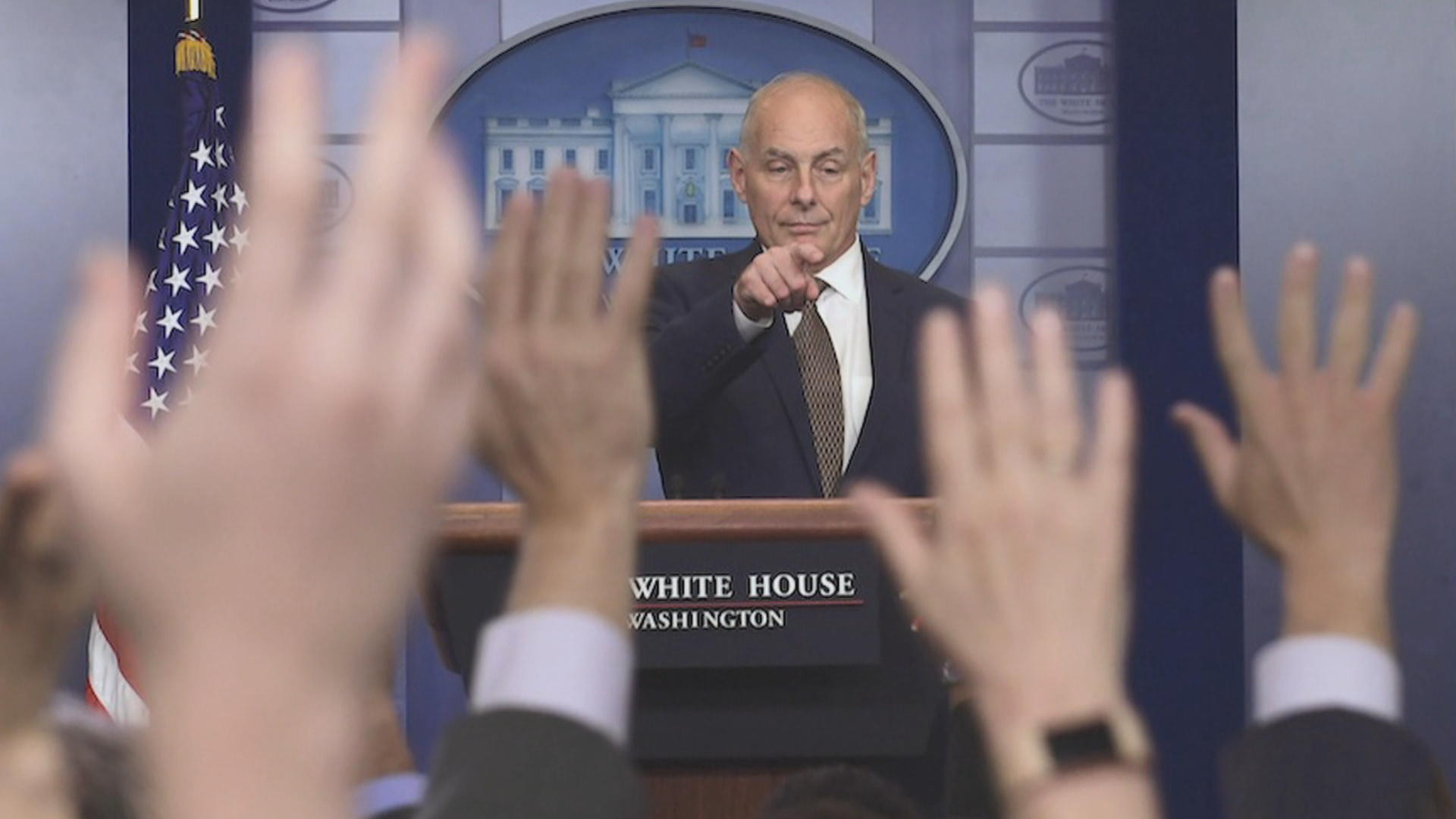 The first indictments in the Russia investigation put the White House on the defensive. President Trump wanted to focus on his tax overhaul push this week, before he goes on a 12-day trip to Asia.

The Trump White House expects the special counsel's investigation to wrap up soon and claims it is business as usual here. As the investigation accelerates, the president's lawyer insists that Mr. Trump is not considering firing Robert Mueller.

The president and first lady handed out candy on the South Lawn on Monday, even after White House officials said they weren't at all spooked by the bombshell indictments, reports CBS News correspondent Margaret Brennan.

"We're not worried about it distracting because it doesn't have anything to do with us," said White House press secretary Sarah Huckabee Sanders.

Chief of Staff John Kelly also tried to distance the president from the unfolding controversy.

"All of the activities, as I understand it, that they were indicted for was long before they ever met Donald Trump," Kelly said on Fox News Monday.

But he told Fox News that he and the president discuss the probe multiple times a day.

"It is very distracting to the president, as it would be to any citizen to be investigated," Kelly said.

The president reportedly spent Monday morning fuming as the Russia indictments played out on TV.

A senior Republican told the Washington Post, "everyone is freaking out."

White House lawyer Ty Cobb pushed back, telling CBS News "I don't know where the perception of agita comes from, but it's not real," and "the walls are not caving in."

The president claimed any alleged criminal actions by former campaign chair Paul Manafort pre-dated the election, tweeting: "Sorry, but this is years ago, before Paul Manafort was part of the Trump campaign."

But the indictment contradicted that claim. Details of Manafort's alleged criminal activities range from 2006 to February of this year, and he's accused of laundering money during the campaign.

Sanders also insisted that George Papadopoulos -- who pleaded guilty to lying to federal agents -- attempted to arrange meetings with Russian officials on his own accord.

"The actions that he took would have been on his own," Sanders said.

Of course the Papadopoulos plea agreement revealed that he was actually encouraged by an unnamed campaign adviser to pursue contact with the Russians. The president has yet to comment on those charges.