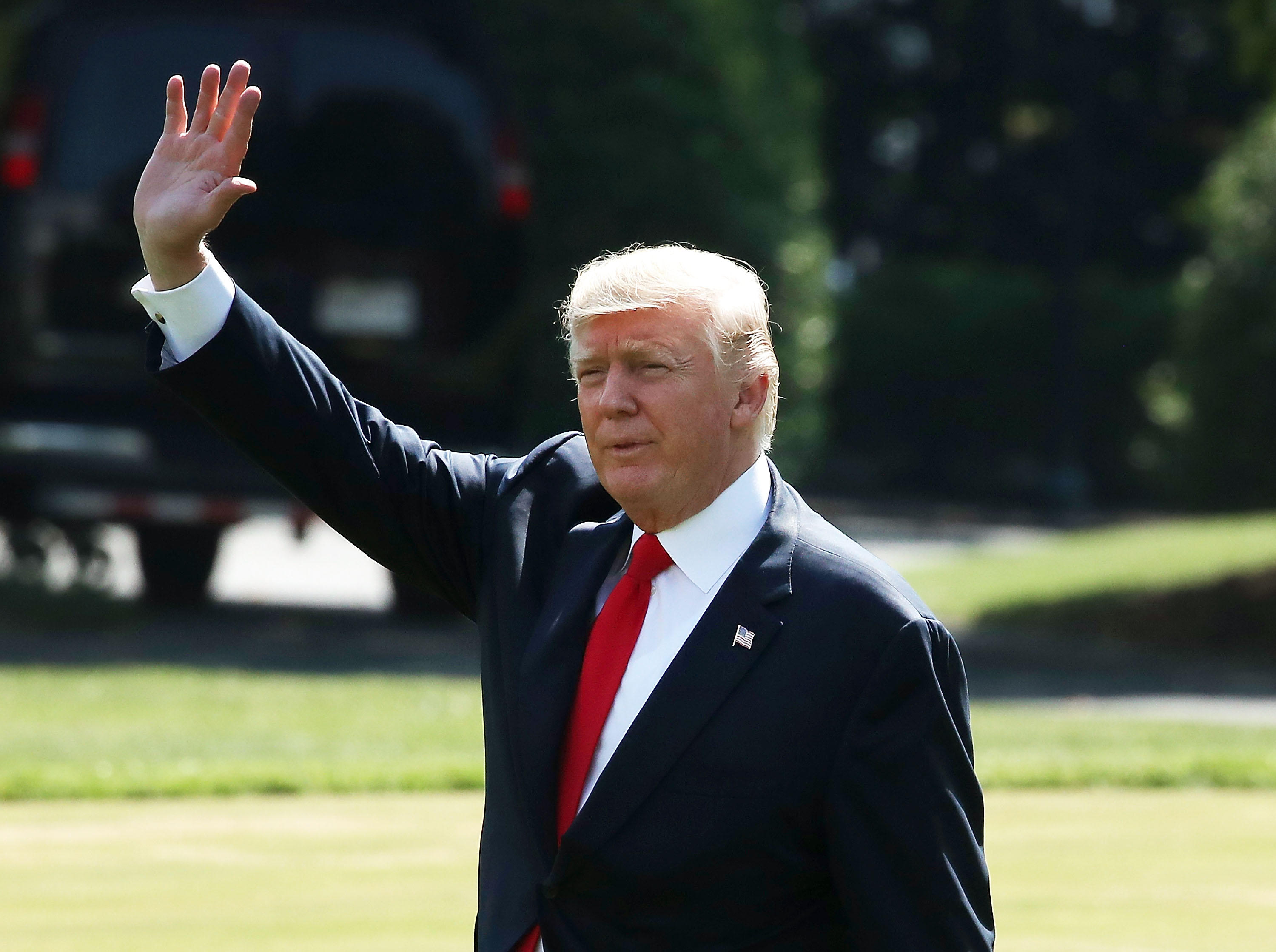 President Donald Trump's approval rating is unchanged from June and remains at 36 percent, while favorable views of the U.S. economy continue to soar to heights not seen in more than fifteen years. The president does get better marks on his handling of the economy than for other issues, but his overall approval remains where it is partly because Americans say they're evaluating him more on culture and values than on how they're faring financially, and partly because his ratings for other domestic issues are negative.

It is only those who are very confident about their own personal financial situation who give the president approving marks overall, and only half of Americans say the stock market's performance matters to them, personally, even as it reaches new highs.

The president gets his relatively highest marks on handling the economy, compared to other topics tested, and is up four points from June when it was net negative.

However, Americans say economics aren't the only measure of a president, and more say that they're evaluating Mr. Trump by whether or not he promotes the kind of culture and values they believe in, more so than whether or not he helps their economic situation. This is particularly true among those who disapprove of his job performance right now.

Overall, positive assessments of the economy have climbed again, now reaching 69 percent, up five points from June, and comparable today to how Americans felt in 2001 and 2002.

Looking at their own pocketbooks, one-third of Americans call themselves very confident in their own economic and financial situation, an increase from this time last year. Still, only those who say they are very confident approve of the president overall – those merely somewhat confident and those uneasy do not approve, suggesting that his overall ratings could be more tied to how Americans feel about their own prospects than to the economy overall.

While the stock market may be one indicator of how the economy is doing, only about half of Americans -- 49 percent -- say the market matters to them and their personal finances.

Meanwhile, the president's handling of other domestic policies like trade, immigration and health care all get net negative marks. Health care, in particular, gets high disapproval.

So, many opinions – especially overall approval – are driven by partisanship, and the President's approval rating among Republicans is at 80 percent, up from the 72 percent who approved in June, and back around where it had been for most of his term so far, as more of them now approve of how he is handling the economy. But it's down a bit among the larger group of independents.