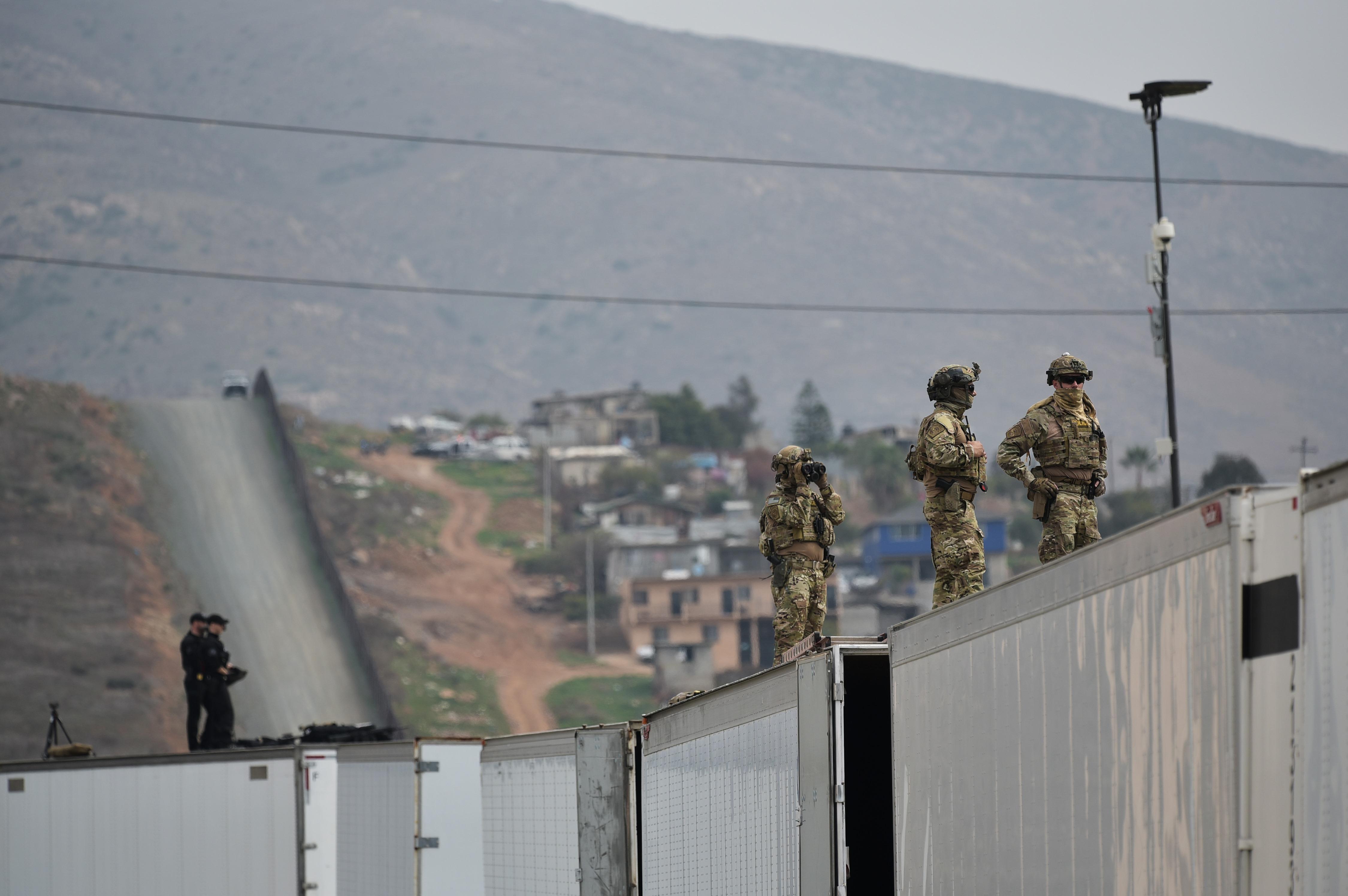 WASHINGTON -- The administration scrambled to catch up with President Trump's surprise announcement that he wants the military on the southern border. The White House is asking states to send National Guard troops to assist with surveillance and administrative duties, not apprehensions.

But Homeland Security Secretary Kirstjen Nielsen could not describe the size of the force, the estimated cost or the duration.

"I don't want to get ahead of the governors," she said at the White House Wednesday. "This is a partnership with them. As soon as the numbers are available we'll provide that."

President Barack Obama sent 1,200 National Guard troops to the border in 2010, and President George W. Bush sent 6,000 in 2006. We asked Nielsen if this deployment will be more robust than the one during Bush's era.

"It will be strong," she replied. "It will be as many as is needed to fill the gaps that we have today is what I can tell you."

The administration cites a year-over-year 26 percent drop in apprehensions at the southern border as evidence of its success in enhancing security. The downward trend has continued for four of the last five months. Still, the administration says there is a crisis.

A 2012 federal report said the Bush and Obama deployments together cost $1.3 billion and provided real benefits in terms of arrests and drug seizures. But it also found evidence of wasted time and resources. And while border arrests are down, the administration fears a surge in attempts to smuggle people and drugs across the border during the spring.