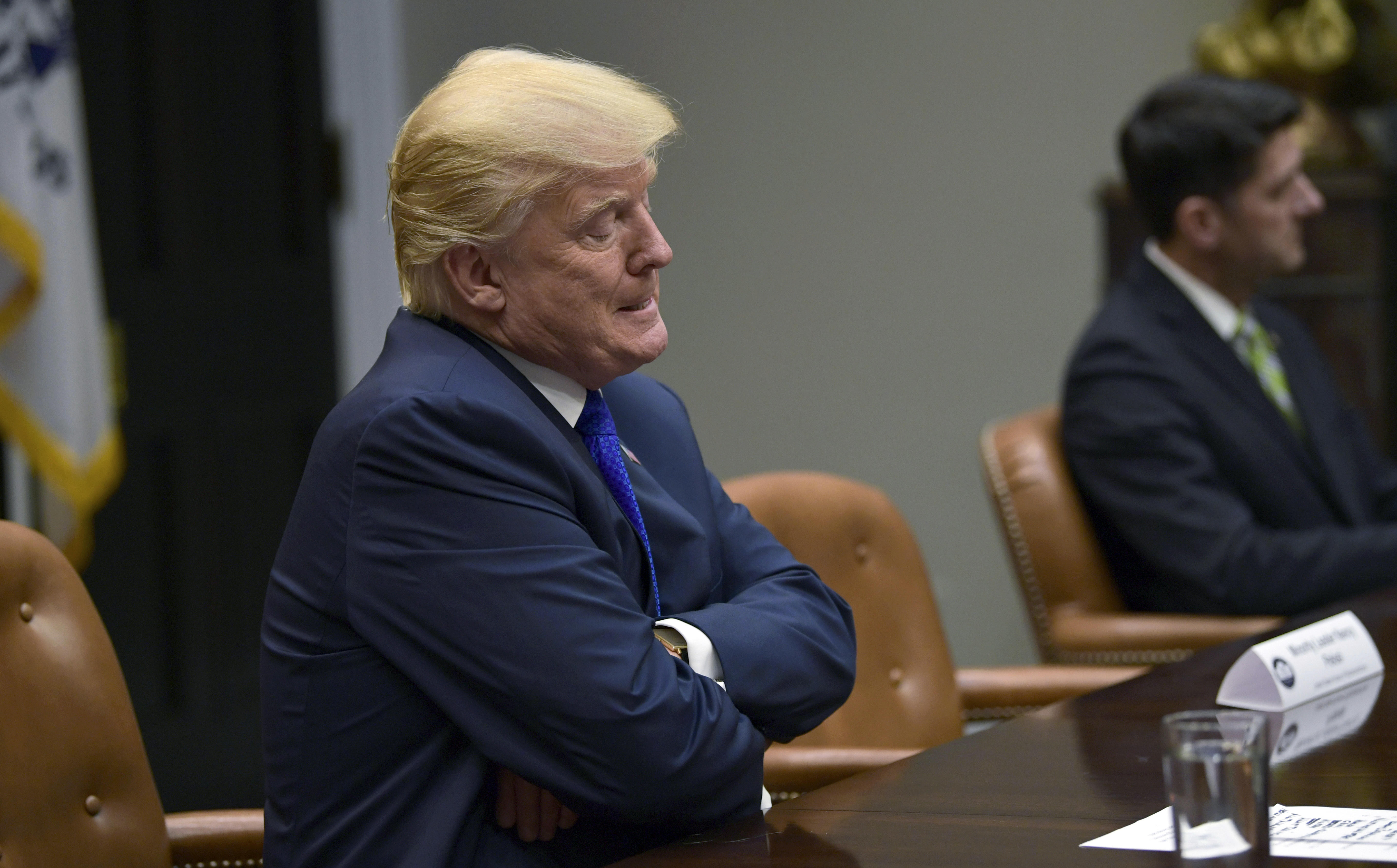 "They decided not to show up," Mr. Trump said from the White House Tuesday afternoon. "They've been all talk. They've been no action. And now it's even worse. Now, it's not even talk."

Mr. Trump, flanked by two vacant seats labeled with placards for both Democratic leaders, went on to say that he is "not that surprised" by their decision and called them "weak" on crime and illegal immigration.

Schumer and Pelosi decided not to meet with him after he derided their positions on Twitter, tweeting, "I don't see a deal!"

However, in light of North Korea's launch of an intercontinental ballistic missile (ICBM) into the East Sea Tuesday afternoon ET, the president predicted that Schumer and Pelosi "will be here fairly quickly" and would be more willing to cooperate.

Mr. Trump was joined by Senate Majority Leader Mitch McConnell and Speaker of the House Paul Ryan who sat just beyond the two empty chairs for Pelosi and Schumer. McConnell and Ryan echoed the president's disappointment regarding the Democratic congressional leadership.

The two chastised their Democratic colleagues for skipping the White House talks.

"I think the Democratic leaders in the House and Senate need to understand how the government works," McConnell said, pointing out that successfully passing any legislation will require Mr. Trump's signature.

Earlier Tuesday, Mr. Trump met with GOP leadership to discuss the Senate's upcoming tax overhaul bill, which he described as a productive meeting and "somewhat of a love-fest." He reiterated his support for the bill and tax cuts in general, adding that he believes the Republican tax plan will be very popular.

When asked about a potential government shutdown, Mr. Trump said that he "would absolutely blame Democrats if that happens."

The president was also joined by Secretary of Defense James Mattis, Director of the Office of Management and Budget Mick Mulvaney and senior policy adviser Stephen Miller.

Mattis provided an update on North Korea following Tuesday's missile launch, which marked their third test of an ICBM and their first missile launch in ten weeks.

"It went higher, frankly, than any previous shots they've taken," he said. "It's a research and development effort on their part to continue building ballistic missiles that can threaten everywhere in the world basically."

The missile was launched from Sain Ni, North Korea, and traveled about 1,000 kilometers, about 620 miles, before landing in the Sea of Japan.