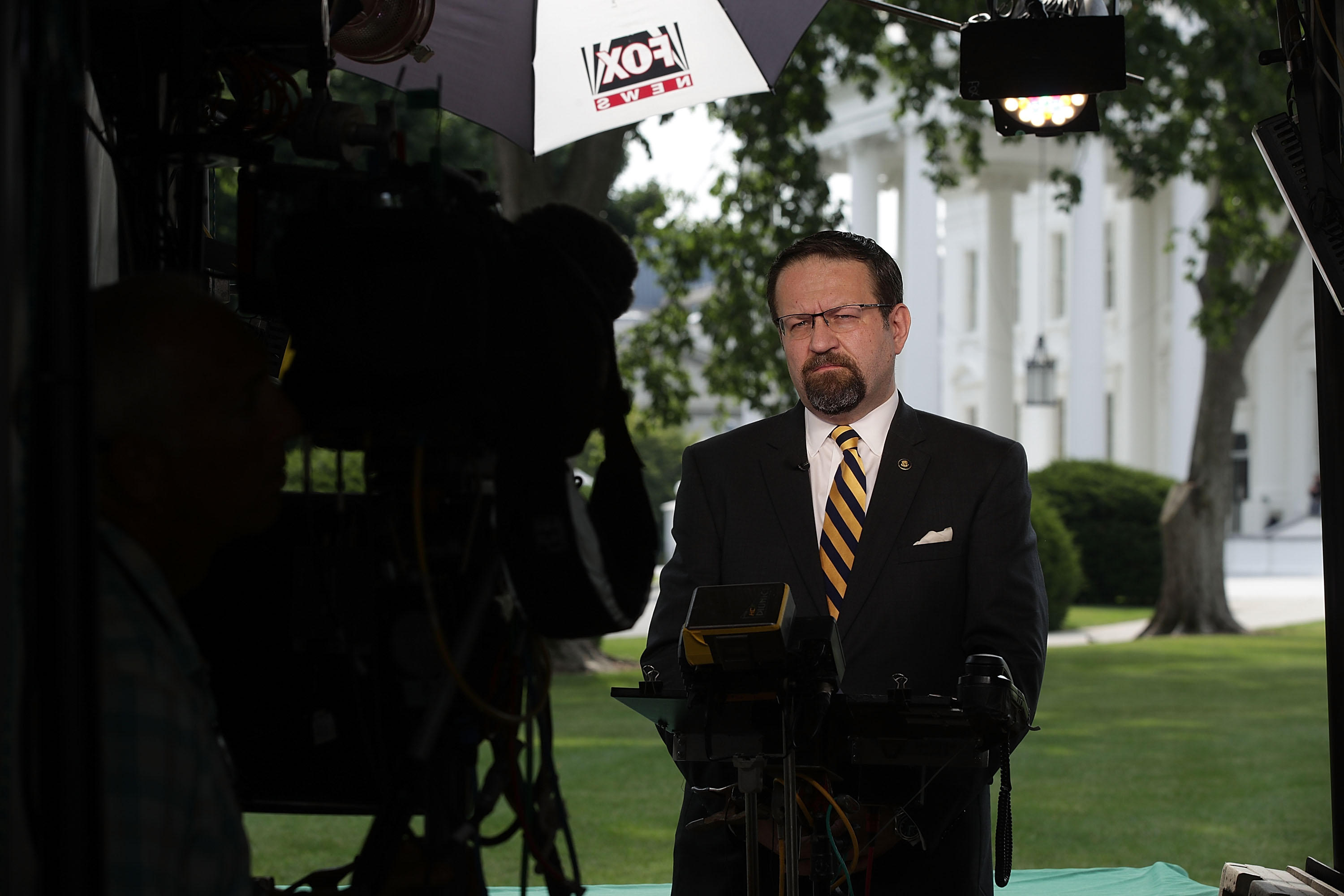 CBS News' Major Garrett has confirmed that Deputy Assistant to the President, Sebastian Gorka, has left his post in the Trump administration, according to a source with direct knowledge of the situation.

The departure, first reported by The Federalist, cited multiple sources familiar with the situation as saying that Gorka had expressed "dissatisfaction with the current state of the administration" in a letter to the president, and that he had resigned. On Friday evening, a White House official said that Gorka, who served as an adviser on national security, had not resigned but confirmed that he no longer works at the White House.

Gorka said on Breitbart Radio Saturday he will be working with Steve Bannon, Mr. Trump's former chief strategist, and the team at Breitbart. Before joining the Trump White House, Gorka had worked as a national security editor at Breitbart News.

"Regrettably, outside of yourself, the individuals who most embodied and represented the policies that will 'Make America Great Again,' have been internally countered, systematically removed, or undermined in recent months," The Federalist reported Gorka's letter said.

The letter went on to cite Mr. Trump's recent speech on strategy in the war in Afghanistan as a final sticking point in his ability to stay on any longer in the Trump White House.

"The fact that those who drafted and approved the speech removed any mention of Radical Islam or radical Islamic terrorism proves that a crucial element of your presidential campaign has been lost," wrote Gorka.

Gorka added, "Just as worrying, when discussing our future actions in the region, the speech listed operational objectives without ever defining the strategic victory conditions we are fighting for. This omission should seriously disturb any national security professional, and any American who is unsatisfied with the last 16 years of disastrous policy decisions which have led to thousands of Americans killed and trillions of taxpayer dollars spent in ways that have not brought security or victory."

Recently, he has also dismissed the idea that white supremacists pose a terrorist threat.

"It's this constant, 'Oh, it's the white man. It's the white supremacists that's the problem.' No, it isn't," he said on Breitbart Radio, just a few days before the racially motivated violence in Charlottesville.

Gorka's departure comes as the latest White House staffer to leave the administration during Mr. Trump's seven months in office, the most notable as of late being former adviser and confidant to Gorka, Steve Bannon, who returned to the right-wing news outlet Breitbart News after departing the White House.