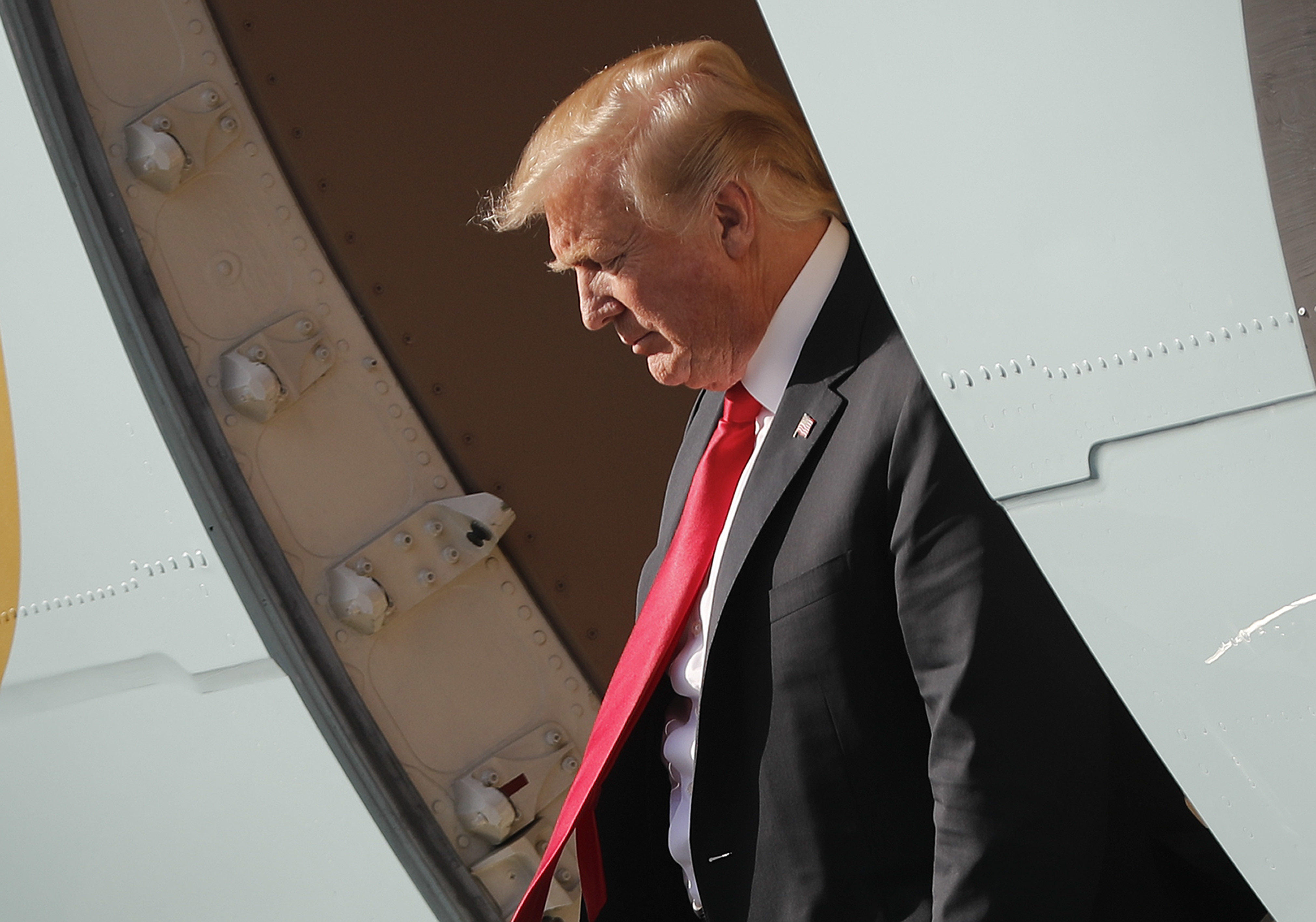 WASHINGTON — President Trump is abandoning plans to keep U.S. troops in Syria long term, pushing for a quick military withdrawal over a prolonged effort to stabilize the country and prevent the Islamic State group from re-emerging.

Mr. Trump has signaled to his advisers that ideally, he wants all troops out within six months, according to three U.S. officials — a finale that would come shortly before the U.S. midterm elections. But Mr. Trump has given no formal order to pull out the 2,000 U.S. troops currently in Syria, nor offered a public timetable, other than to say the United States will pull out just as soon as the last remaining IS fighters can be vanquished.

In his haste to withdraw from Syria, Mr. Trump stands alone. The Pentagon, the State Department and CIA are all deeply concerned about the potential ramifications if the U.S. leaves behind a power vacuum in Syria, as are Israel, Arab leaders and other nations in the U.S.-led coalition that has fought IS in Iraq and Syria since 2014.

The president made clear his patience was running out as he met top national security aides on Tuesday. Yet the meeting concluded with no hard-and-fast deadline handed down, leaving Mr. Trump's team struggling to deduce how fast is fast enough for Mr. Trump, according to officials briefed on the meeting who weren't authorized to discuss it and requested anonymity.

The tense disagreement between Mr. Trump and his team has played out in chaotic and increasingly public fashion. On Tuesday, before the Syria meeting, Mr. Trump was telling television cameras he wanted to "get out," just as the U.S. special envoy for fighting IS insisted "our mission isn't over." And on Wednesday, the White House issued a statement that declared the IS mission is "coming to a rapid end" but avoided specifics altogether.

"We will continue to consult with our allies and friends regarding future plans," said White House press secretary Sarah Huckabee Sanders.

Urging him to slow down, Mr. Trump's aides have been emphasizing that IS fighters remain active in Syria, evidence that Mr. Trump's own, publicly stated objective — the total defeat of IS — has yet to be met. Officials said the U.S. is tracking two pockets where IS remains viable — one in the Middle Euphrates Valley Region, another along the Iraq-Syria border. And despite the White House's insistence that the group is "almost completely defeated," a string of renewed IS attacks in recent weeks has raised fears about a resurgence.

Regardless of exactly when the troops leave, the decision to remove them as soon as possible has forced an immediate realignment of long-term U.S. objectives in the country, officials said.

With no military presence to ensure security for American personnel, the U.S. will have to call off other planned operations to clear land mines, restore basic services like water and electricity, and create political conditions needed to resolve Syria's civil war. Already, Mr. Trump has put an indefinite hold on $200 million he pledged previously for those operations.

Those efforts by U.S. diplomats and aid workers have been seen as critical to ensuring that Syria's territory isn't exploited in the future by IS remnants, other extremists or Iran. They formed a key component of Mr. Trump's new Syria strategy, laid out by then-Secretary of State Rex Tillerson in a speech in January declaring it "vital for the United States to remain engaged in Syria." But the speech, while formally approved by the White House, angered Mr. Trump, officials said, and the president fired Tillerson last month.

Instead, Mr. Trump will leave stabilizing Syria to other nations, in line with his long-stated view that the United States shoulders too much of global costs and should put "America first."

"I want to get out," Mr. Trump said. "I want to bring our troops back home. I want to start rebuilding our nation."

Mr. Trump has asked Saudi Arabia, which is keenly interested in keeping Iran out of Syria, to contribute $4 billion toward reconstruction and stabilization efforts that the U.S. no longer plans to undertake. He came away from a phone call Monday with King Salman confident that the king will agree to give the money, two U.S. officials briefed on the conversation said. The Saudi Embassy in Washington did not immediately comment.

Securing foreign dollars while pulling out troops could allow Trump to argue before the November midterms that he's shifted the burden of resolving far-flung crises away from America. But ceding influence over Syrian territory could hand more control to countries whose interests in the Middle East are sharply at odds with the United States.

As the White House was talking up a U.S. withdrawal on Wednesday, the leaders of Russia, Turkey and Iran were meeting in Ankara to hash out their own plans for Syria's future, including a continued Turkish operation to oust U.S.-backed Kurdish fighters from northern Syria. The three nations have been pushing their own diplomatic track for resolving Syria's civil war, even as the U.S. tries to rejuvenate United Nations-led talks.

"We have agreed to expand the entire range of our trilateral cooperation in Syria," Russian President Vladimir Putin said in the Turkish capital, claiming credit on the trio's behalf for the Islamic State group's near-defeat.

Russia has been propping up Syrian President Bashar Assad for years, with increasing help from Iranian-backed Shiite militias such as Hezbollah — to the dismay of U.S. allies such as Israel. A phone call Wednesday between Mr. Trump and Israeli Prime Minister Benjamin Netanyahu grew tense because of the Israeli leader's concerns that the U.S. will withdraw and allow Israel's enemies to gain a further foothold in a neighboring country, two U.S. officials said.

Nor is it clear that the U.S. has capable local partners lined up to handle basic security and prevent a total collapse following a precipitous U.S. pullout — a prospect that offers unsettling echoes of the 2011 U.S. withdrawal from Iraq. As a candidate, Mr. Trump derided President Barack Obama for that decision and argued that the resulting power vacuum enabled the formation of the Islamic State.

The Syrian Kurds, the most effective fighting force in Syria aligned with Washington, recently shifted to fighting Turkish forces in the area of Afrin. That forced a pause in operations against the main IS holdout in Syria. The Pentagon has warned that the distraction could give IS the reprieve it needs to regroup after four years of being pummeled.