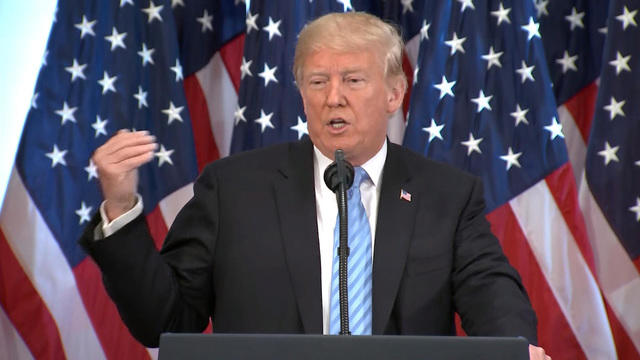 President Trump said he plans to move forward with increasing tariff levels on Chinese products to 25 percent in January, saying in a Wall Street Journal interview that it is "highly unlikely" that he would comply with China's request to hold off on the increase.

"If we don't make a deal, then I'm going to put the $267 billion additional on," at a tariff rate of either 10 percent or 25 percent, Mr. Trump said in the interview, which comes days before he meets with Chinese President Xi Jinping.  He said in the interview his tariffs could impact Apple products imported from China, including iPhones and laptops.

The two leaders are scheduled to meet at a summit this week of the Group of 20 nations in Buenos Aires. The president told the Wall Street Journal that if his meeting with Xi doesn't have a positive outcome, he will raise tariffs on all remaining imported goods from China.

Mr. Trump's tariff increase is expected to take effect January 1. The administration has already put a 25 percent tariff on a separate list of Chinese imports valued at more than $50 billion.

On Monday, the president hinted that he could move forward with the tariffs, telling reporters at the White house that "it could happen. They have to treat us fairly."