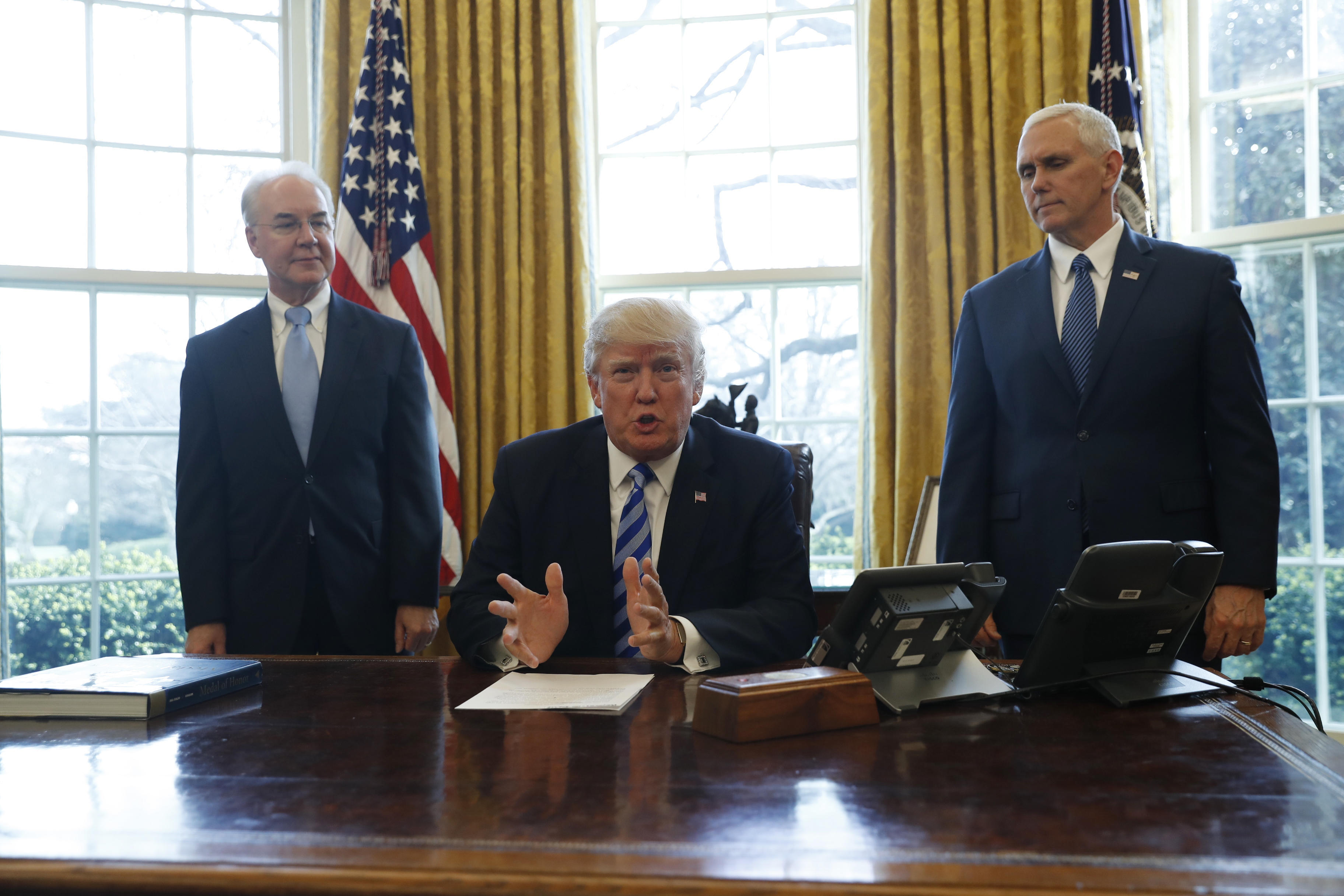 President Trump said Friday that “both parties can do better” after the vote on the GOP health care bill was abruptly canceled in the House after it seemed likely it did not have enough support to pass.

“Perhaps the best thing that could happen is exactly what happened today,” Mr. Trump said in a news conference in the Oval Office.

The vote on the American Health Care Act, originally scheduled Thursday but then pushed to Friday after failing to gain conservative support, was canceled after it appeared that Republicans had failed to get enough support from within their own party for it to pass. House Speaker Paul Ryan admitted Friday that the GOP “came up short.”

Mr. Trump and Ryan already pushed to blaming Democrats, with Mr. Trump saying “we had no Democrat support” and Ryan saying that “moving from opposition party to a governing party comes with growing pains.”

“I think the losers are Nancy Pelosi and Chuck Schumer because now they own Obamacare,” Mr. Trump said. “They own it.  Hundred percent own it.  And this is not a Republican healthcare, this is not anything but a Democrat healthcare and they have Obamacare for a little while longer until it ceases to exist, which it will at some point in the near future.”

Ryan said that Obamacare will “remain the law of the land” until it is replaced.

Mr. Trump insisted that he never said  “repeal and replace within 64 days” on the campaign trail.

“I’ve been saying for the last year and a half that the best thing we can do politically speaking is let Obamacare explode,” Mr. Trump said. “It is exploding right now.”

Mr. Trump said that in this scenario, perhaps then there will bipartisan support for a “truly great health care bill.”