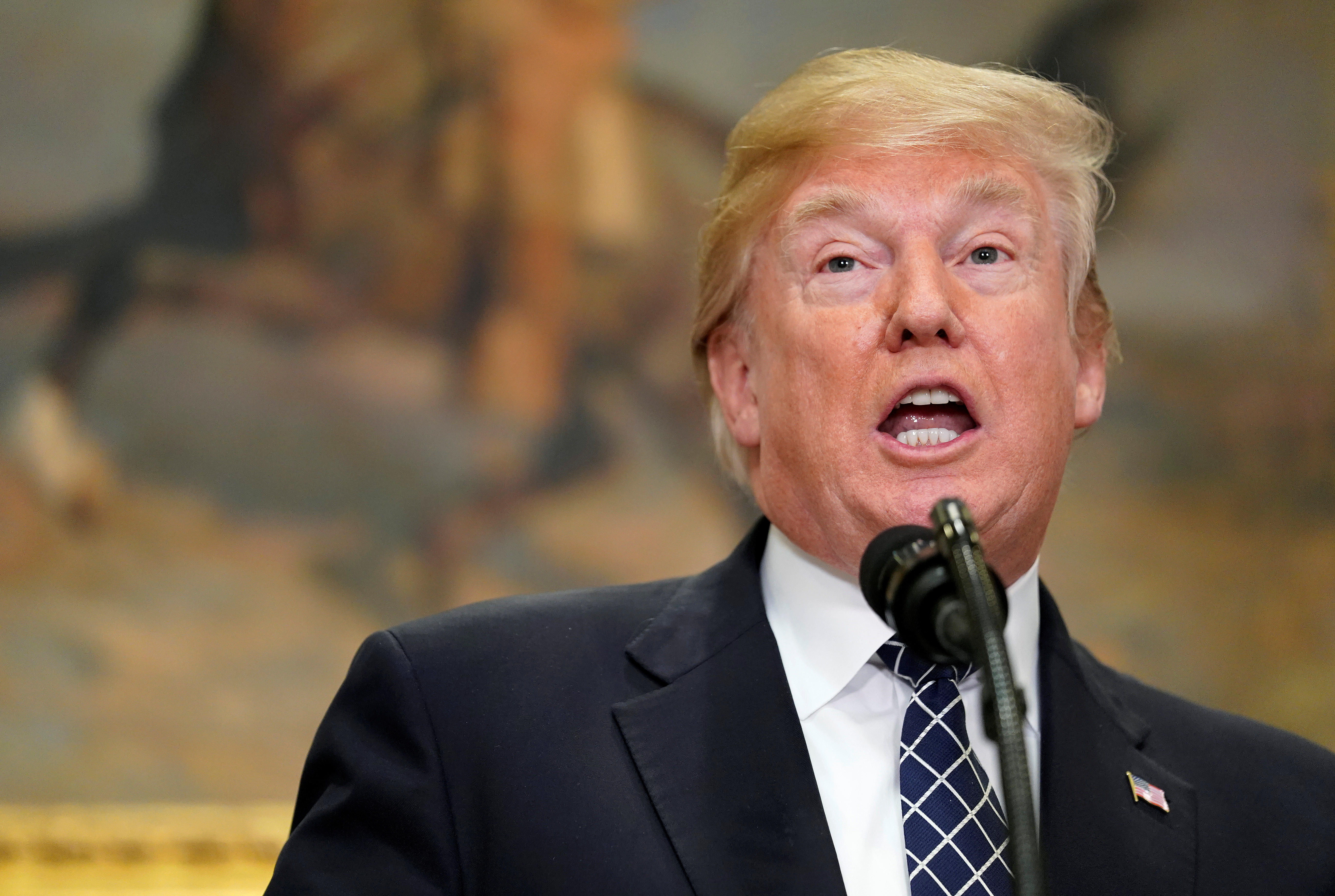 Donald Trump's vulgar remarks questioning why the U.S. should admit immigrants from Haiti and Africa have spotlighted the bitter divide among American evangelicals about his presidency.

While some of his evangelical backers expressed support for his leadership, other conservative Christians are calling the president racist and say church leaders had a moral imperative to condemn him.

"Your pro-life argument rings hollow if you don't have an issue with this xenophobic bigotry," tweeted pastor Earon James of Relevant Life Church in Pace, Florida.

Trump won 80 percent of the white evangelical vote in the 2016 election. But recent polls show some weakening in that support, with 61 percent approving of his job performance, compared with 78 percent last February, according to the Pew Research Center.

Still, conservative Christians remain as polarized as ever over his leadership.

Many evangelical leaders who defended him in the past would not comment on Trump's remarks to a group of senators. A few offered some criticism. Pastor Ronnie Floyd, a former president of the Southern Baptist Convention, said it was "not good" to devalue any person.

Johnnie Moore, a public relations executive and a leader among Trump's evangelical advisers, said the reports of what Trump said were "absolutely suspect and politicized."

President Donald Trump denied Friday via Twitter that he said anything "derogatory about Haitians" during an immigration meeting at the White House the day before, as the world continued to express outrage over his reported comments. (Jan. 12)

Sen. Dick Durbin, D-Ill., who attended the Oval Office meeting Thursday, and people briefed on the conversation said Trump did make the comments as reported: He questioned why the U.S. would accept more immigrants from Haiti and "shithole countries" in Africa as he rejected a bipartisan immigration deal.

Sen. Lindsey Graham, R-S.C., who Durbin said objected to Trump's remarks at that time, did not dispute Durbin's description. On Sunday, Sen. David Perdue, R-Ga., who attended the Oval Office meeting, insisted that Trump did not use the vulgar word.

Pastor Mark Burns from South Carolina remained skeptical, but said if the remarks were true, Trump was only reacting to poor conditions in Haiti and Africa that were the fault of "lazy governments" there.

The Rev. Robert Jeffress, pastor of First Baptist Dallas and a frequent guest at the White House, said that apart from the president's choice of words, "Trump is right on target in his policy," putting the needs of the U.S. above those of other countries.

Yet anger spread among other conservative Christians.

They posted family photos on social media and proudly noted immigrant relatives. Bishop Talbert Swan of the Church of God in Christ, or COGIC, the country's largest black Pentecostal denomination, tweeted a photo of one of his grandchildren born to what Swan said was his "educated, hard-working" Haitian-American daughter-in-law.

A significant number of African immigrants are Christians who joined U.S. evangelical congregations, and many have become advocates for more generous immigration policies and critics of Trump's views on the issue.

"This is my immigrant family, my true brothers and sisters in Christ Jesus," he wrote on the site of The Gospel Coalition, an evangelical group. "As a shepherd, I cannot abide the comments our president makes regarding immigrant peoples and their countries of origin. I cannot leave them alone to hear racist barbs, evil speech, incendiary comment, and blasphemous slander against the image and likeness of God in which they are made."

American connections with Christians overseas also have grown in recent years through mission projects often in Haiti and Africa.

In one of the more dramatic examples, Rick Warren, author of "The Purpose Driven Life," created a partnership between his Saddleback Church in California and the government of Rwanda that involved short mission trips by more than 2,000 congregants. Church members worked with more than 4,000 Rwandan churches providing health care, training pastors and helping orphan, among other projects.

At the same time, evangelicals are increasingly aware in a geographical shift in global Christianity. As its numbers shrink in North America and Western Europe, the Christian population is exploding in Africa, Asia and elsewhere, creating ties across borders.

Todd Johnson, director of the Center for the Study of Global Christianity at Gordon-Conwell Theological Seminary, said African Christians closely follow evangelical voting in the U.S., and have deep concern about American evangelical support for Trump.

"I heard many Africans say they were dumbfounded by this," Johnson said.

The Rev. Tish Harrison Warren, an author and Anglican priest who serves at The Church of the Ascension in Pittsburgh, Pennsylvania, worried about the fallout for the fellowship of evangelicals outside and inside the U.S. Her denomination, the Anglican Church in North America, was formed under the leadership of African Anglican bishops to serve conservative U.S. Episcopalians and others. Her local church includes parishioners from Uganda, Iran, Turkey, China and other countries.

"It hurts evangelism," Warren said of the president's comments. "I've sort of come to expect him to say outlandish things. I sort of expect that from him. But I do expect more from the church and from Christian leaders."