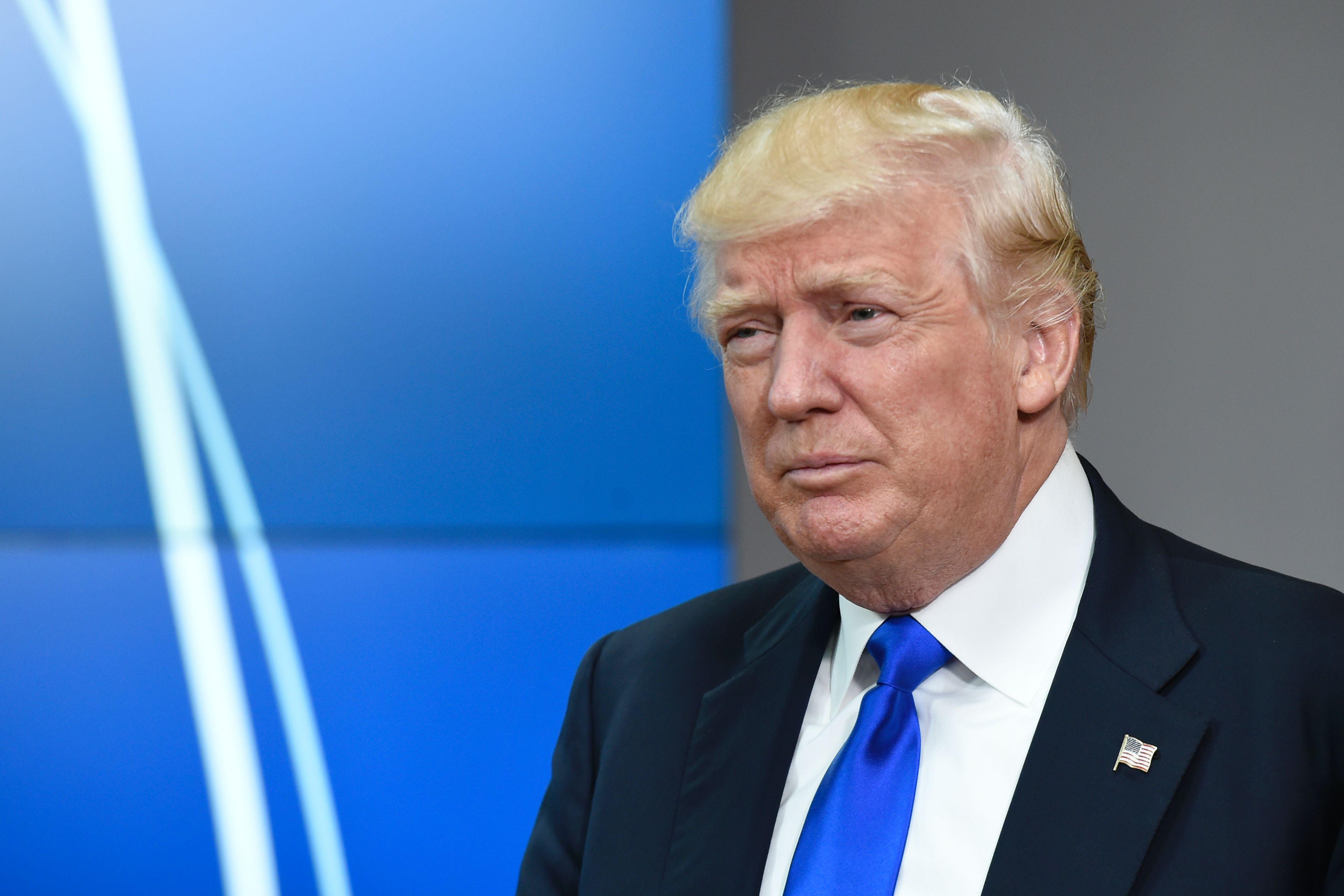 President Trump reissued his calls for NATO members to pay their "fair share" in order to help drive out terrorism and violent extremists across the globe.

Mr. Trump delivered remarks at the NATO summit unveiling of 9/11 and Berlin Wall memorials, a ceremony he called "a day for remembrance and resolve" and acknowledged NATO allies' swift response in invoking Article 5 of the Washington Treaty, the principle of collective defense, to aid the U.S. during the attacks on the World Trade Center in 2001.

Mr. Trump also reflected on his recent travels overseas, particularly his meeting with Arab and Muslim leaders in Saudi Arabia, where he said he "renewed his hope that nations of many faiths" can defeat terrorism.

Mr. Trump also re-launched his attack on those who committed the attacks in Manchester, England, calling it "a barbaric and vicious attack upon our civilization."

"All people who cherish life must unite in finding , exposing and removing these killers and  extremists and yes, losers, they are losers."

Mr. Trump added that "The horror you saw in Manchester will continue forever" without NATO being tough on terrorism and immigration.

"The NATO of the future must include a great focus on terrorism and immigration as well as threats from Russia and our NATO's eastern and southern borders," the president said, including Russia as a threat to NATO.  That statement came after Europeans had suggested a difference of opinion with Mr. Trump's view of Russia. European Council President Donald Tusk said after his meeting with the president, "I am not 100 percent sure that we can say today...that we have a common position, common opinion, about Russia." Tusk also said, though, that on the Ukraine conflict, "It seems that we ere on the same line."

The president added, "These grave security concerns are same reason I have been very direct with Secretary Stoltenberg and the alliance in saying NATO members must finally contribute their fair share and meet their financial obligations.

Mr. Trump then urged nations to pay their share for defense, and not putting the burden on taxpayers of the United States.

"Twenty-three of the 28 member nations are still not paying what they should be paying and what they're supposed to be paying for their defense. This is not fair to the people and taxpayers of the United States, and many of these nations owe massive amounts of money from past years and not paying in those past years," he said.

The president told NATO members that even two percent of GDP falls short.

"We should recognize that with these chronic underpayments and growing threats, even 2 percent of GDP is insufficient to close the gaps in modernizing readiness and the size of forces," he said.

In a seemingly backhanded remark shortly after those claims, Mr. Trump called into question the cost of the building of the new NATO headquarters.

"I never asked once what the new NATO headquarters cost. I refuse to do that, but it is beautiful," he said.

Mr. Trump added that the NATO alliance must make up for the many years lost and make full contributions to help confront the  "very real and very vicious threats" of terrorism.