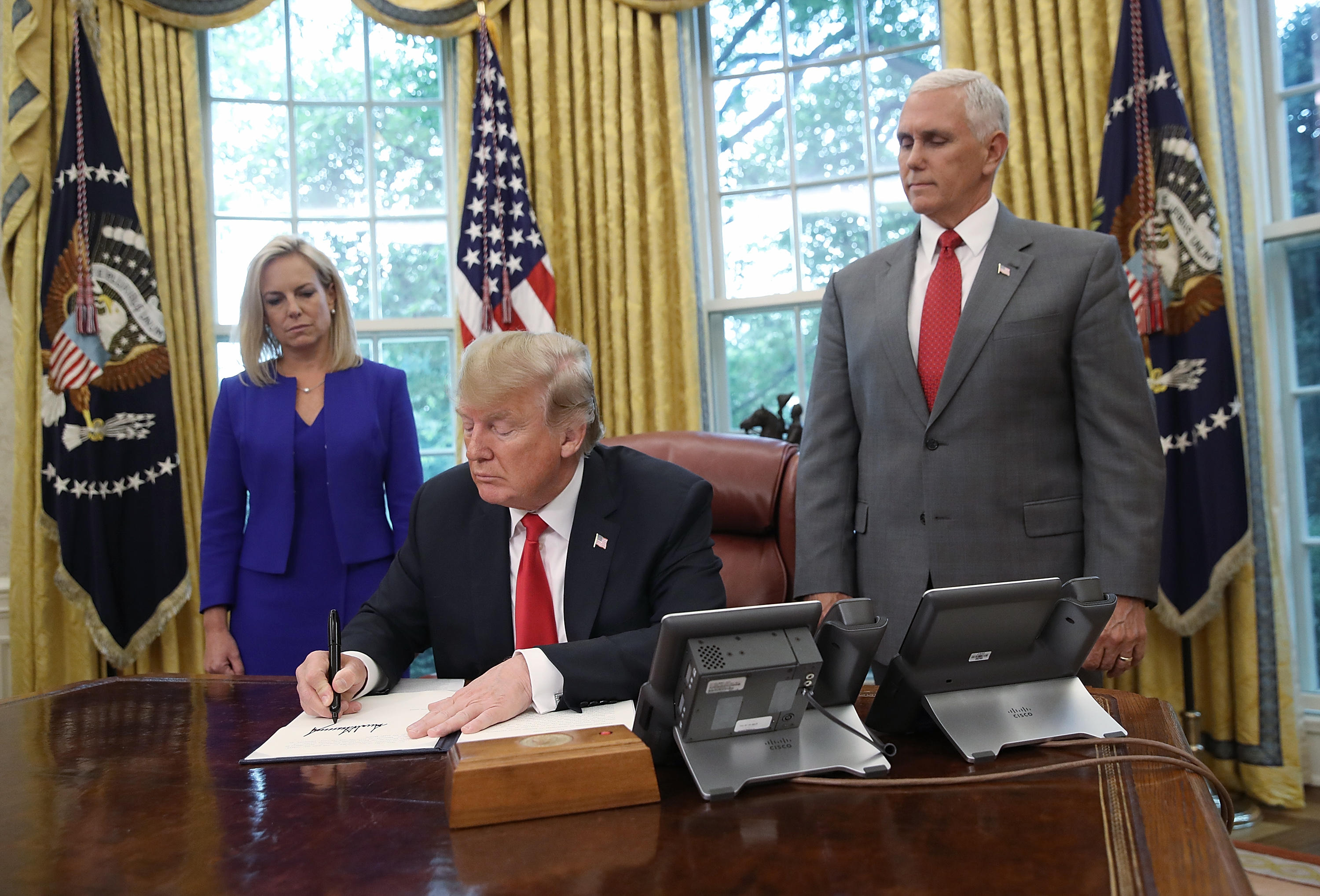 Though President Trump declared that the executive order he signed Wednesday would "solve" the problem of family separation while parents are prosecuted for illegal border crossing, the order is really only good for 20 days, CBS News' Paula Reid reports, citing a source familiar with the drafting of the order. The order does not override the 1993 Flores v. Reno Supreme Court case, which says that detained migrant children cannot be held in government detention facilities for more than 20 days.

Essentially, this means that after the 20-day mark, children may still be separated from their parents.

Immigration and Customs Enforcement (ICE) currently separates most families when they are apprehended for illegal border crossing, Reid notes. But now, with the executive order, the Department of Homeland Security (DHS) will take custody of the entire family. However, at the 20-day mark, under the Flores consent decree, the department will have to release the children from custody.

Nothing in the executive order stops the government from releasing the whole family, Reid says, but under Attorney General Jeff Sessions' zero-tolerance policy, which states that the U.S. will prosecute all who cross the border illegally, releasing the family is unlikely.

Reid also reports that Sessions is expected to immediately ask a federal California judge to modify the Flores consent decree to permit the government to detain families together throughout the entire prosecution and deportation processes.

It is unclear how long this will take to litigate or whether the judges would be willing to permit indefinite detention of minors.

This means that Congress is still under pressure to reach a more lasting solution, and President Trump said that the administration would still be working with Congress to fix the problem.

CBS News' Nancy Cordes reports that most lawmakers do not view the order as a permanent fix, and many believe that either congressional legislation will have to fill in the gaps, or the Trump administration will need to back down from its zero-tolerance policy.

The executive order does not undo or diminish Sessions' zero tolerance policy, which has caused the spike in parent-child separations at the southern border.