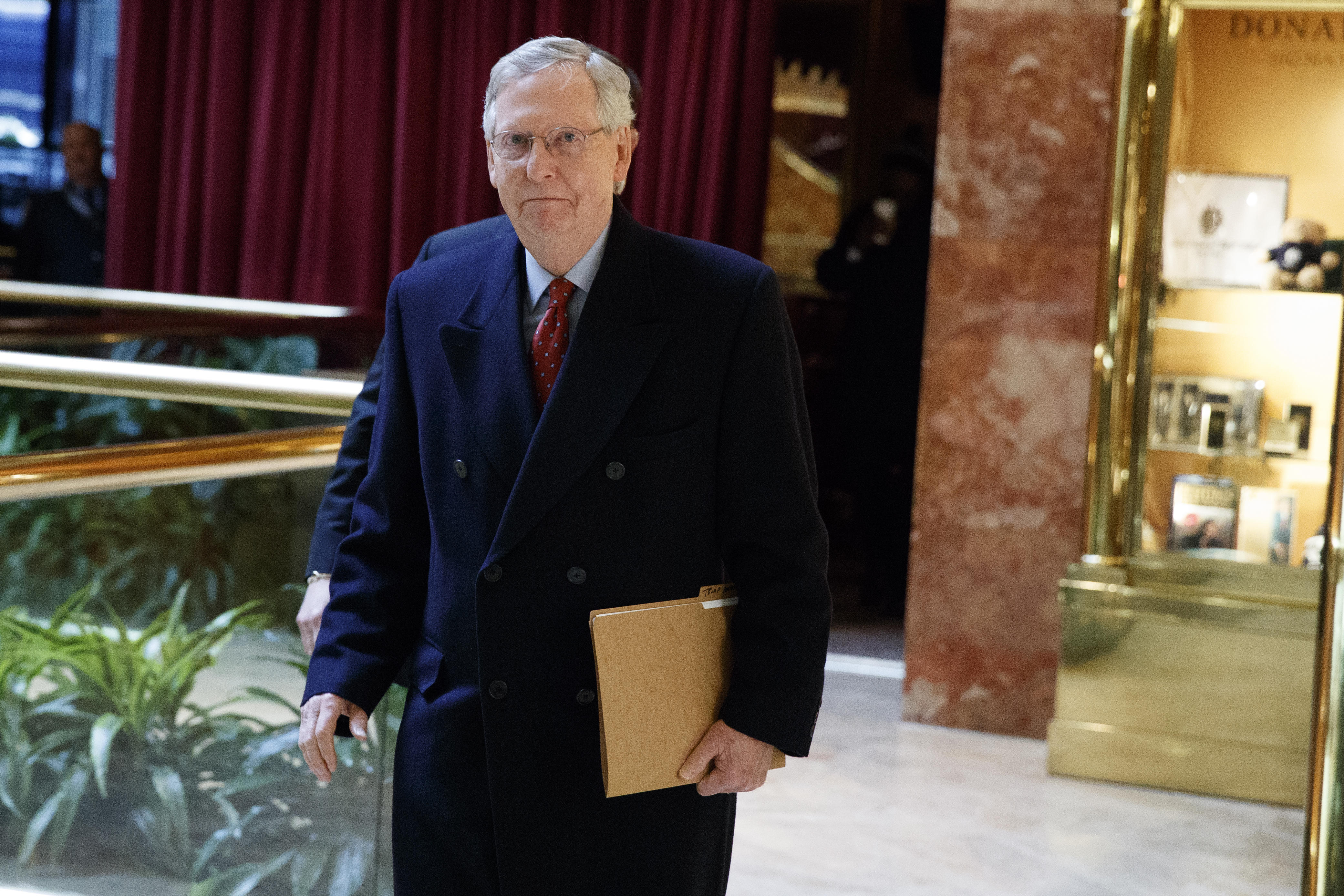 Afterward, McConnell told reporters they’d had a “good meeting” about the Senate agenda, including the confirmation of Mr. Trump’s nominees and “getting further down the road towards repealing and replacing Obamacare.”

As he mentioned on Sunday, McConnell said he was hopeful that they would finish with “six or seven” -- in particular, the national security team -- in order to get them in place on Day One.

On a call with his transition team, spokesman Sean Spicer said the president-elect would also be meeting with Dr. David Shulkin, the undersecretary for health at the Veterans Affairs Department.

Democrats have taken issue with the hearing schedule’s quick pace.

McConnell had demanded that Cabinet contenders complete such paperwork before their hearings back in 2009, and on Monday, he promised, “Everyone will be properly vetted, as they have been in the past.”

Alabama Sen. Jeff Sessions will face his Senate colleagues on Tuesday morning, in the first of the confirmation hearings.