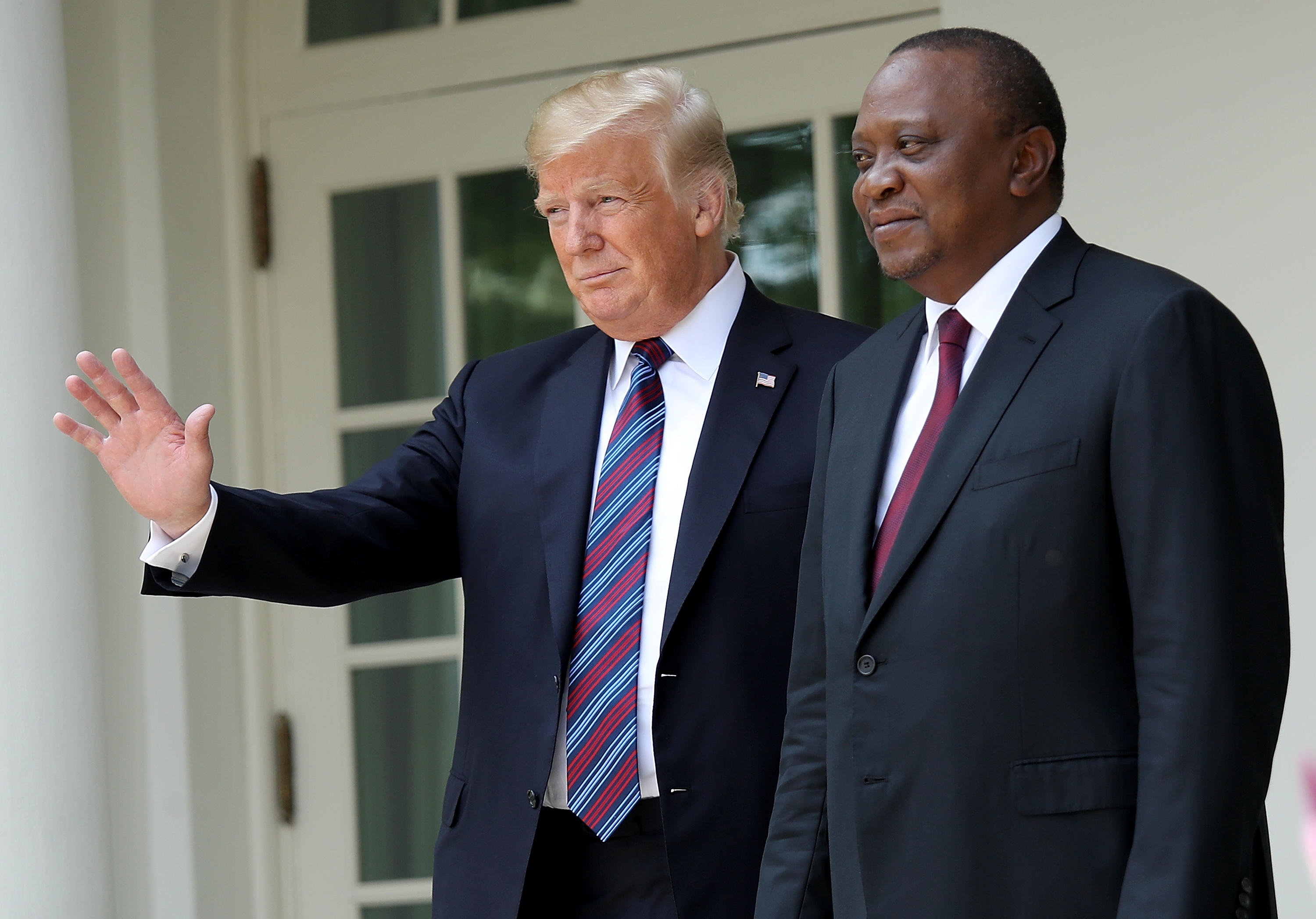 President Trump sidestepped reporters' questions three separate times about Sen. John McCain in his first scheduled appearance since the senator's death Saturday. The president and first lady welcomed Kenyan President Uhuru Kenyatta to the White House on Monday where much of the focus remained on the president's muted response to McCain's passing.

Earlier in the day, during an announcement on NAFTA negotiations, when the president announced a trade "understanding" with Mexico that could lead to a new trade agreement, Mr. Trump ignored reporters' shouted questions about a statement on McCain's passing.

During an Oval Office welcome with Kenyatta and his wife, Margaret Kenyatta, Mr. Trump said they would discuss terrorism and trade. In a separate gathering with Kenyatta in the Cabinet Room, Mr. Trump again ignored questions about McCain. The president instead touted the stock market, saying Kenyatta "picked a good day to come" adding, "We're in a good mood."

While lawmakers across the globe shared personal anecdotes and sentimental postings on social media, the president, in a tweet Saturday night following news of McCain's death, simply offered his "deepest sympathies and respect" to McCain's family. The White House later issued a post on its official Instagram account, dedicating a page to the late senator.