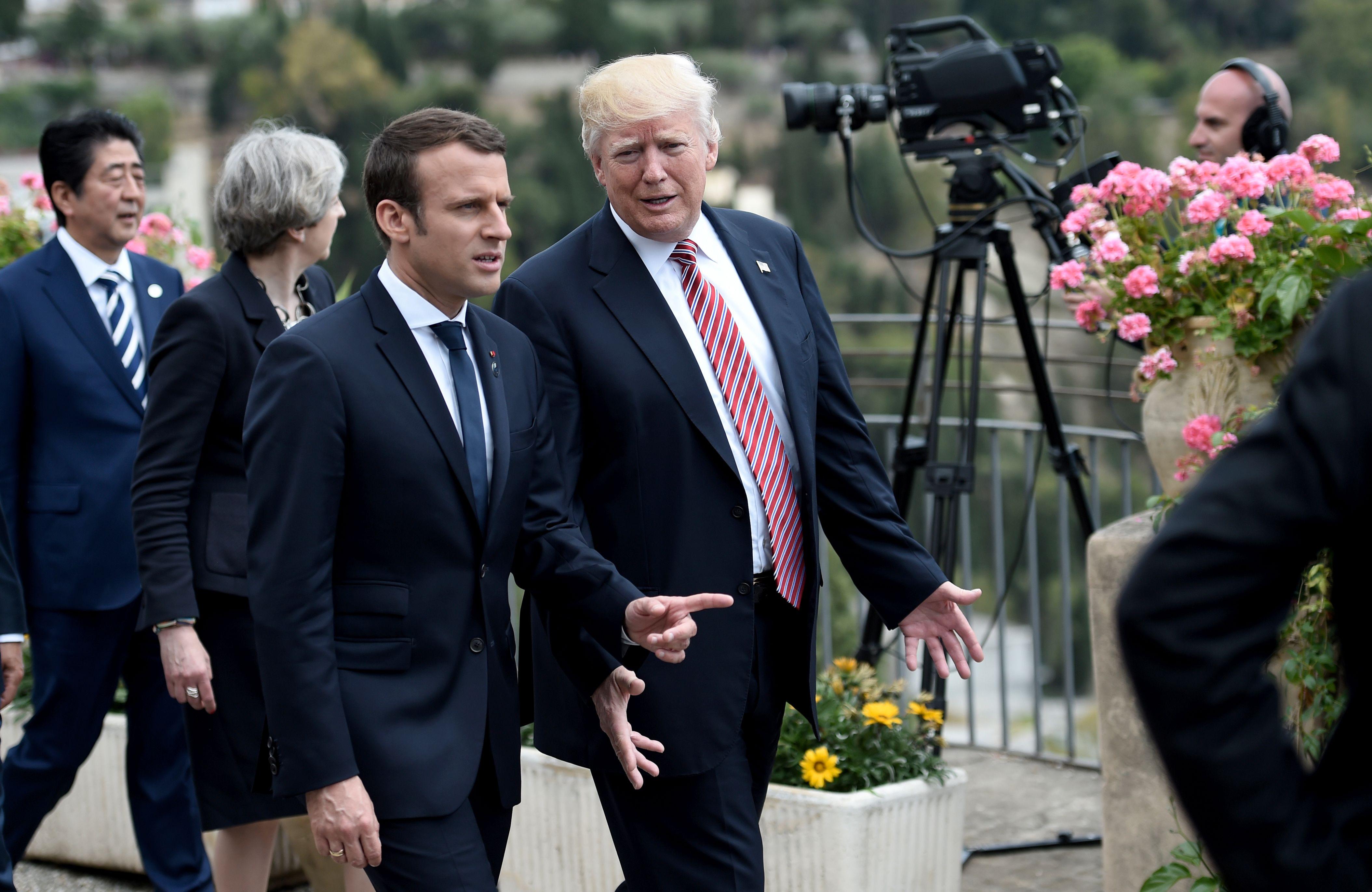 President Trump and French President Emmanuel Macron discussed the importance of a unified response in the event of another chemical attack in Syria, according to a readout of a phone call the two held Tuesday.

The readout from the French president's official residence Élysée Palace, obtained by the White House press pool reporter, said Mr. Trump and Macron discussed the cooperation after the U.S. government after the Pentagon confirmed it had detected "potential" evidence of preparations for a chemical assault in Syria.

The initial White House readout of the call between the two world leaders simply said they discussed "the current situation in the Middle East," without mentioning Syria specifically.

In the White House statement Monday night warning Syrian leaders against a chemical attack, Press Secretary Sean Spicer said the U.S. "has identified potential preparations for another chemical weapons attack by the Assad regime that would likely result in the mass murder of civilians, including innocent children."

"As we have previously stated, the United States is in Syria to eliminate the Islamic State of Iraq and Syria," Spicer's statement said. "If, however, Mr. Assad conducts another mass murder attack using chemical weapons, he and his military will pay a heavy price."

The Pentagon gave more details Tuesday about its warning to Syrian President Bashar al-Assad, saying the U.S. had spotted activity in Syria at an aircraft shelter at Shayrat airfield known to be associated with chemical weapons, as CBS News' David Martin has reported. Shayrat airbase is where U.S military struck with cruise missiles earlier this year, after Assad -- U.S. officials believe -- unleashed a deadly chemical weapons assault from the base.

Macron and Mr. Trump have differed on some areas of international policy and intervention -- such as the Paris climate agreement -- but the two are keeping communications lines open, as Tuesday's call evidenced. Additionally, Macron asked Mr. Trump and first lady Melania Trump to attend a parade on July 14th to celebrate the 100th anniversary of the U.S. entering World War I.