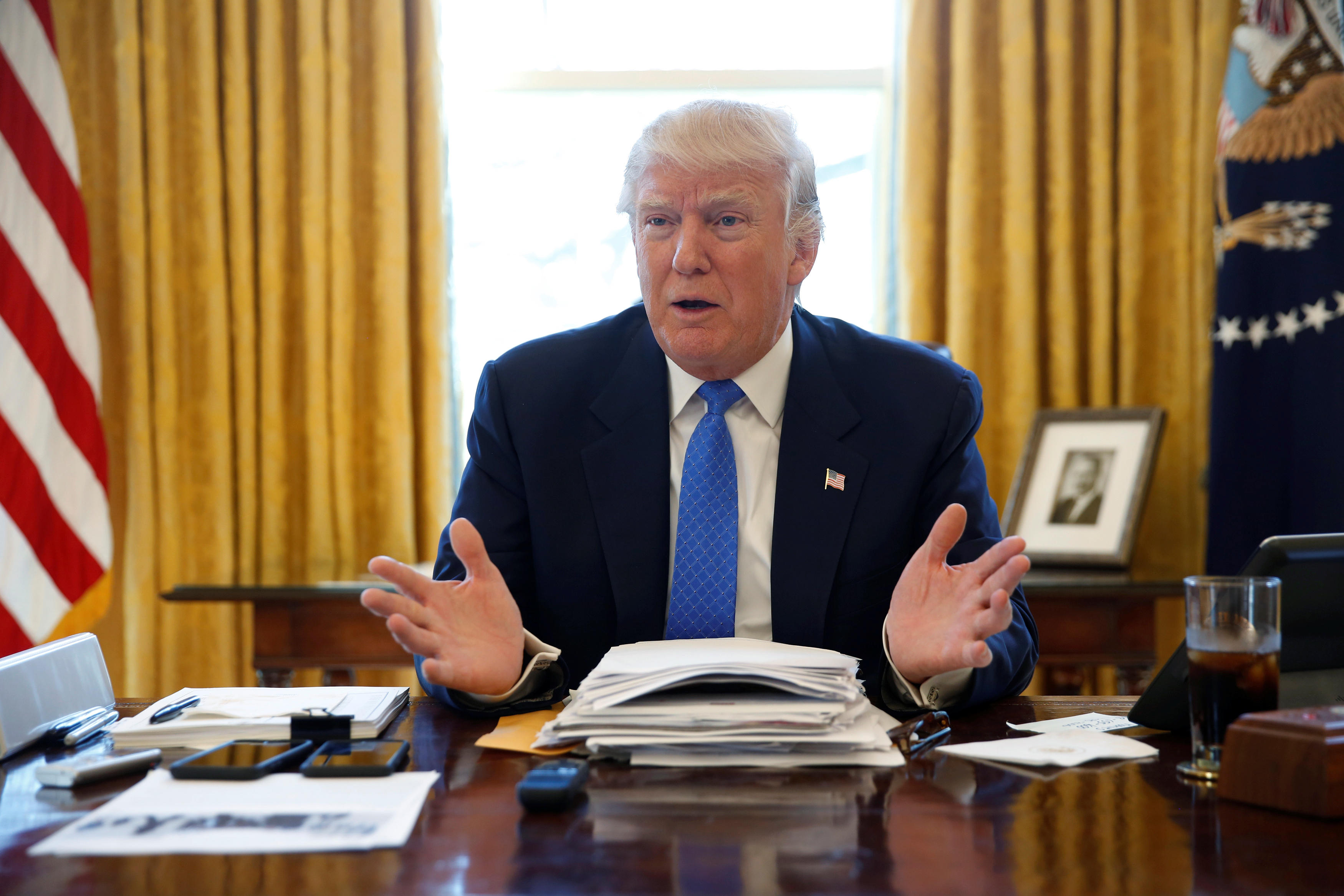 Mr. Trump didn’t acknowledge questions from CBS News’ chief White House correspondent Major Garrett as he stepped out of the Oval Office and into the next room, leaving a folder with the orders on his desk. Vice President Mike Pence snatched the folder and followed him out the door.

Mr. Trump tweeted Friday that Flynn “should ask for immunity” in the “witch hunt” by the media and Democrats, after news broke Thursday night that Flynn is seeking protection before testifying amid Russia probes. Flynn left the White House in February, after not even a month on the job, for misleading Pence about his contacts with the Russian ambassador.

Word that Flynn is seeking protection fueled the already intense focus on any ties between Mr. Trump’s White House and Russia. Flynn’s request for protection has raised questions from members of Congress about just what he believes he needs protection from, as well as which high-level U.S. officials might be implicated in any such testimony.

The Flynn revelation came after the Senate Intelligence Committee finished its first day of hearings on any Russian intervention in the 2016 election, and the week after FBI Director James Comey indicated the FBI is investigating any ties between Mr. Trump and the Russian government.

Omicron: What we know - and don't know - about the new COVID variant
Kathryn Watson