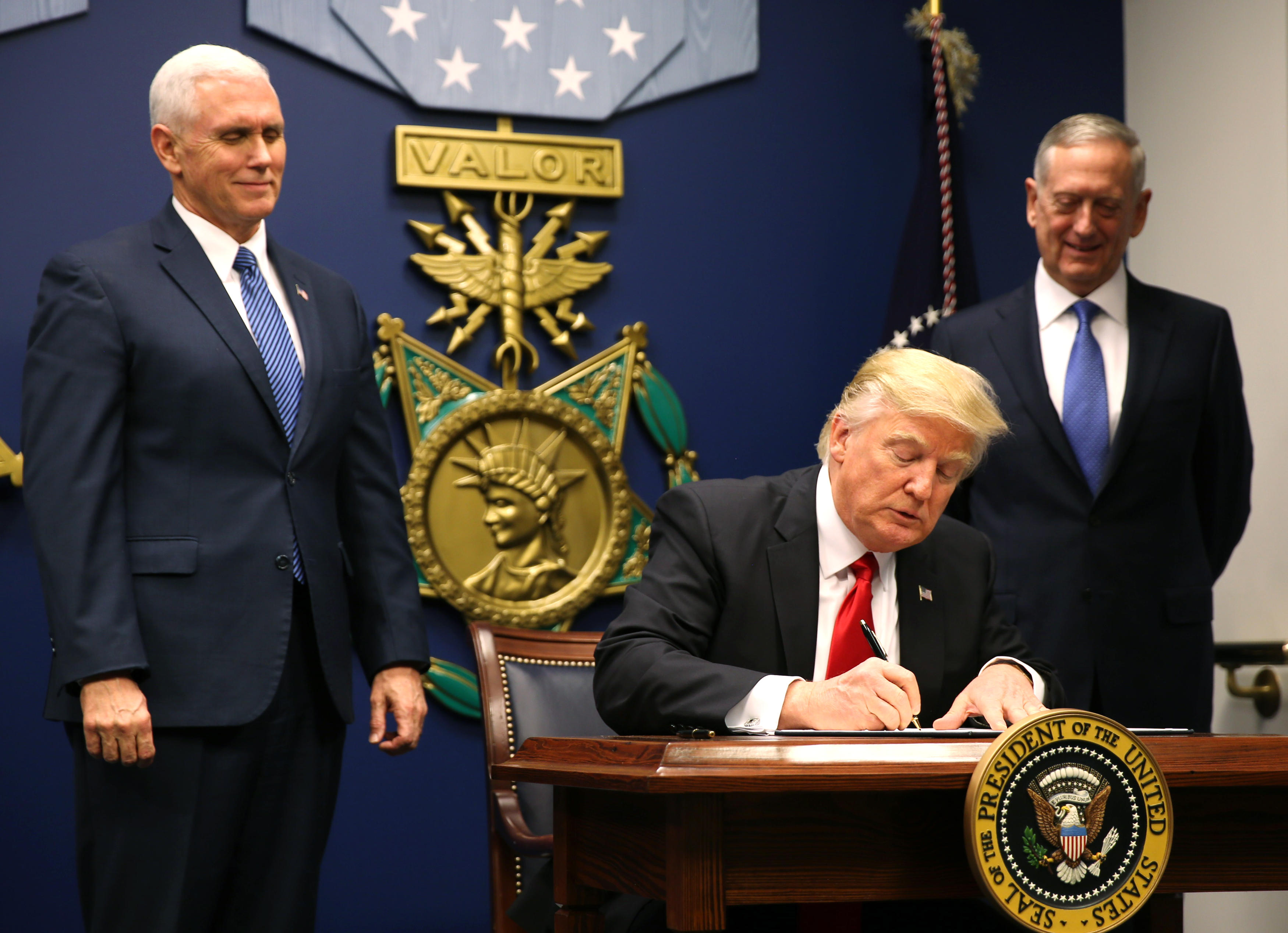 WASHINGTON --  The Department of Homeland Security says a New York court order temporarily barring the U.S. from deporting people from nations subject to President Donald Trump’s travel ban will not affect the overall implementation of the White House executive action.

The agency said the court order affected a relatively small number of travelers who were inconvenienced by security procedures upon their return.

The department’s statement said: “President Trump’s Executive Orders remain in place - prohibited travel will remain prohibited, and the U.S. government retains its right to revoke visas at any time if required for national security or public safety,” according to the DHS statement.

In the wake of Mr. Turmp’s executive order, the State Department has also seemingly halted visa processing for those from the affected countries.

“If you are a citizen of one of these countries, please do not schedule a visa appointment or pay any visa fees at this time,” the department said in an “urgent notice: issued to foreign nationals this weekend. “If you already have an appointment scheduled, please DO NOT ATTEND. You will not be permitted entry to the Embassy/Consulate.”

Nearly two days after the president’s executive action, the Justice Department also made its first comments about the order.

A senior Justice Department official told CBS News that the Office of Legal Counsel (OLC), traditionally charged with reviewing executive orders for form and legality before they’re issued, had looked at the order before Mr. Trump signed it Friday.

“Through administrations of both parties, the Office of Legal Counsel (OLC) has consistently been asked by the White House to review Executive Orders for form and legality before they are issued,” the DOJ official said in a statement. “That review is limited to the narrow question of whether, in OLC’s view, a proposed Executive Order is on its face lawful and properly drafted.”

“OLC has continued to serve this traditional role in the present administration,” the statement said.

Stephen Miller, a senior adviser to the White House, said that nothing in the judge’s order “in anyway impedes or prevents the implementation of the president’s executive order which remains in full, complete and total effect.”

Judge Ann Donnelly made the ruling a day after Mr. Trump signed the executive order that changed American immigration and refugee policies. The order banned people from seven countries with Muslim majorities -- Syria, Iraq, Libya, Iran, Sudan, Somalia and Yemen -- from entering the U.S. It also placed a temporary hold on any refugees entering the U.S. for 120 days, until officials decide on a new screening process, and placed an indefinite hold on the entry of Syrian refugees fleeing war in their country.

Senior administration officials told CBS News that green card holders from the seven listed countries would be evaluated on a case-by-case basis to determine if they can enter the U.S.

But on Sunday, Reince Priebus, Mr. Trump’s chief of staff, assured NBC’s “Meet the Press” that green card holders will not be affected by the executive order. Later, however, he said “further screening” will be applied to green card holders.

Providing some insight into further White House directives on travel, Priebus warned, that U.S. citizens who frequently traveled to and from the affected countries could also be subjected to more questioning.

The ban barring citizens of seven predominantly Muslim nations entry into the U.S. has sparked protests around the country Saturday night and Sunday.

Mr. Trump billed his sweeping executive order as a necessary step to stop “radical Islamic terrorists” from coming to the U.S.

Mr. Trump’s order singled out Syrians for the most aggressive ban, indefinitely blocking entry for anyone from that country, including those fleeing civil war.

The directive did not do anything to prevent attacks from homegrown extremists who were already in America, a primary concern of federal law enforcement officials. It also omitted Saudi Arabia, home to most of the Sept. 11 hijackers.

As a candidate Mr. Trump pledged to temporarily ban Muslims from coming to the U.S., then said he would implement “extreme vetting” for people from countries with significant terror concerns. He told reporters Saturday the order is “not a Muslim ban.”

“It’s working out very nicely,” Mr. Trump said of the implementation of his order. “We’re going to have a very, very strict ban and we’re going to have extreme vetting, which we should have had in this country for many years.”