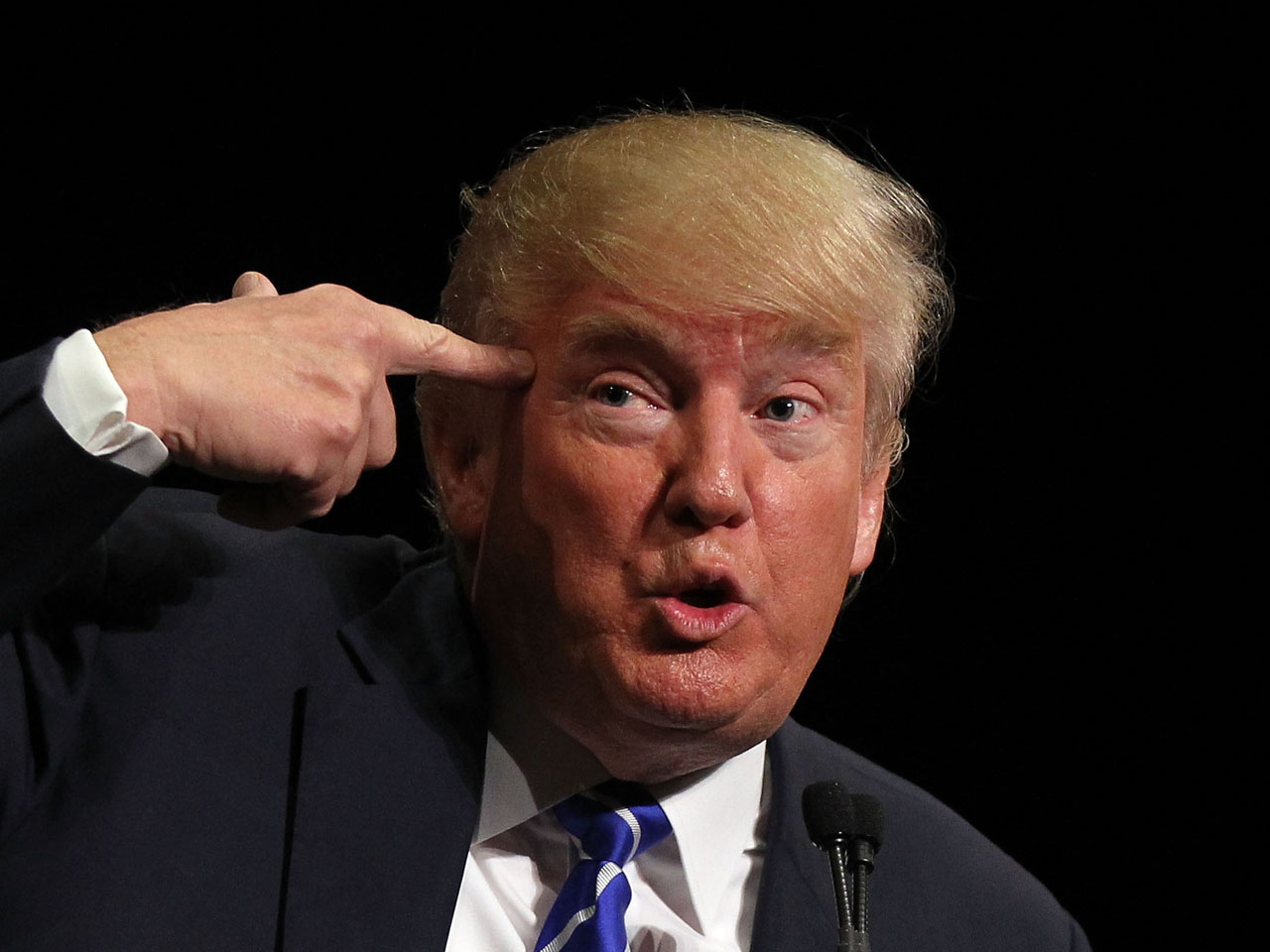 Donald Trump attacked Republican presidential rival Jeb Bush on the Florida Republican's home turf on Saturday, a day after the former governor announced he was restructuring his campaign and slashing staff salaries.

"Bush now has gotta cut back," Trump said at a campaign rally in Jacksonville, Florida. "Here's a guy who wants to run our country. And he can't even run his own campaign. And you know what? He's cutting back big."

The billionaire diagnosed Bush's campaign as "failing" and supplied with "no money." His White House bid, Trump said to wild applause, was "losing badly and embarrassing his family."

While Trump's claims may be exaggerated -- Bush isn't in the red just yet, with third quarter fundraising totals showing his campaign with $10.3 million cash on hand -- the former Florida governor is struggling with finances.

CBS News also reported Friday that Bush is expected to attend a finance meeting over the weekend in Texas, called together by former President George H. W. Bush. Brother George W, Bush will also be in attendance, along with his mother, Barbara Bush.

The Bush family is becoming increasingly involved with the former Florida governor's campaign for the White House. On Oct. 29, George W. Bush, who has stayed out of the spotlight since leaving the Oval Office, will also headline a fundraiser for his brother in Washington, D.C.'s affluent Georgetown neighborhood.

He contrasted Bush's failures to manage his campaign with his own success and lean operating costs.

"I put up less money than anybody else, and I'm number one," Trump said. "Other people have spent $25, 30 [million]. I think they reported the other day I put up $2 million. I could trade that to one of these other candidates."

Trump supporters at the Jacksonville rally have taken the real estate mogul's business acumen as a sign that he's more than capable of jumpstarting the American economy.

"I believe Mr. Trump's the man that can find that waste and can put it to good use," Larry Koonce, a 67-year-old retiree from Georgia, told CBS News. "We have a tremendous amount of debt in this country. Congressional Budget Office has put the numbers out. $24 trillion in debt. It's pretty much the point of no return. We don't have long to go."