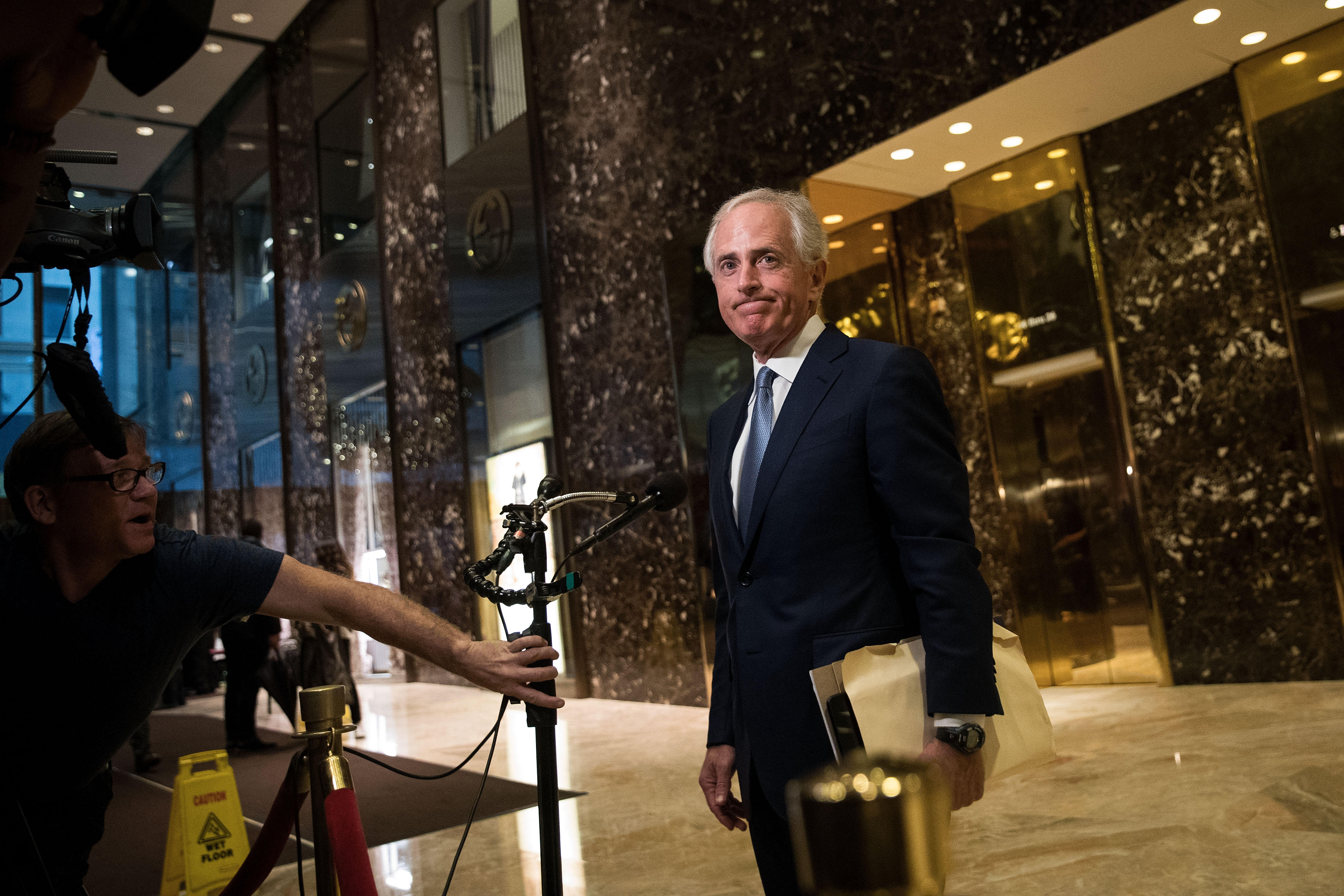 President Trump is keeping his Twitter fight with Republican Senator Bob Corker alive with a claim that the New York Times had "set Liddle' Bob Corker up" by recording him in its recent interview. In that interview, the Tennessee senator said Mr. Trump's leadership style would set the country "on the path to World War III."

Mr. Trump added that Corker "was made to sound a fool, and that's what I am dealing with!"

The nickname is similar to the one Mr. Trump bestowed on his former opponent in the 2016 presidential race, Sen. Marco Rubio, R-Florida, whom he derided as "Little Marco."

The newest tweets come as an extension of the president's previous tirades against the Tennessee Republican, who he says "begged" for his endorsement and was a "negative voice" standing in the way of his "great agenda."

But Corker told the New York Times in an interview that ran Monday that Mr. Trump "called me just last week, asked me if I would reconsider."

Corker said the president promised, "'You know, if you run, I'll endorse you.'"

"I said, 'Mr. President, it's just not in the cards. I've already made my decision,'" Corker told the Times.

On Sunday in response to Mr. Trump's Twitter attacks on him, the Tennessee senator tweeted, "It's a shame the White House has become an adult day care center."

Corker's interview with the New York Times also revealed the senator's dismay about the president. Mr. Trump, Corker said, was treating the White House like "a reality show" and exhibiting questionable leadership style.

"I know for a fact that every single day at the White House, it's a situation of trying to contain him," Corker said to the Times.

"If Bob Corker has any honor, any decency, he should resign immediately," Bannon added.

Fellow Republican Senator Lindsey Graham, who spent his Columbus Day holiday golfing with the president, told reporters on Capitol Hill on Tuesday that he thinks Mr. Trump "was a little taken aback" by Corker's comments.

While the feud shows little sign of slowing down, Former House Speaker Newt Gingrich suggested on "CBS This Morning" on Tuesday that the two gentlemen need to "get together for lunch and get over it."