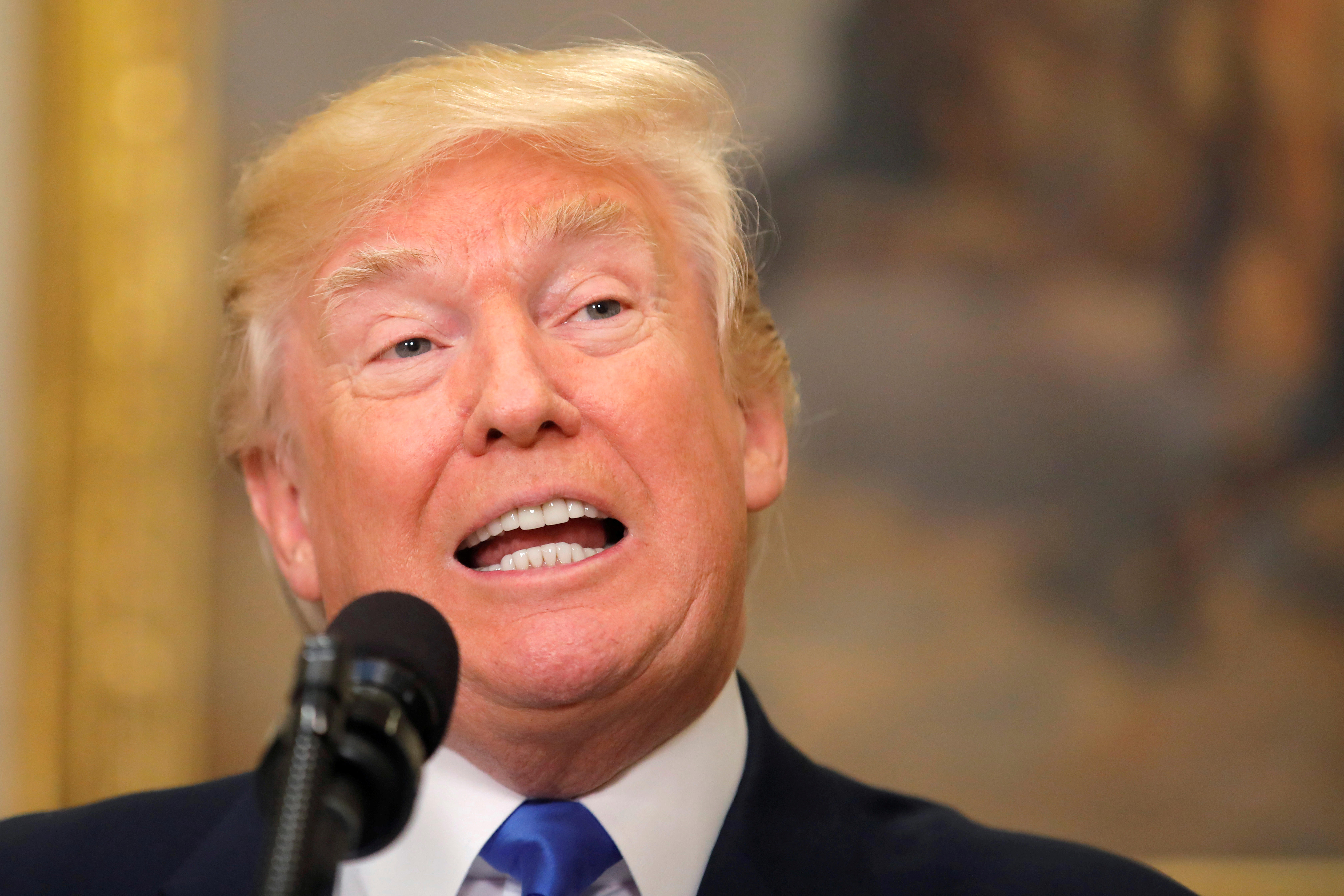 President Trump expressed outrage Wednesday at Sen. Dianne Feinstein who defied Republicans and released testimony a day earlier from an interview with the co-founder of Fusion GPS, the firm that commissioned a dossier of allegations about Mr. Trump's ties to Russia.

Mr. Trump claimed on Twitter that the California Democrat has stated on "numerous occasions" that no collusion took place between his presidential campaign and Russia during the 2016 election. He said that her decision to release testimony was "possibly illegal."

Feinstein, the top Democrat on the Senate Judiciary Committee, is up for re-election this year and has served in the Senate since 1992.

A few minutes after his first tweet, Mr. Trump posted another one in which he reiterated that no collusion occurred and that the "single greatest witch hunt in American history continues."

In May, Feinstein was asked by CNN whether she's seen evidence of collusion between Trump campaign associates and Russia. At that time, she replied that she had not.