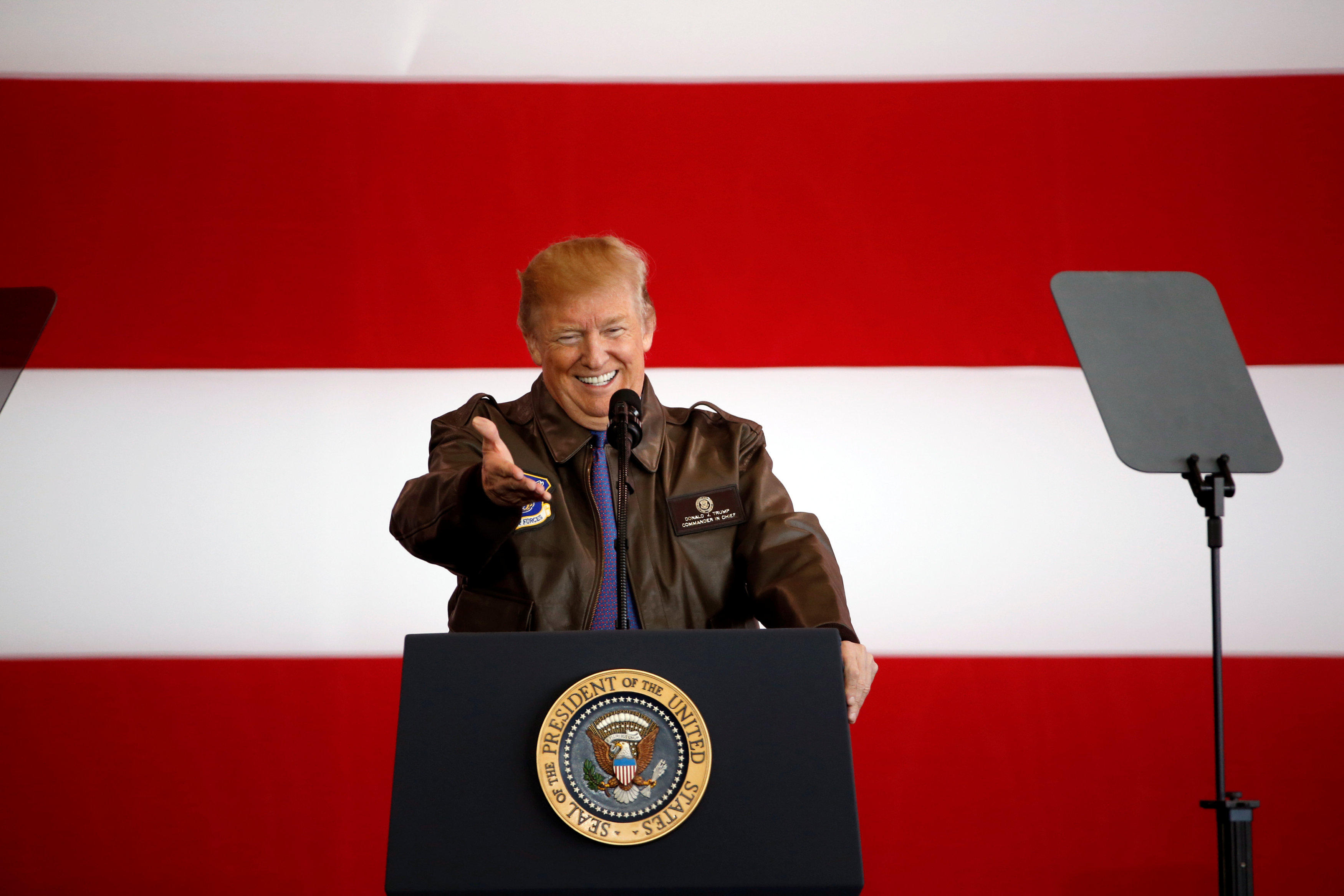 TOKYO -- President Trump landed in Japan early Sunday morning and used the first moments of his Asia trip to denounce North Korea as "a big problem" that must "be solved."

Mr. Trump told reporters traveling with him to Japan on Air Force One on Sunday that "there's been 25 years of total weakness" in dealing with the North.

Some regional analysts have speculated that Mr. Trump's presence in Asia may prompt North Korea to take provocative action, such as carrying out a missile test.

When asked about that possibility, Mr. Trump said: "We'll soon find out."

The president also said he'll go into his meetings with Chinese President Xi Jinping on equal footing. He said Xi is "is viewing us as very, very strong."

Mr. Trump landed Sunday at Yokota Air Force base in Fussa, outside Tokyo.

Mr. Trump called Japan a "treasured partner and crucial ally" as he kicks off a tour of Asia.

Mr. Trump addressed service members at Yokota Air Force base outside Tokyo immediately after arriving in Japan on Sunday morning. He thanked Japan "for welcoming us and for decades of wonderful friendship between our two nations."

Mr. Trump and first lady Melania Trump were welcomed by an enthusiastic crowd. The president was given a bomber jacket. He quickly put it on after removing his suit jacket and said: "I like this better."

Mr. Trump also told the service members that he wanted to "celebrate your achievements."

Japan is the first stop on Mr. Trump's five-nation Asia tour. The president will also visit South Korea, China, Vietnam and the Philippines.