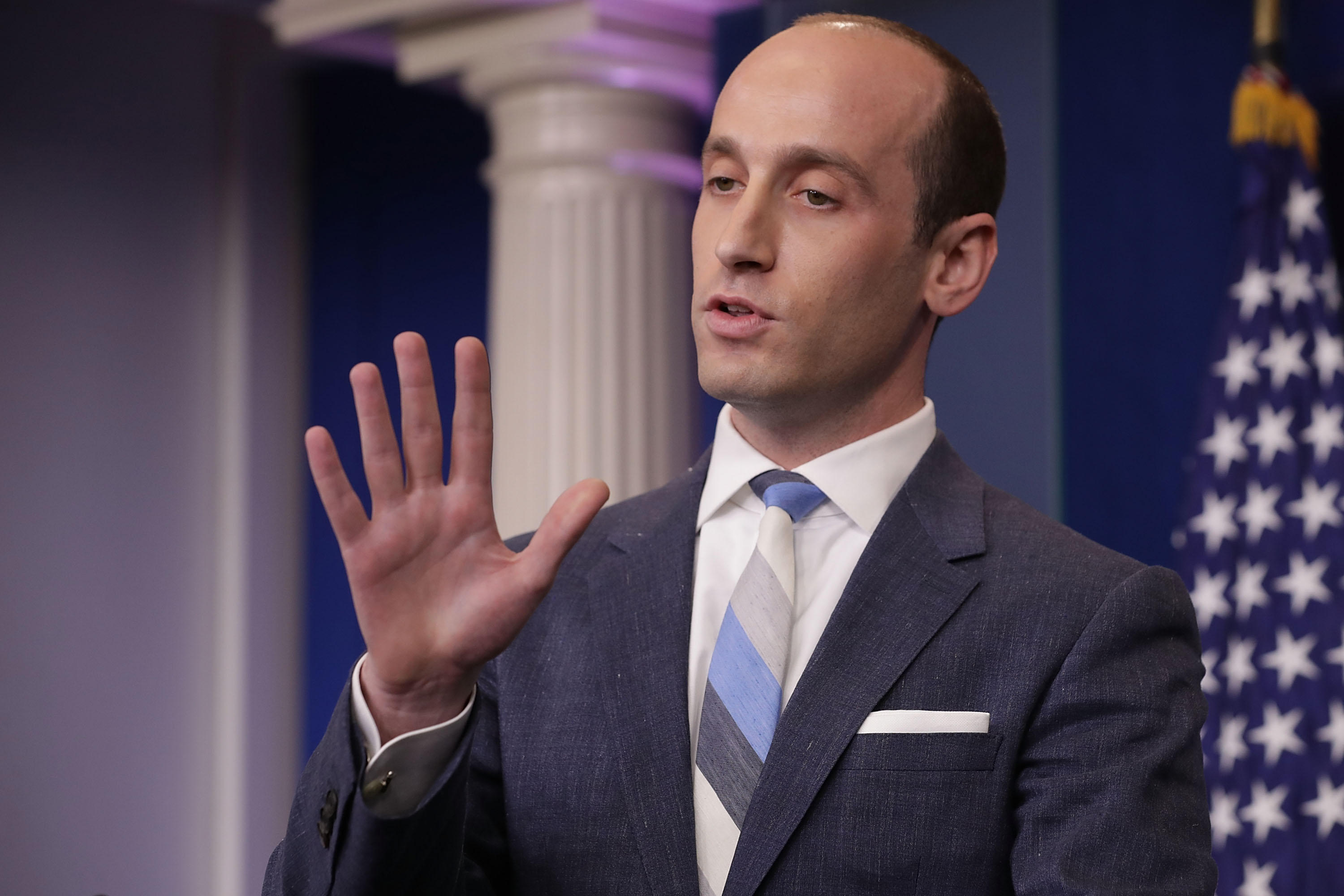 A poem at the Statue of Liberty that is a national symbol for the country's embrace of immigrants became the topic of a rancorous exchange Wednesday at a White House news conference to announce President Donald Trump's push for immigration reform.

Senior White House aide Stephen Miller told reporters the poem written by Emma Lazarus about the "huddled masses" is not part of the original Statue of Liberty.

Miller said the statue is a "symbol of American liberty lighting the world" and suggested it had little to do with immigrants.

Miller was responding to a question from CNN reporter Jim Acosta asking if the Trump administration's new merit-based green card proposal was keeping with U.S. tradition.

The reporter read a line of the Lazarus sonnet, "Give me your tired, your poor, your huddled masses."

"The poem you were referring to was added later," Miller said. "It's not actually part of the originally Statue of Liberty."

The National Park Service says Lazarus' sonnet depicts the statue "as the 'Mother of Exiles:' a symbol of immigration and opportunity — symbols associated with the Statue of Liberty today."

The statue was a gift from France commemorating its alliance with the United States during the American Revolution. Edouard de Laboulaye, a French political thinker and abolitionist, proposed the idea of the statue and made sure broken shackle and chain were at the right foot of the statue.

Writers and authors later asked Emma Lazarus, a poet and descendant of Jewish immigrants, to write a sonnet to be sold at an auction to raise money for a pedestal to hold the Statue of Liberty.

She wrote "The New Colossus" on Nov. 2, 1883, inspired by the plight of immigrants and refugees and her own experiences. The poem appeared in Joseph Pulitzer's New York World and The New York Times.

She died four years later and the poem eventually faded from public memory.

In 1901, a Lazarus friend, Georgina Schuyler, found a book containing the poem and started an effort to resurrect the work. Her words were eventually inscribed on a plaque and placed on the statue's pedestal.

The poem reads, "Give me your tired, your poor,

The wretched refuse of your teeming shore."

The Statue of Liberty and nearby Ellis Island have since become welcoming symbols for immigrants and refugees coming to the United States.

It draws thousands of visitors each day.